RAID is standing for redundant array of inexpensive drives/disks, which means series of hard drives/drives like a super hard drive. RAID is a solution that was developed originally for the network server market as a way of creating large storage at a lower cost. As time went by, it puts multiple lower cost hard drives together through a controller to provide a single larger capacity drive.

RAID is a way of storing the same data in different places on multiple hard disks, and most of the systems used a single drive to store data before RAID devices became popular. Five of RAID levels are commonly used, they are:

Besides all above, there are more levels: RAID 2, RAID 3, RAID 4, RAID 6, RAID 7, etc. All of them have different functions and do different things.

RAID levels storage now can be used for three distinct purposes, including:

Capacity: Capacity is a simple one that is especially involved in most every type of RAID setup used. For example, two hard drives can be linked together as a single drive to the OS effectively making a virtual drive that is twice the capacity.

In order to further understand RAID levels, we need to learn the three main glossaries of RAID: 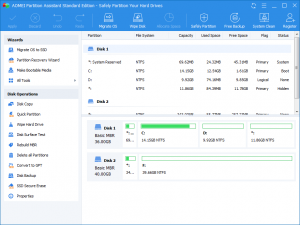