When it comes to expand system partition, someone worried about losing data naturally. I understand it. In Windows Server 2012, you can extend and shrink drives with its disk management. But, unfortunately, resize partition with shrink feature and then extend system C: drive with the extend feature is impossible usually. Because to extend a drive there should be an “unallocated” space behind it, so you cannot extend the system C: drive by shrinking the D: drive directly. The only choice is deleting volume D or moving it. This is not reality. Thus it can be seen that, to extend system partition on Windows Server 2012 is inconvenience with Windows built-in disk manager.

Besides Windows disk management, you can also try professional third-party partition software. To select a 3rd party tool, you should concern about its security, stability and usability. At last, AOMEI Partition Assistant Server stands out from software market base on comprehensive comparison. Its simple and friendly interface decides it is ease to use. It receives 5-star from the famous CNET verify it is safe and reliable. Following are tutorial to extend system partition on Windows Server 2012 with AOMEI Partition Assistant Server Edition.

Step 1: Download it from AOMEI official website, install and run. You will see the main screen and disk map as the following picture. 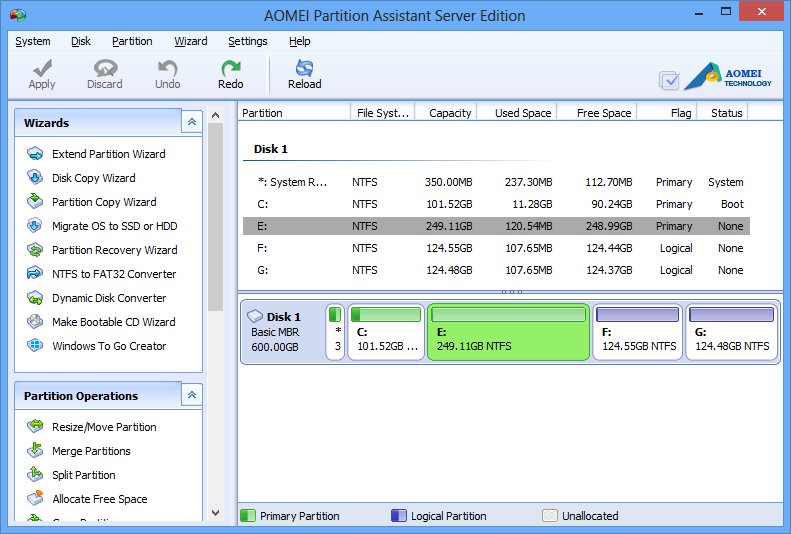 Step 2: Right click partition E and select “Allocate Free Space” option. In the pop-up window, type the value and select C:(system partition). Click “OK” to back to the main screen. 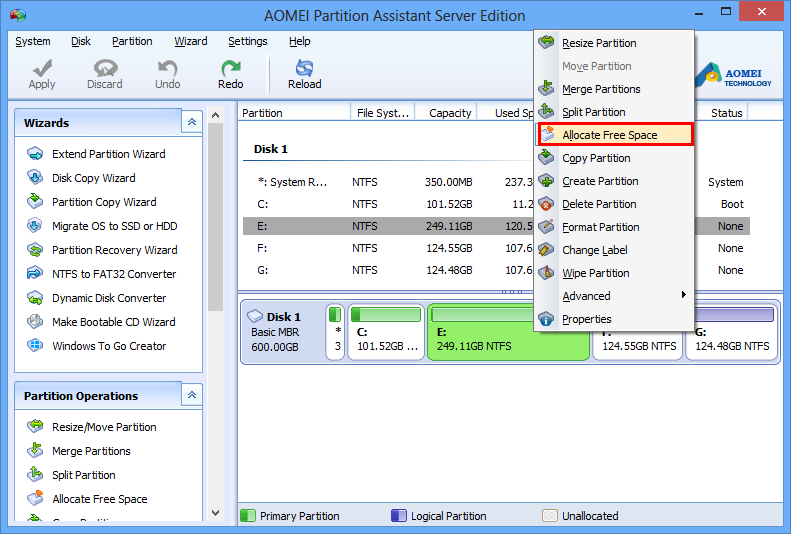 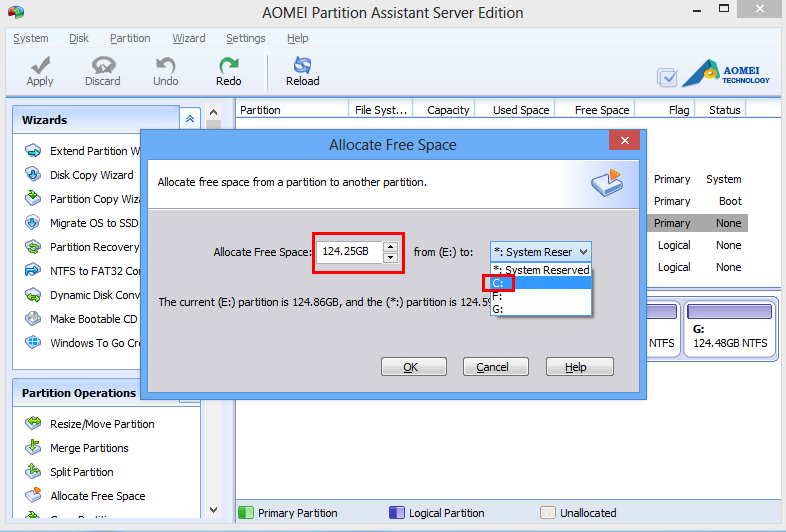 Step 3: Now you can see there are three pending operations. Just click “Apply” to proceed if you have no question. 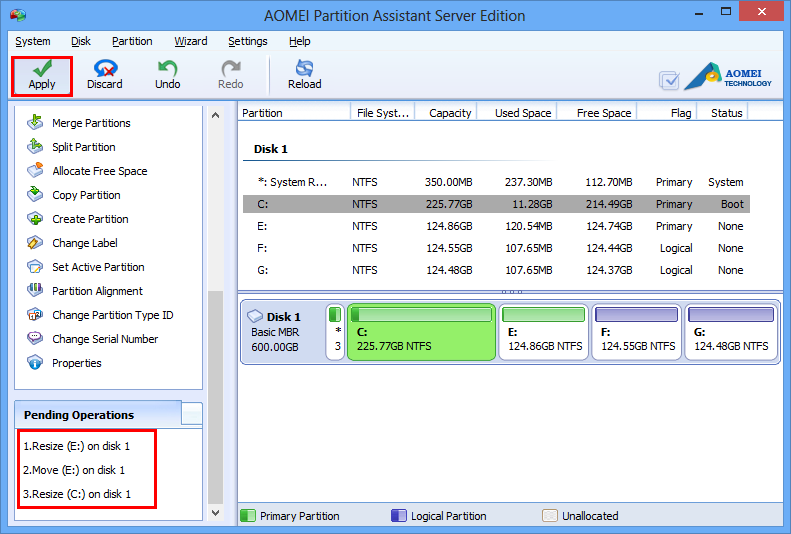 Besides this solution, you can also choose the option of “Extend Partition Wizard” from the left toolbar. See picture below. 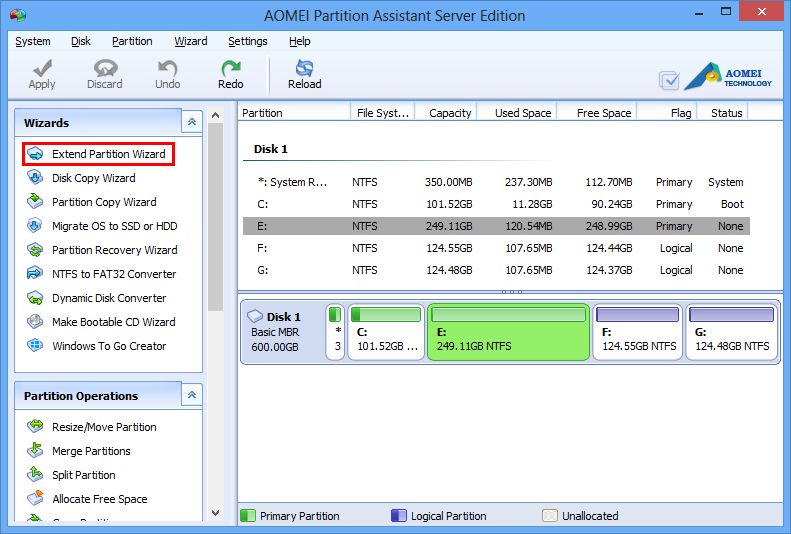 When you select it, in the pop-up window, the first method is wizard of extending system partition on Windows Server 2012. Click “Next” to go. Here I won’t explain any more, I suggest you try and enjoy it by yourself. 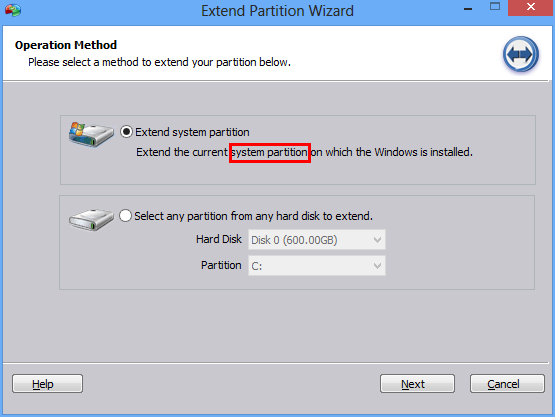 AOMEI Partition Assistant Server Edition can take the place of Windows Server 2012 disk management completely. Actually, it also supports Windows personal computer operating system: Windows 10/8.1/8/7/XP/Vista, all is no problem. Other Windows server operating system: Windows Server 2003(R2),2008 (R2), 2012 (R2), 2016, 2019 all is OK. So if you own AOMEI Partition Assistant Server Edition, you can kill two birds with one stone.