Do you have any idea about how to convert RAID to GPT disk? This article will introduce you to do it with two reliable tools, including Windows built-in utility and third-party software.

Why convert RAID to GPT?

Redundant array of independent disks (RAID) is a data storage technology to improve performance and reliability by combining many disks as one utilizing striping, mirroring, or parity. There are different RAID levels, such as RAID 0, RAID 1, RAID 5, etc. People can choose different types of RAID based on their needs. But in general, the purpose of Raid is mainly for capacity, safety and performance.

Although Raid has many benefits, most people still decide to use basic disks for compatibility. Especially in recent years, GPT disks have gradually become the mainstream of the partition style. For example, Microsoft clearly stated that booting Windows 11 requires UEFI boot mode and GPT system disk. Or for other reasons, users expect to convert RAID to GPT.

Press "Windows + R" and enter "diskmgmt.msc" to open Disk Management. You can see that you can't perform any operations by right-clicking the RAID here. 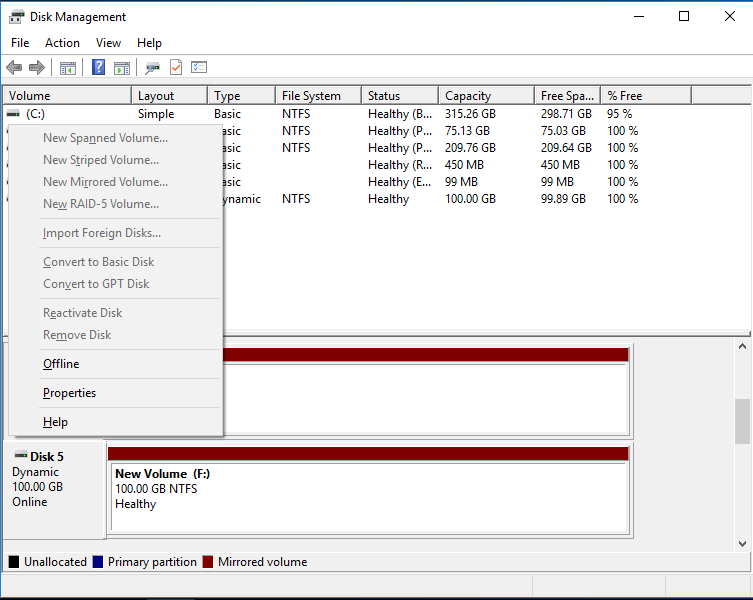 You need to right-click the volume and select "Delete Volume" until there are no volumes on the dynamic disk. 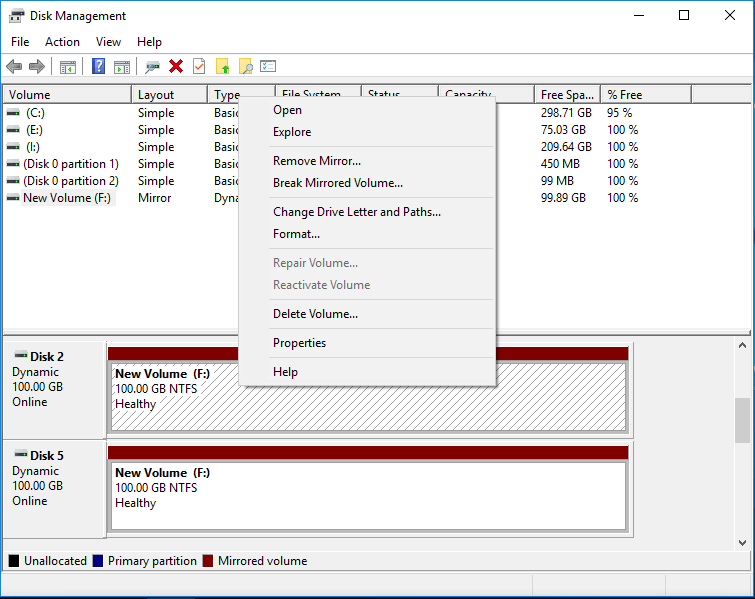 After deleting all the volumes, you can see that dynamic disk has become a basic disk, then choose"Convert to GPT Disk". 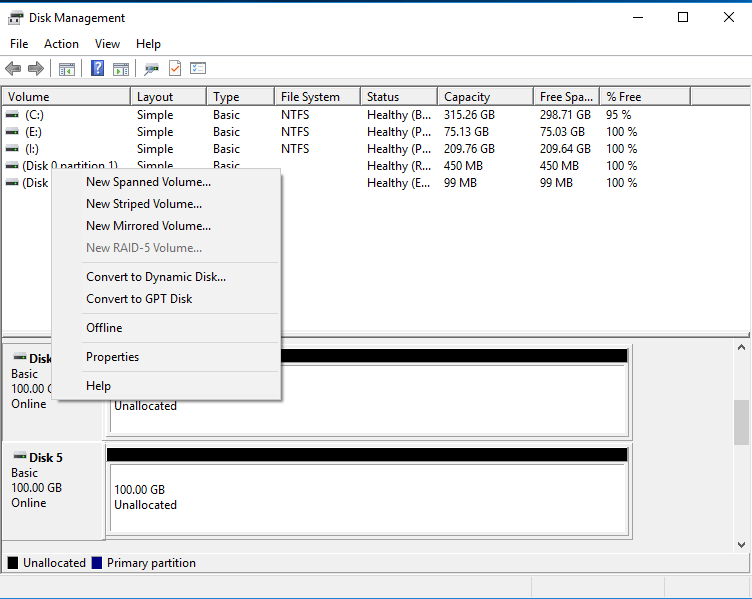 Although it is not difficult to use Disk Management to convert RAID 0/1/5/10 to GPT, it needs to clean all data on the RAID in advance. If you do not back up RAID  in advance, the consequences may be very serious! Is there a way to convert RAID to GPT without losing data?

How to Convert Raid to GPT disk without data loss?

I highly recommend you to use AOMEI Partition Assistant Professional (designed for Windows 11/10/8/7/Vista/XP users). It can help you convert RAID to basic disk first, and then convert the partition style of basic disk to GPT, and no data will be lost in the whole process. In addition, its operation is very simple, each step has clear guidance, suitable for any group of people.

Warning: AOMEI Partition Assistant Professional can only convert mirrored volumes (RAID-1) and simple volumes to GPT without data loss. If you want to convert RAID-0  to GPT,  convert RAID-5 to GPT,  you should delete volumes before converting.

1. Install and open AOMEI Partition Assistant. On the main interface you can see your dynamic disk, click Dynamic Disk to open the Dynamic Disk Manager. 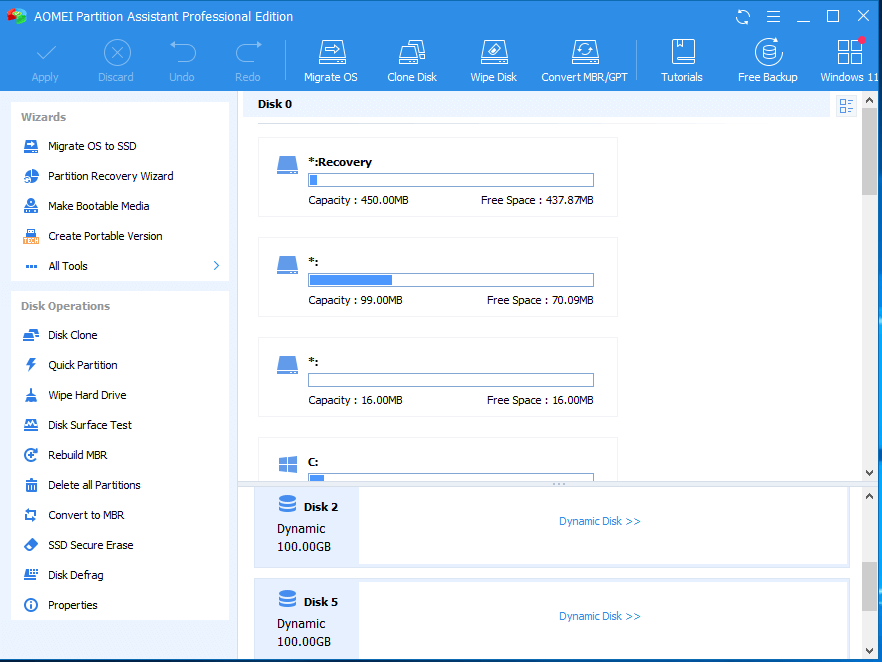 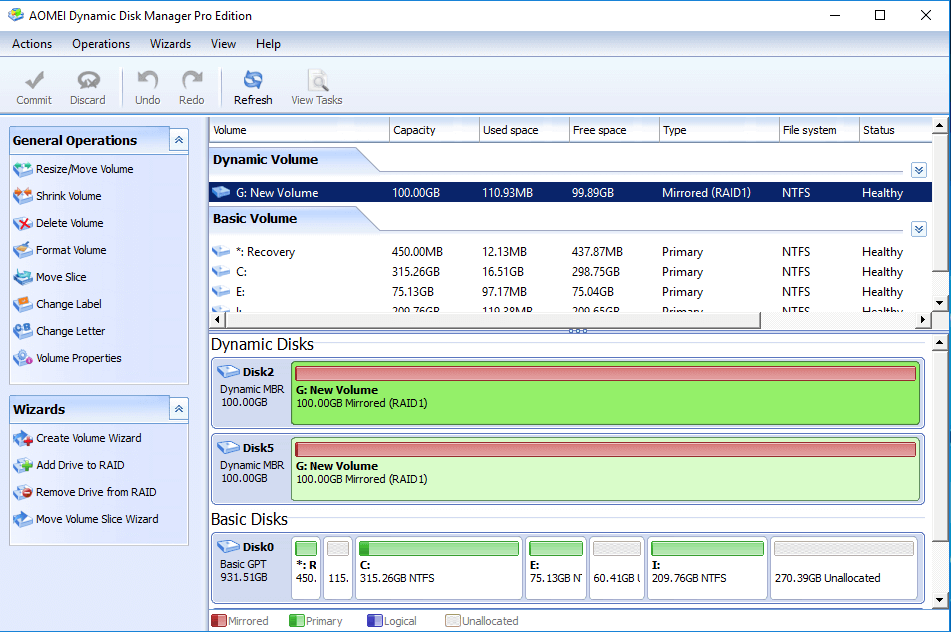 3. Right-click the RAID you want to convert to GPT, and select Convert to Basic Disk. 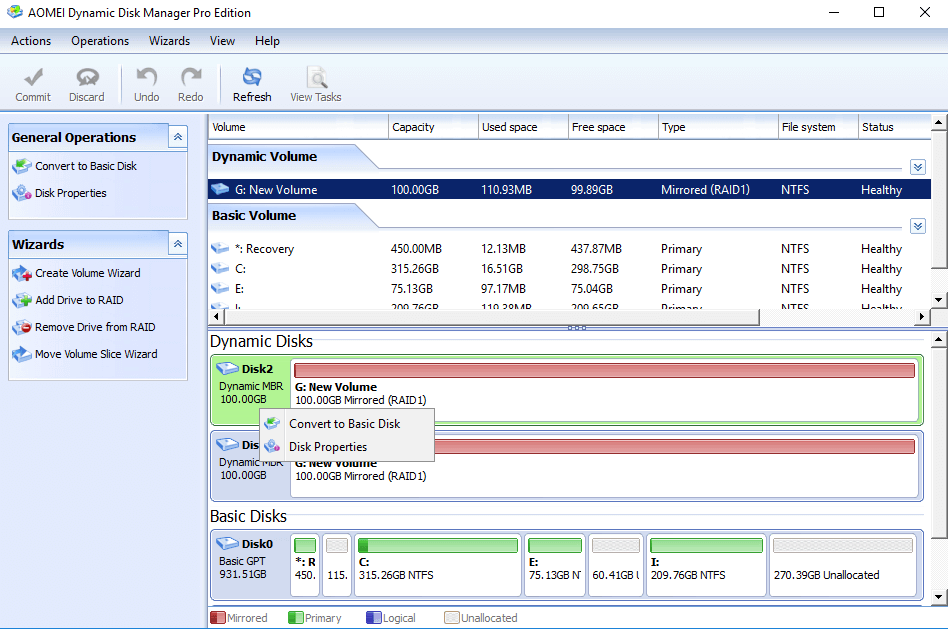 4. Click Commit in the upper left corner to submit the operation, and the computer will restart after completion. 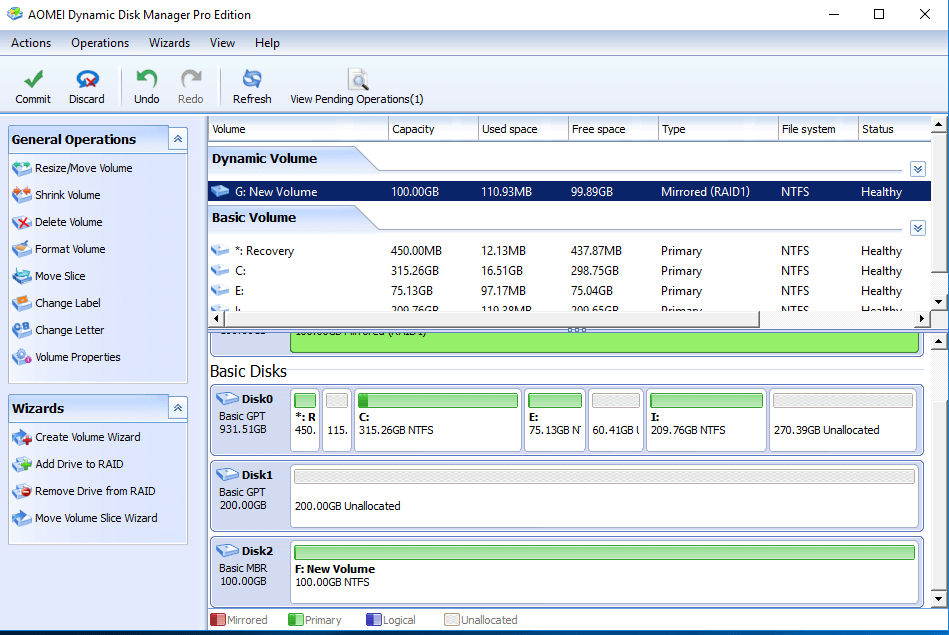 5. Turn on PA pro again after booting, you can see that Disk 2 has been converted into a basic disk and the partition has not been deleted. Right-click Disk 2 and select Convert to GPT Disk. 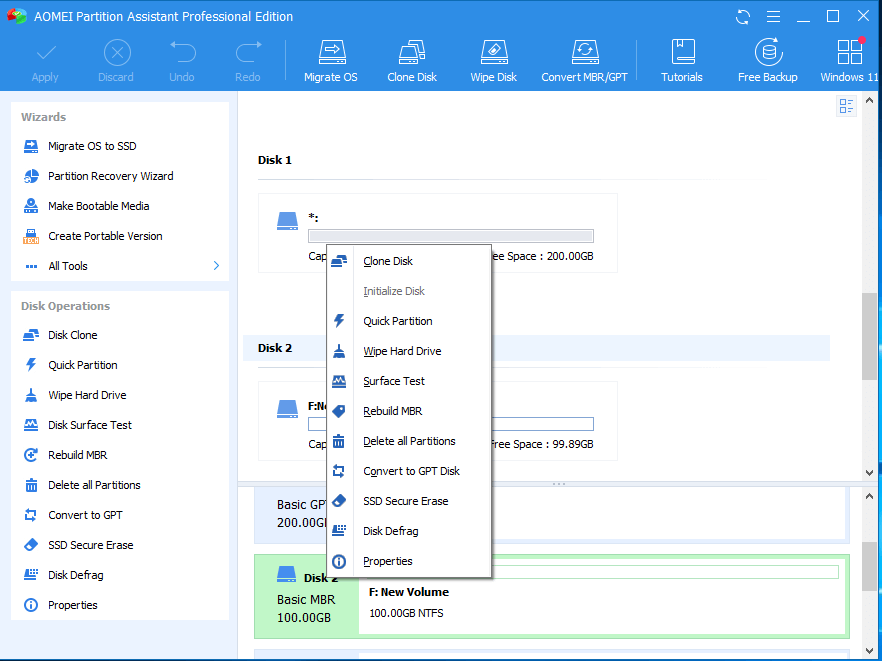 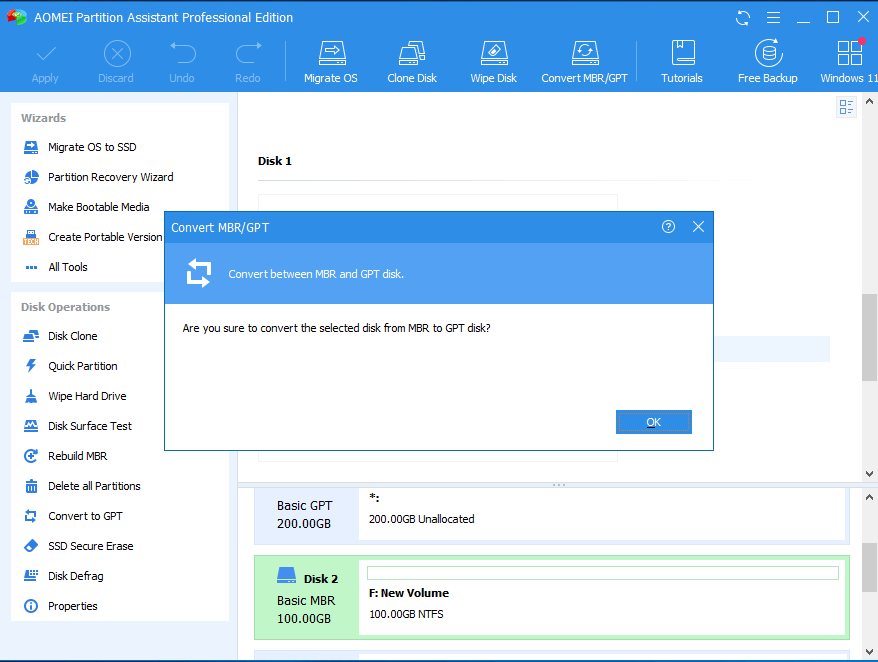 7. After the end, you can see that Disk 2 has been successfully converted RAID-1 to GPT without losing data.

You May Also Like
RAID Hard Drive Partition Overview and Management
2 Ways: Upgrade RAID 5 Drives to Larger Capacity without Data Loss
[2021 Update] How to Add Drive to RAID 5 without Data Loss?