How to Repair EFI Bootloader on a GPT HDD for Windows 10/8/7?

The UEFI (United Extensible Firmware Interface) is an updated version of BIOS which defines an interface between an operating system and platform firmware. The interface consists of data tables that provide a standard environment for booting an OS and running pre-boot applications. The EFI (Extensible Firmware interface), which has been deprecated by Intel, is the predecessor of UEFI.. It replaces the Basic Input/Output System (BIOS) firmware interface, but the UEFI/EFI firmware implementations provide legacy support for BIOS services. 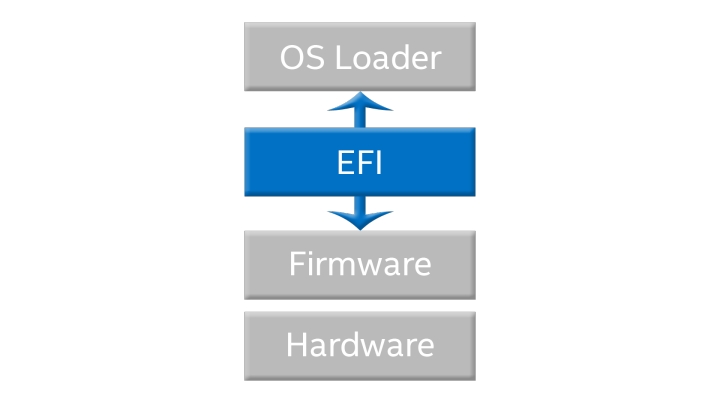 The Bootloader is a program that loads the Windows 10/8/7 operating system or runtime environment for the computer after these self-tests, which makes it to be an essential component of the boot process. The GPT (Globally Unique Identifiers Partition Table) is a standard for the layout of the partition table on a physical storage device used in a Desktop or server PC. As a part of the UEFI/EFI, it is also used on some BIOS systems due to the limitations of Master Boot Record (MBR).

Besides, Windows 7, 8 and 8.1 could install on a Legacy BIOS using MBR. However Windows 8, 8.1 and 10 were designed to install on the UEFI BIOS using the EFI bootloader and GPT. The EFI system partition (ESP) is a partition on a data storage device that is used by computers adhering to the EFI/UEFI. The EFI/UEFI firmware will load files stored on the ESP to start Windows operating system and other utilities. It has to be formatted to FAT32.

Did you meet the EFI boot errors on GPT HDD in your Windows 7/8/10? What did you do? Reinstalling Windows operating system could be the first option for majority of users. However, it will cause the data loss, like the personal working files, pictures, videos, or design documents installed programs, etc. All of these files and programs cost you a lot of energy and time. Do you want to see your efforts wasted forever?

So, here, we will show you how to fix UEFI (EFI) Bootloader problems step by step, instead of performing a clean reinstallation. In addition, this tutorial is applicable to those Windows operating systems installed on a UEFI BIOS and do the repair of the EFI bootloader on a GPT hard disk drive in Windows 10/8.1/8/7.

There are 3 ways to fix: Bootrec (only run on Windows 7 OS or previously version), DiskPart, and check errors with AOMEI Partition Assistant Standard. We will guide you with the detailed words:

Method 1. Bootrec (only works for Windows 7)

Step 1. Insert Windows 7 installation media and boot from it.

Step 4. Choose Repair your computer, then select the Windows 7 and clickNext.

Step 6. Type bootrec.exe and hit enter, then input these commands and run one by one.

Use DiskPart to fix EFI/UEFI bootloader in Windows 7 is familiar with that in Windows 8/8.1/10 except for the entry of Command Prompt. Thus, following the below steps:

Please make sure the Windows 7 UEFI/EFI load with legacy mode is active before you repair UEFI/EFI bootloader.

If you have the Windows installation media, please refer to these words:

1. Input your media to the Windows 7 PC, then boot from the media.

5. type these commands and execute one by one:

6. Check that the EFI partition is using the FAT32 file system and assign a drive letter to this partition, type and run these commands:

7. Type and run the following commands to repair the boot record:

8. In order to rebuild BCD store, run the following commands:

Note: Add /f between the : and the ALL if you are creating boot entries on an attached USB Flash or other external drive.The C: drive is your system hard drive to boot operating system)

If you don’t have the installation Media, follow these steps to repair EFI/UEFI Bootloader on GPT HDD:

1. Restart your Windows PC and tap rapidly on the F8 key before the Windows splash screen appears.

The next steps are the same with the Windows 7 Installation media method, which is from the above step 5 to step 8.

If you are using Windows 8/8.1/10 and have the Windows installation media in hand, all of the command is the same with the way for how to repair EFI/UEFI bootloader on a GPT HDD in Windows 7 except for the entry to Command Prompt, below is the way to go Command Prompt:

The next steps are according to the above step 5 to step 8.

If you don’t have the Windows 8/8.1/10 installation Media, follow these steps to repair EFI/UEFI Bootloader on GPT HDD:

1. Restart your Windows 8/8.1/10 PC and tap rapidly on the F8 key before the Windows splash screen appears.

The next steps are the same with the Windows 7 Installation media method, which is from the above step 5 to step 8.

There is another way to do EFI/UEFI bootloader repair, which is to create bootable media, then boot from it and check errors for the GPT hard drive. But before that, you have to backup the hard drive using some PC backup software like AOMEI Backupper in case of data loss. To make a bootable media for Windows 10/8.1/8/7, you can try the free partition manager: AOMEI Partition Assistant Standard. It allows you to make bootable media by the following simple steps.

1. Choose an empty USB flash drive (the capacity should be larger than 13GB) or external hard drive to make bootable media with a working Windows 10/8/8.1/7 PC, which has the same operating system and EFI/UEFI as yours.

2. Open and run AOMEI Partition Assistant Standard, click Create Bootable Media at the left panel under Wizards. You will get a prompt window, make sure you have noticed already and click Next. 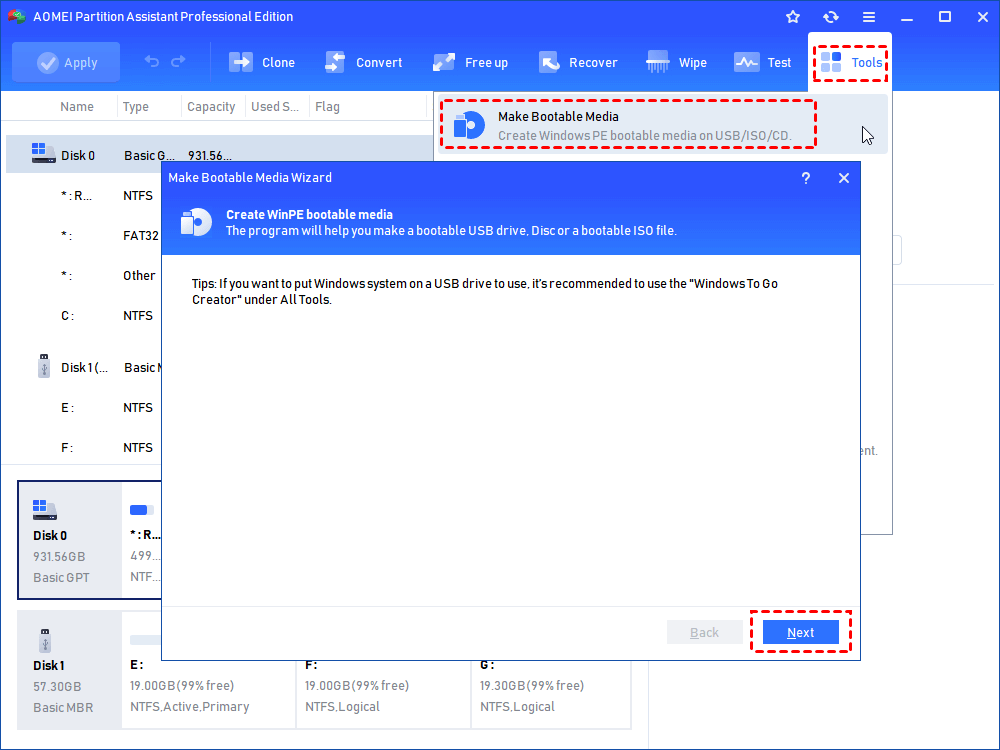 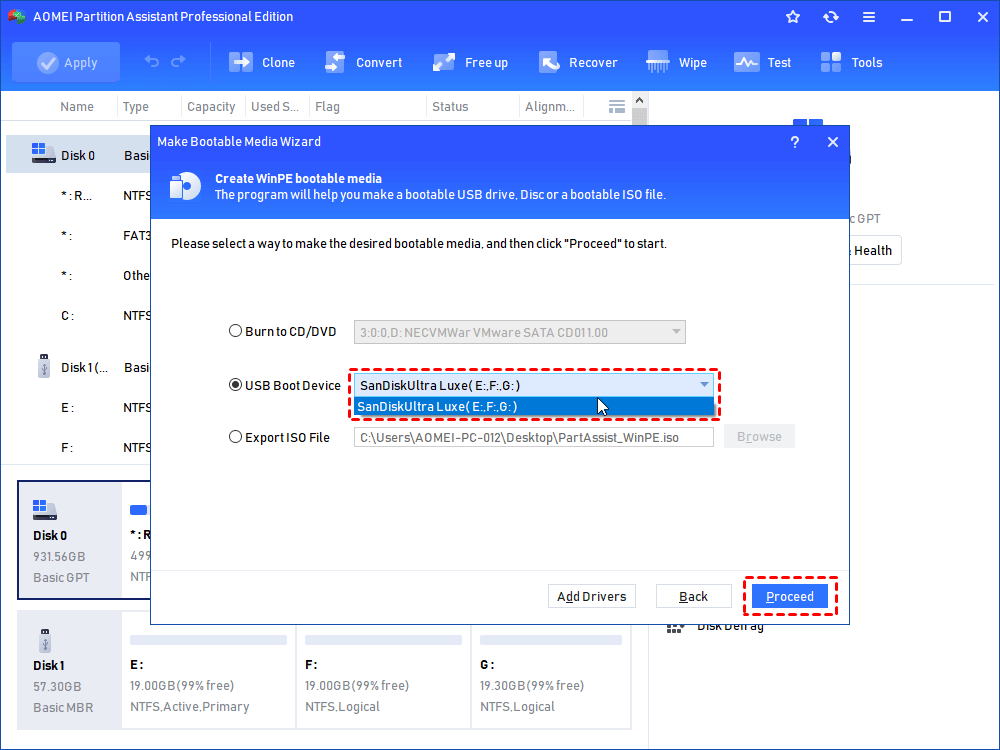 Tip: The operation will format the USB flash drive or the external hard drive. Therefore, you have to backup your critical data in advance.

6. Then you could use AOMEI Partition Assistant Standard to check errors in the system hard drive with Disk Surface Test. 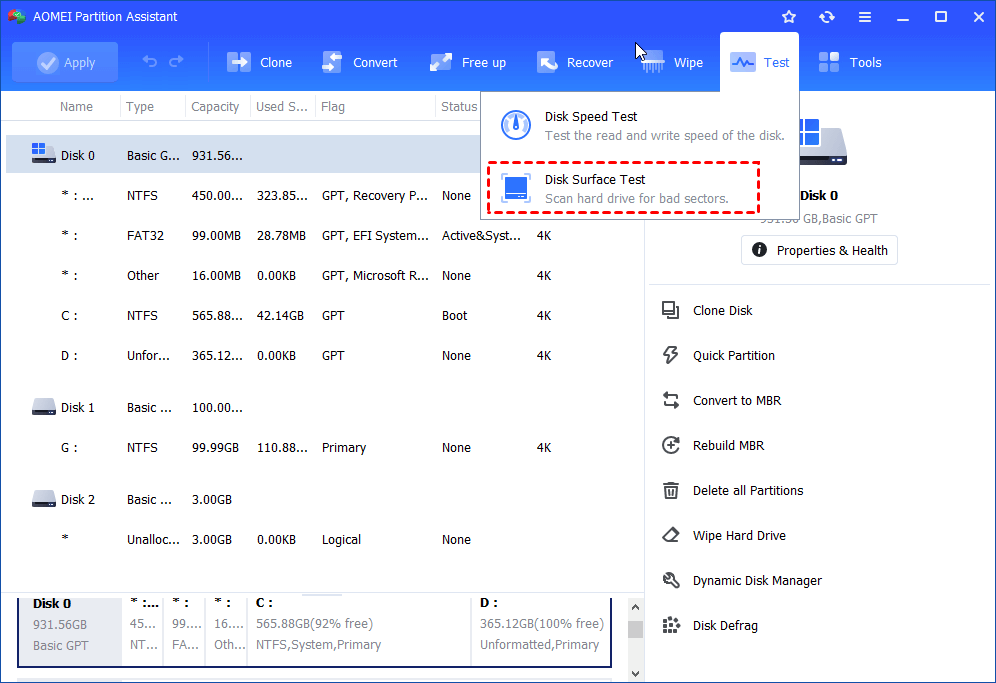 7. Or you could rebuild MBR to repair bootloader on GPT hard drive if you ensure the cause be the corrupted MBR. 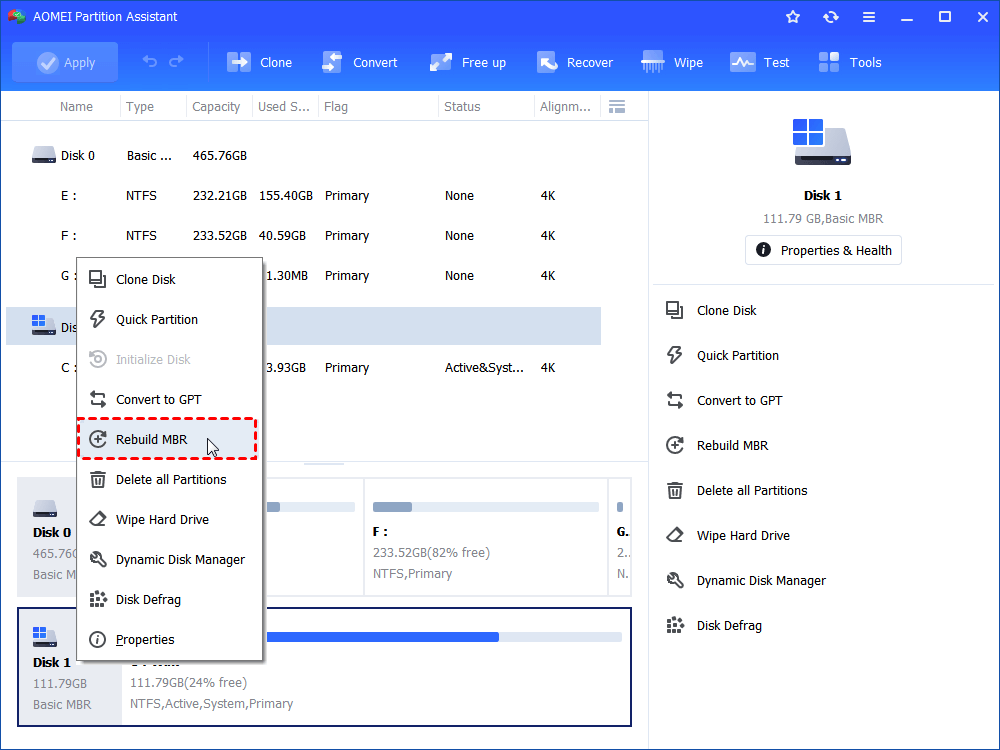 The EFI/UEFI bootloader problem on a GPT hard drive could be resolved. In addition, AOMEI Partition Assistant provides you the professional edition with command line partitioning, allocate free space, convert MBR to GPT on system disk and vice versa. The server edition supports you to manage your hard disk, migrate OS, and clone your critical data on Windows servers.

This is how to repair efi bootloader on a gpt hdd via 3 effective methods. If these above ways don’t work, the ultimate solution is to make a Windows 10/8.1/8/7 installation media and then reinstall operating system to get rid of the EFI/UEFI bootloader problem on a GPT hard drive.

You May Also Like
Easily Fixed: "Winload.efi is Missing or Contains Errors" in Windows 10/8/7
Missing EFI Partition in Windows 10 – Solved
Quick Fix: File:\EFI\Microsoft\Boot\BCD Error in Windows 7/8/10