Hi, I can not partition more than 2 TB on 4 TB hard drive. I was trying to install the drive into a new PC, and I know Windows can’t be installed on a partition of more than 2TB, so I specifically installed a 140 GB drive just for the OS. I was planning on using the 4TB drive for storage only. But I still can only create a 2TB partition on the 4TB drive! It won’t allow me to partition the rest of the unused space.” 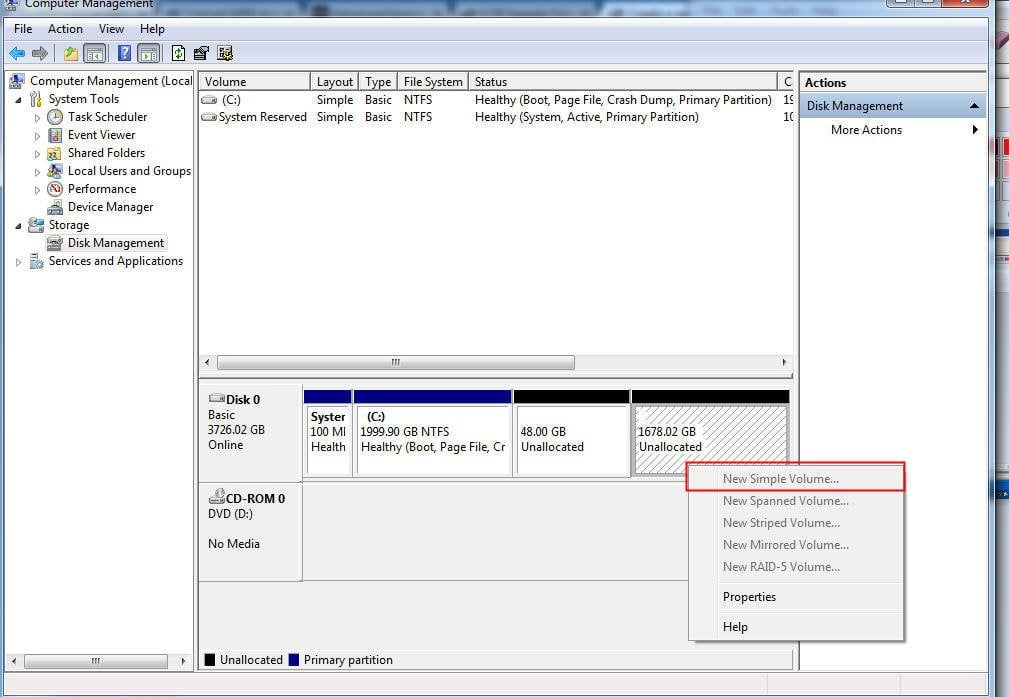 Why cannot partition more than 2TB on 4TB hard drive?

As the scenario said, the user can’t partition more than 2TB on her 4TB hard drive. This isn’t an unusual scenario; many Windows users have encountered the same problem when upgrading their PCs. If you want to partition a 4 TB hard drive, then you need to understand the basic requirements of hard drives in Windows.

Regardless of what Windows operating system you are using, you should know that there are two kinds of partition table on hard drives: Master boot record (MBR) and GUID partition table (GPT). MBR uses the standard BIOS, and supports drives up to 2TB in capacity. GPT uses UEFI (unified extensible firmware interface) which can support disks larger than 2TB. So, if you find that you can’t partition a 4TB hard drive, it could be because it is an MBR drive. If it is an MBR disk, then you can solve the problem by converting the drive from MBR to GPT.

We already know that the MBR can only support disks up to 2TB in size, any extra space beyond this will simply be invalid and will show as unallocated space. Although, you can normally partition unallocated space, you will find that the ‘New Simple Volume’ option is greyed out, and you won’t be able to create a partition. Once you have checked to see whether your motherboard is UEFI compatible, you can proceed to converting your MBR disk to GPT and solve the 2TB limit problem.

Unfortunately, like with the ‘New Simple Volume’ function, Windows Disk Management will also gray out ‘Convert to GPT Disk’. That's because the MBR contains some partitions, but Disk Management can only convert an empty disk to GPT or MBR. Namely, you need to delete all partitions before conversion. 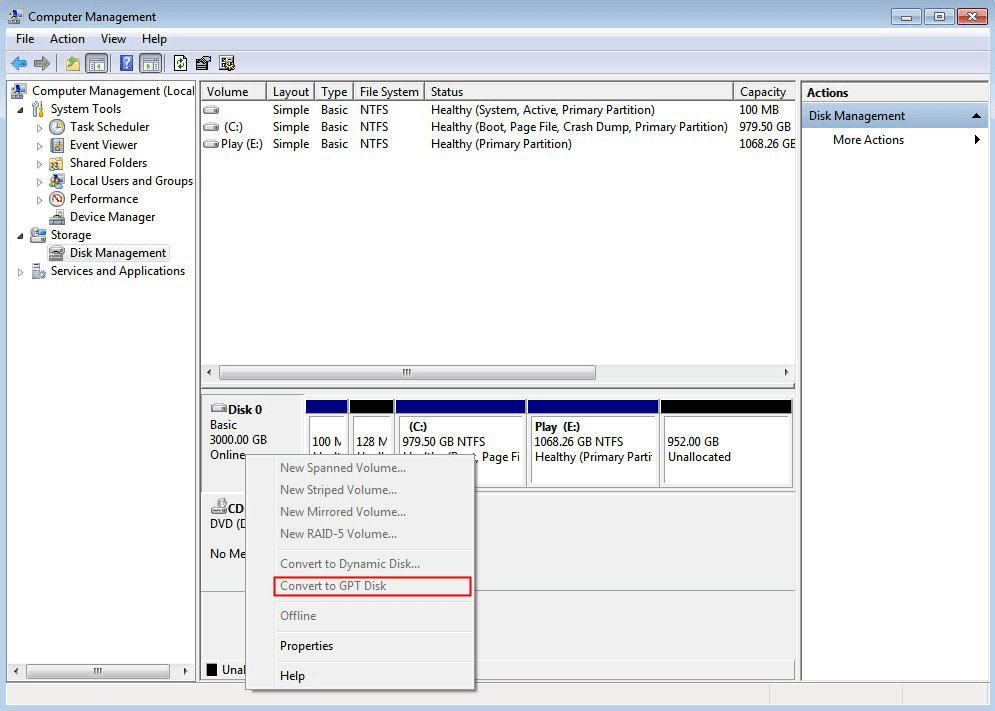 Warning:
1. If you preferred to convert a system disk (a disk containing the OS) to a GPT disk, then you can upgrade to AOMEI Partition Assistant Professional, which supports converting system disk between MBR and GPT.
2. Before converting a boot disk from MBR to GPT, then you need to make sure that your computers' motherboard supports UEFI mode. Otherwise, the computer won’t boot up after the hard drive conversion has finished.

Step 1. After opening it. The basic information of hard drive will be displayed in the main interface. You will be able to see that the 4TB drive shows a 2TB partition and 2TB of unallocated space. In order to convert the drive from MBR to GPT, you need to right-click the MBR disk, select “Convert to GPT Disk”. 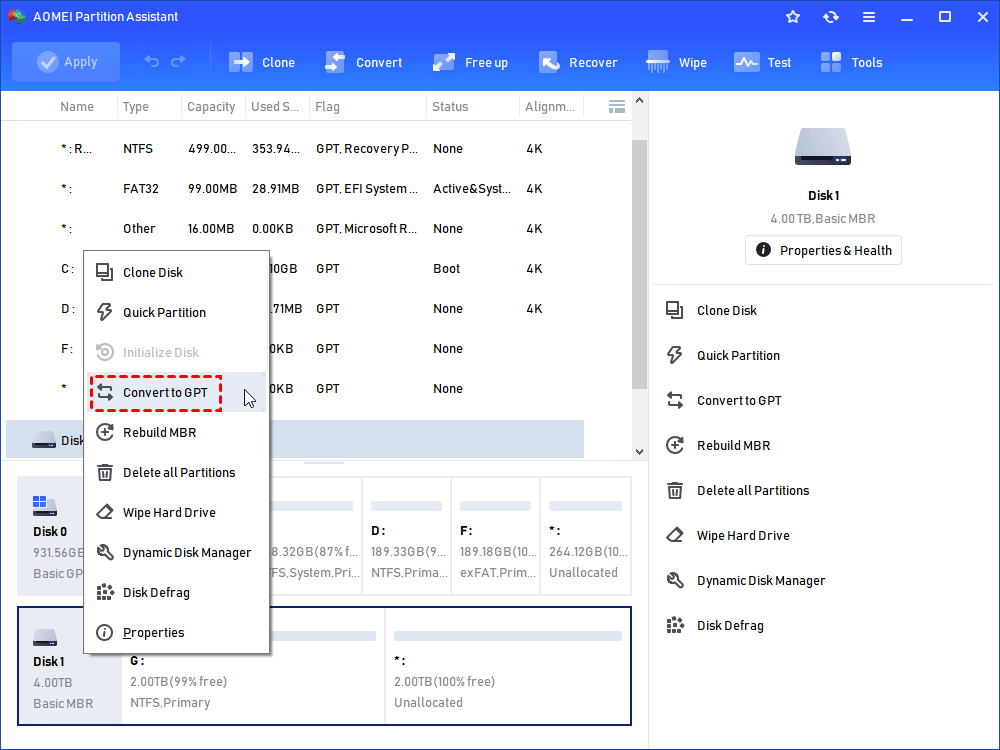 Step 2. A window will pop up asking you to confirm whether you want to convert the MBR disk to a GPT disk. Click OK, and you will be brought to the main interface. 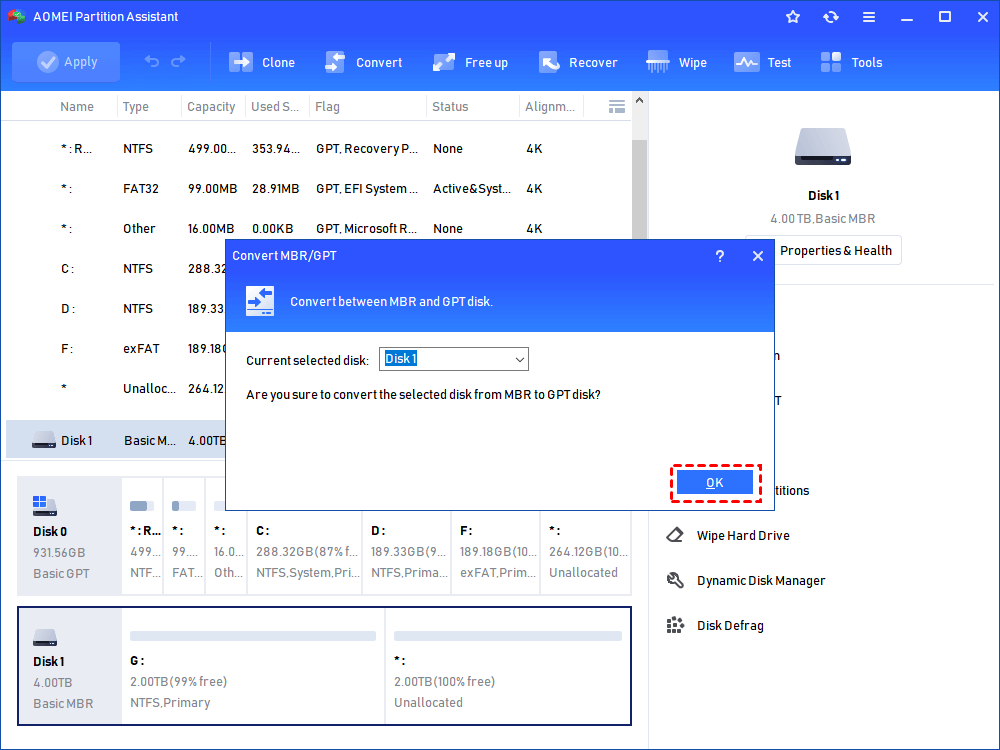 Step 3. Here you can see that disk 2 has been marked as a GPT drive. In order to confirm this change, click Apply, and wait for the conversion to finish. 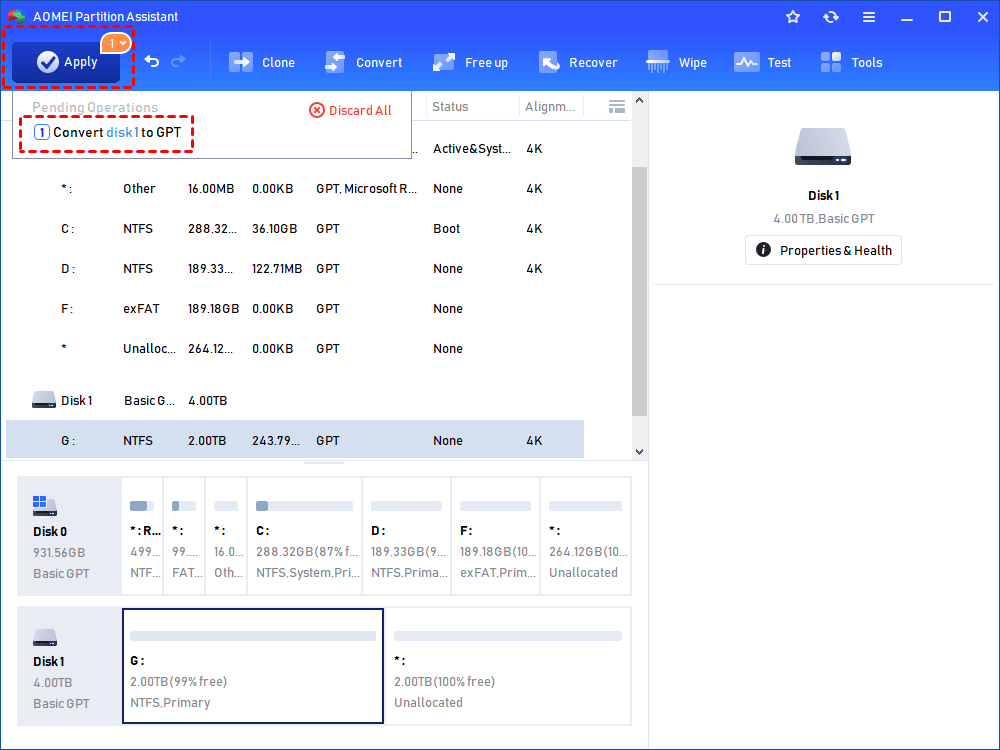 You May Also Like
How to Use Full 4TB Hard Drive on Windows 10
4TB Drive Only Shows 2TB: Why and How to Solve It Easily?
Make A Partition Size Larger than 2TB with Only A Few Steps