Can I Format PS3/4 HDD to NTFS? The Answer Is Negative

PS3 and PS4 users have doubts about HDD formatting. Does it support NTFS? If not, how to format HDD to FAT32? This article will give you all answers.

A lot of users asked if they can do PS3 HDD format to NTFS. Well, usually, PS3/PS4 uses external HDD (Hard Disk Drive) to save data like games and that hard drive must be FAT32. Because SONY is using FAT32 as the standard for PS3 and PS4. They can’t read NTFS. But what’s the difference between FAT32 and NTFS?

FAT32 and NTFS are two most common formats in Windows system. FATstands for File Allocation Table and the number “32” denotes the number of bits needed to keep track of the files. FAT32 is an improvement of the original FAT system. It uses more bits to identify each cluster. Besides, FAT32 supports drives that have more than 2GB storage and the largest file could be 4GB.

NTFS is the abbreviation of New Technology File System. It appeared initially for Windows NT platform then developed in Windows versions like Vista, XP. NTFS offers multiple enhancements that increase security as well as performance. The largest file can be over 4GB. In addition, it does file-level encryption, file compression, disk usage quotas, etc.

Comparing these two, it seems that NTFS is better than FAT32. But FAT32 is still the one that recognized by the majority of the system. Some devices such as PS3/PS4 can only read FAT32. Thus, if you just have an NTFS hard drive for PS3/PS4, you must format PS3 HDD from NTFS to FAT32. Then, how to?

Normally, FAT32 can be converted to NTFS easily but not vice versa. Especially with Windows built-in Disk Management, only the partition whose size is smaller than 32GB can be formatted from NTFS to FAT32. If you want do PS3 HDD format successfully, good news is that free AOMEI Partition Assistant (supports Windows 7/8/8.1/10/XP/Vista) is able to realzie it handily without data loss. The converter will easily convert NTFS to FAT32 even the partition is larger than 32GB.

Steps for formatting PS3/PS4 HDD from NTFS to FAT32

Following steps will show you how to format PS3/PS4 hard drive, which applies to other HDD/SSD as well. You need to download and install the program first.

Step 1: Connect the HDD to your PC and launch AOMEI Partition Assistant. 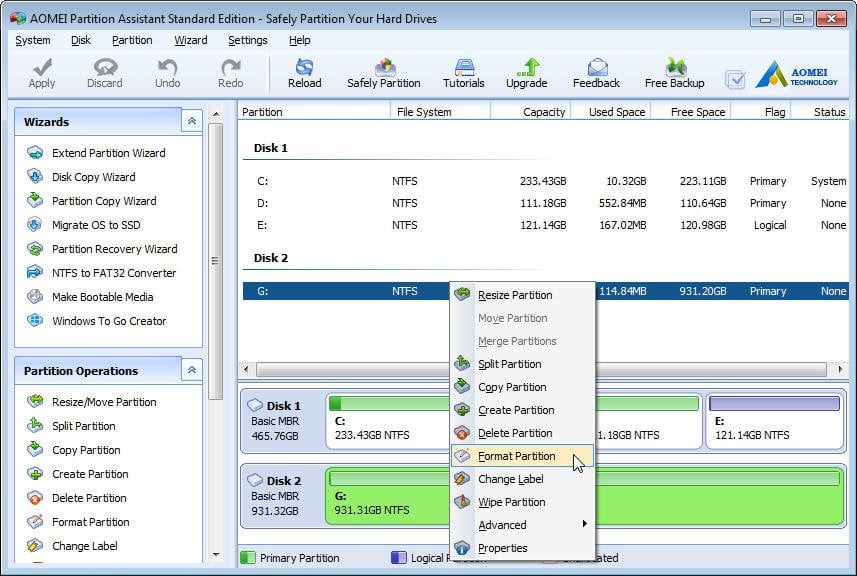 Step 3: In this step, you’re able to change the file system as FAT32. 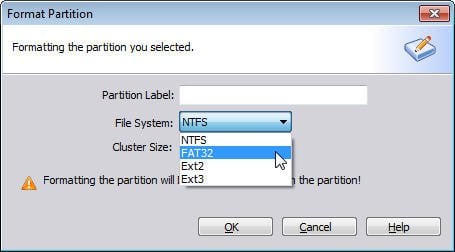 Step 4: When it goes back to the main interface, you can view the pending operation. Don’t forget to click “Apply” to execute. 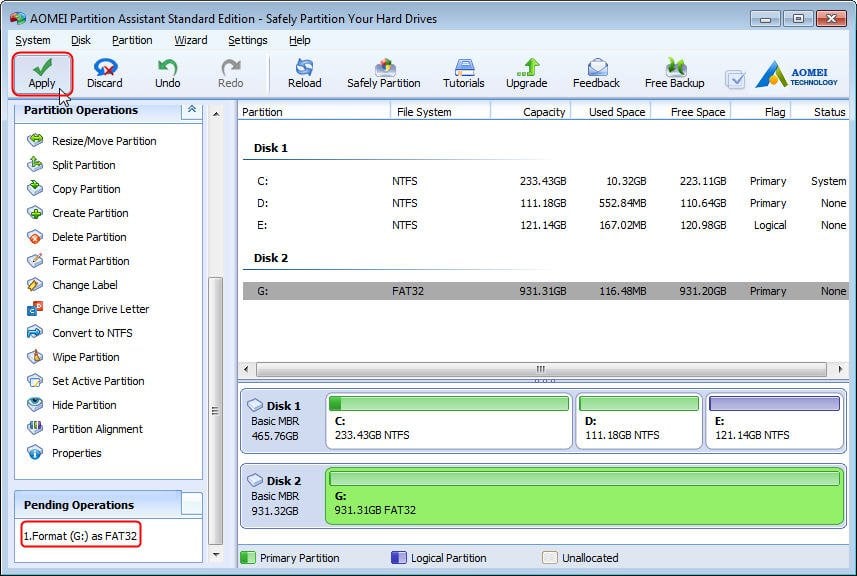 Isn’t it easy to complete PS3 HDD format with Partition Assistant? Plus, although PS3/PS4 only recognizes the first partition on HDD, to create another partition is also a good choice. Because if there’s any problem with one partition, the data on the other one won’t be infected. If you need, you may have a quick look about how to create partitions.