Guide: Clone Windows 10 to UEFI SSD and Boot from It Successfully

Cloning Windows 10 to SSD UEFI can speed up the OS boot process. And the AOMEI Partition Assistant Professional can help you easily to clone Windows OS to SSD and uses the UEFI boot mode.

UEFI is one of the two firmware interfaces of computer, and another one is BIOS. Both of them aims to help building a connection between computer firmware and the operating system. When you start up a computer, they will initialize the hardware components and start the OS stored on the hard drive.

In general, BIOS uses the Master Boot Record (MBR) to store hard drive information while UEFI uses the GUID Partition Table (GPT). UEFI can directly boot OS after initialization and skip the BIOS self-test process, finally leading to a faster boot. So many users prefer to clone Windows OS from MBR disk to a GPT SSD drive, then they can adopt UEFI boot mode.

To clone Windows operating system to GPT SSD drive, we recommend applying AOMEI Partition Assistant Professional. It is compatible with 32-bit and 64-bit of Windows 10/8/7/Vista/XP. With it, you can clone an entire MBR system disk to GPT or GPT system disk to MBR disk, and boot from the cloned disk as long as you change into right boot mode. Besides that, AOMEI Partition Assistant Professional also offer the following functions:

☀Enable you to migrate only OS drive to SSD of GUID Partition Table, which can also help you realize UEFI boot mode on SSD drive.
☀Allow you to align partitions on the destination SSD drive during the cloning process, which can help optimize the reading and writing performance of SSD.
☀Support sector-by-sector clone and cloning only used space no matter when you choose to clone a Windows 10 disk or only Windows 10 partition to SSD UEFI.

How to clone Windows 10 to UEFI (GPT) SSD step by step?

Now, you can download the AOMEI Partition Assistant Professional Demo version and give it a try. Below are the detailed steps on how to copy Windows 10 to SSD UEFI.

Warning: Cloning process will clear all data on the destination SSD drive, if there is something important, please back up them to another place first of all.

Step 1. Connect the UEFI SSD drive to your Windows 10 computer and make sure it is detected successfully. 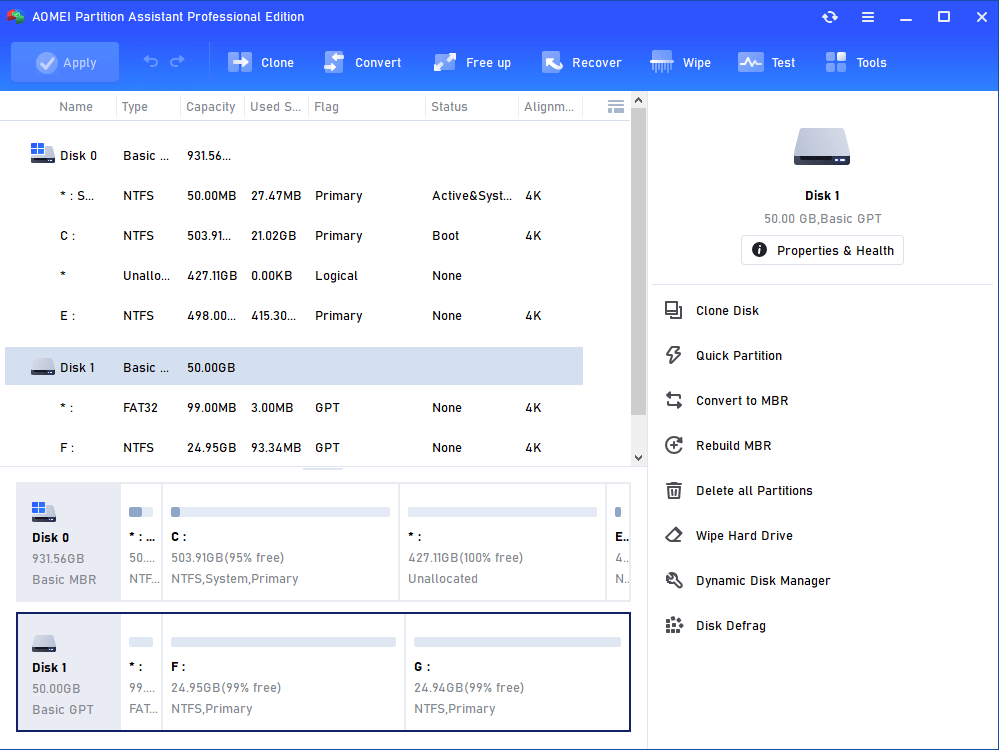 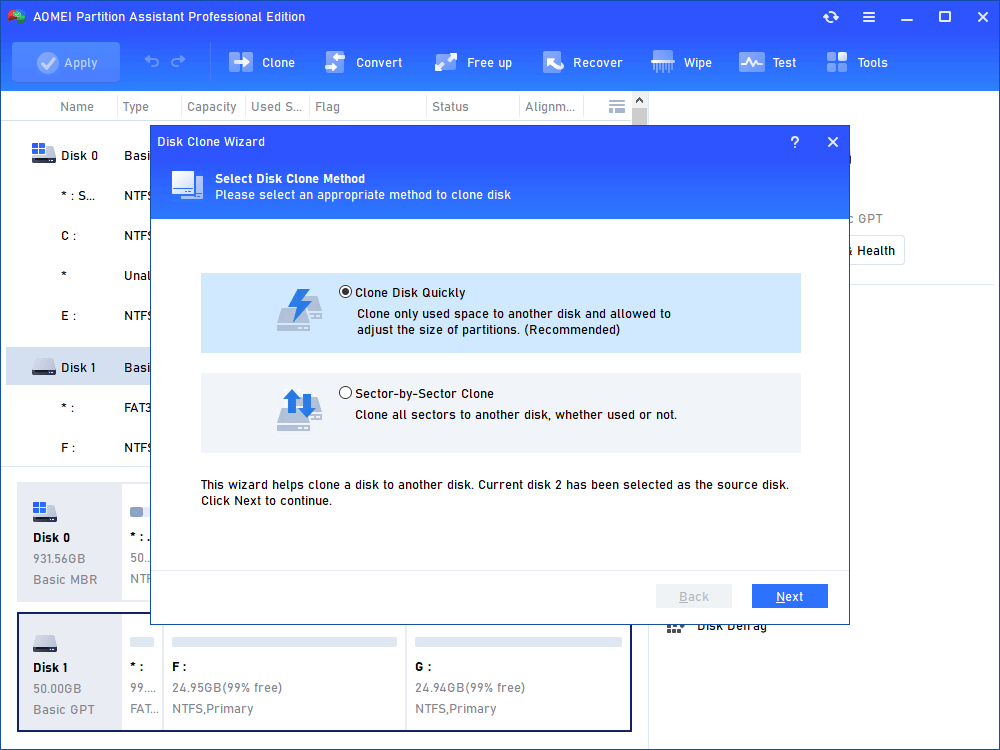 Note: Clone Disk Quickly only clones the used space to destination disk, allowing cloning large disk to smaller disk; while the Sector-by-Sector Clone will clone all sectors to another disk, requiring the destination disk larger than the source disk.

Step 4. Select the destination SSD drive, and tick the box in front of "Optimize the performance of SSD" to align partitions on SSD, then click "Next". 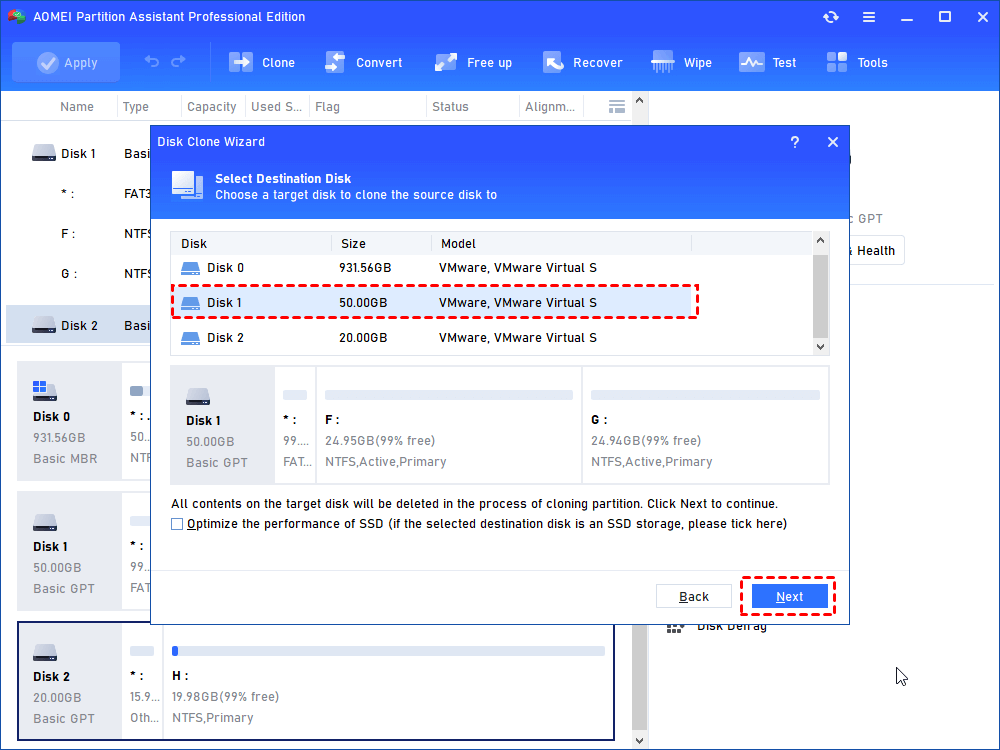 Step 5. Here, you can edit partitions on the SSD drive in three different copy options. After everything is done, click "Next". 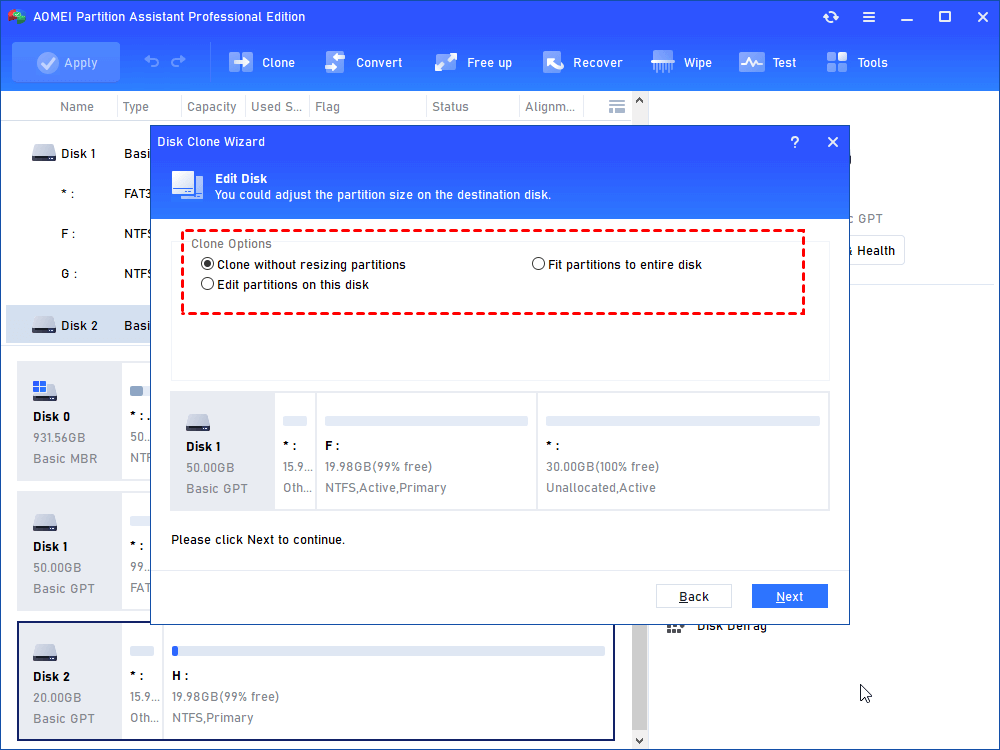 Step 6. Now, you will be brought back to the main interface, to actually copy Windows 10 to UEFI disk, you need to click "Apply" and then "Proceed". 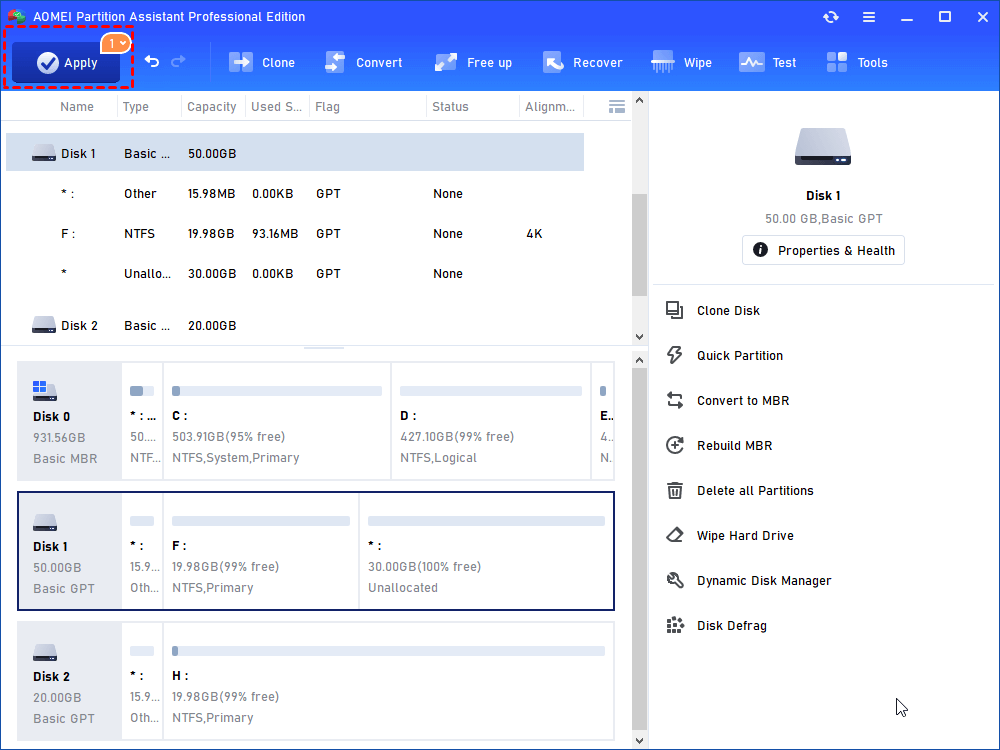 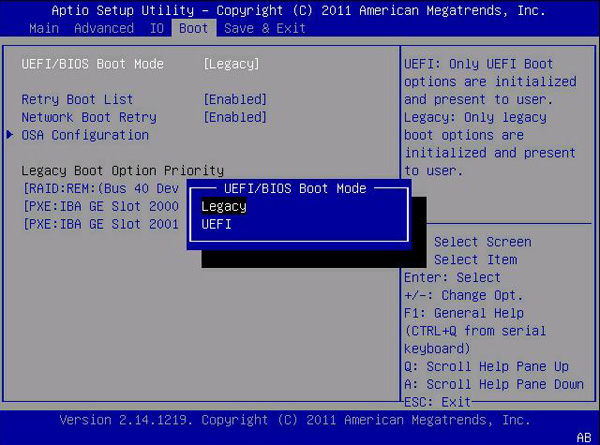 With this powerful disk cloning software, you can easily clone Windows 10 to SSD UEFI drive. Besides cloning function, AOMEI Partition Assistant Professional also does well in erasing SSD drive without damaging it, recovering SSD partitions, converting boot disk between MBR and GPT without losing data. If you want to perform such operations on Windows Server 2019/2016/2012/2008/2003, try its Server edition.

You May Also Like
How to Copy MBR from One Disk to Another in Windows 10/8/7?
Full Guide: How to Copy Windows 7 to USB Drive Step by Step
How to Clone Windows 7 to New Hard Drive Instead of Reinstallation?