How to Clone Large HDD to Smaller SSD without Data Loss?

To clone large HDD to smaller SSD effortlessly and safely, it is a reasonable choice to ask the help of professional and trusted disk cloning software – AOMEI Partition Assistant Professional.

Why clone HDD to smaller SSD?

With the development of technology, SSD (solid state drive) becomes more and more popular and common. Because of its advantages in read-write speed, noiselessness, energy-saving and etc, you may want to replace your current HDD (hard disk drive) with an SSD. Usually, the storage space of an HDD is bigger than that of an HDD of the same price.

So, it’s pretty common to replace an HDD with a new smaller SSD. As we all know, hard disk replacement usually means the loss of all files and thus, you have to reinstall all the previously existing apps and programs to the new SSD. If you hope to stay away from this hassle, it’s recommended to clone the large HDD to the smaller SSD.

Get a trusted tool to clone to smaller SSD

Since Windows 11/10/8/7 doesn’t offer disk cloning software, you can turn to third party tool. I’d like to introduce AOMEI Partition Assistant Professional to you out of its highlights presented below:

Before cloning:
1. Prepare an SSD whose capacity is not smaller than the used space of the current HDD. Connect it and make sure that it can be detected. If there is any important data on the SSD, you’d better back up them at first.
2. Delete unwanted files and uninstall unnecessary applications on your source HDD to decrease copy time.
3. Download and install the demo of AOMEI Partition Assistant Professional.

Learn to clone HDD to smaller SSD as follows.

Step 1. In the main interface of AOMEI Partition, go to All Tools > Disk Clone Wizard. 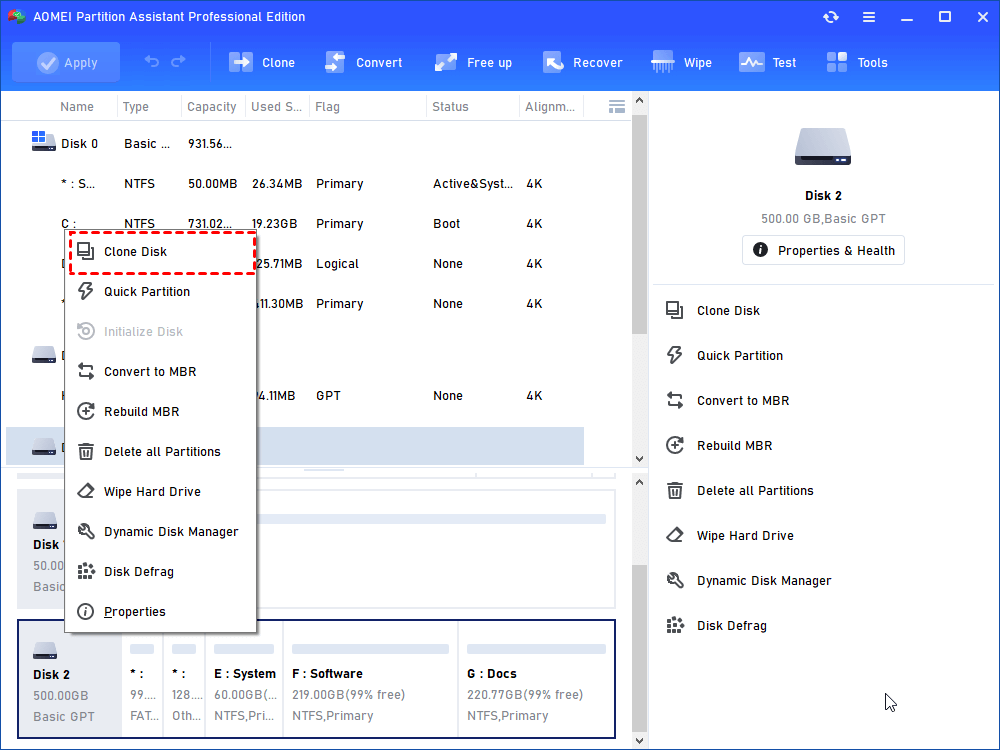 Clone Disk Quickly: Clone only used space to another disk and allowed to adjust the size of partitions.

Sector-by-Sector Clone: Clone all sectors to another disk, whether used or not.

Note: If you need to clone BitLocker hard drive to SSD and the SSD’s capacity is larger than the source disk, you can choose Clone Sector-by-Sector. 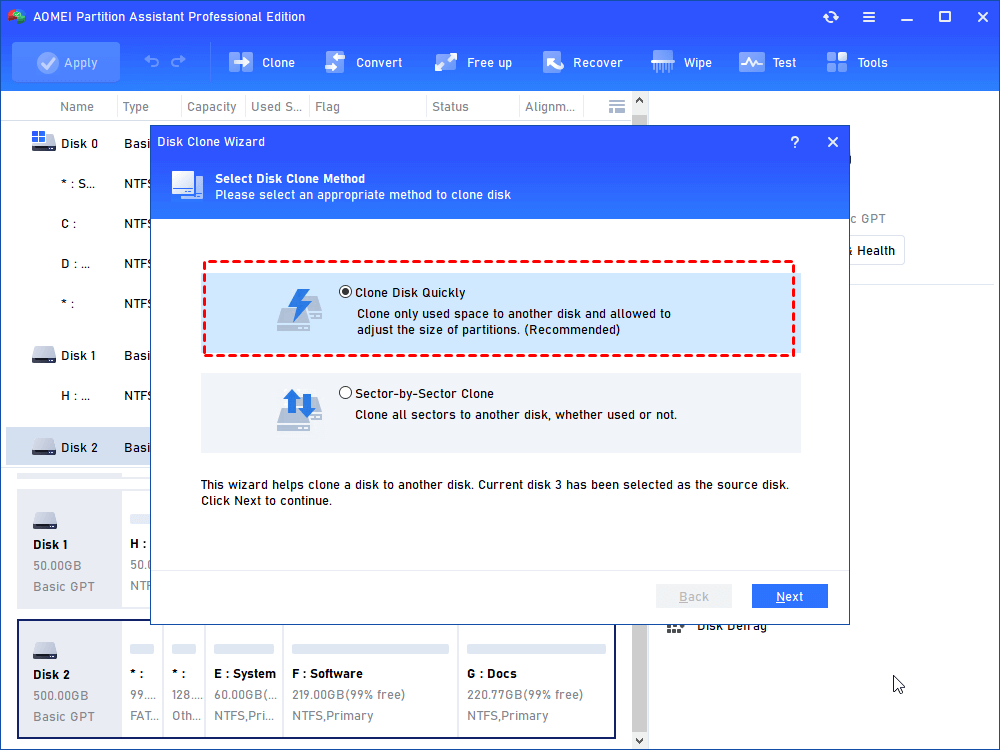 Step 3. Select the large HDD as your source disk. 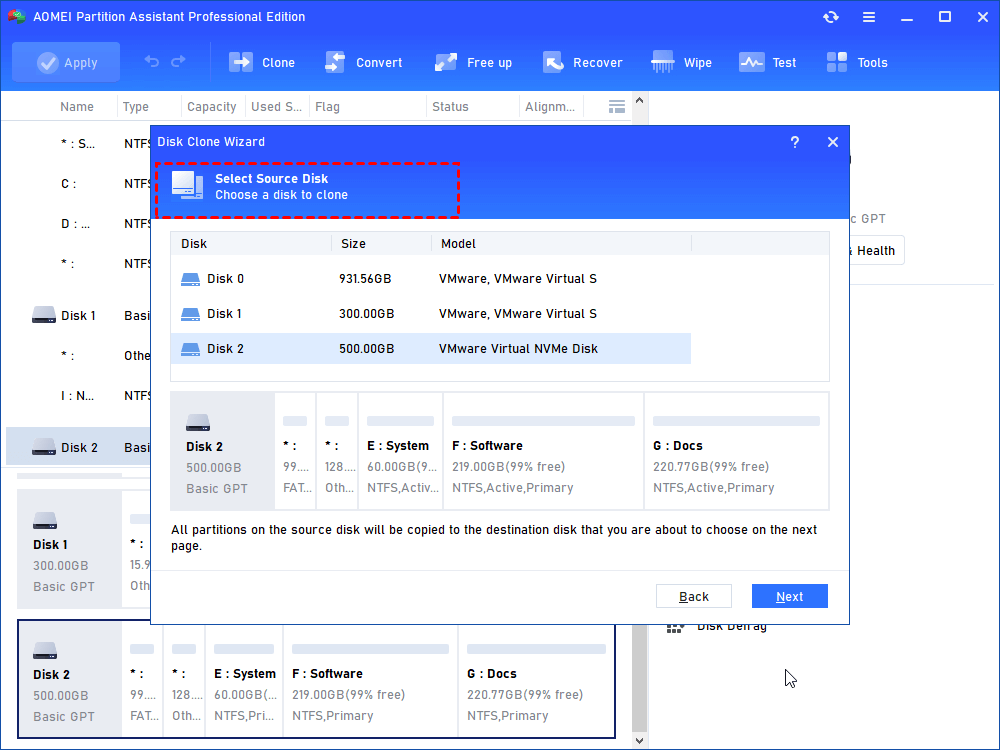 Step 4. Choose the smaller SSD as your destination disk and tick the option “Optimize the performance of SSD”. 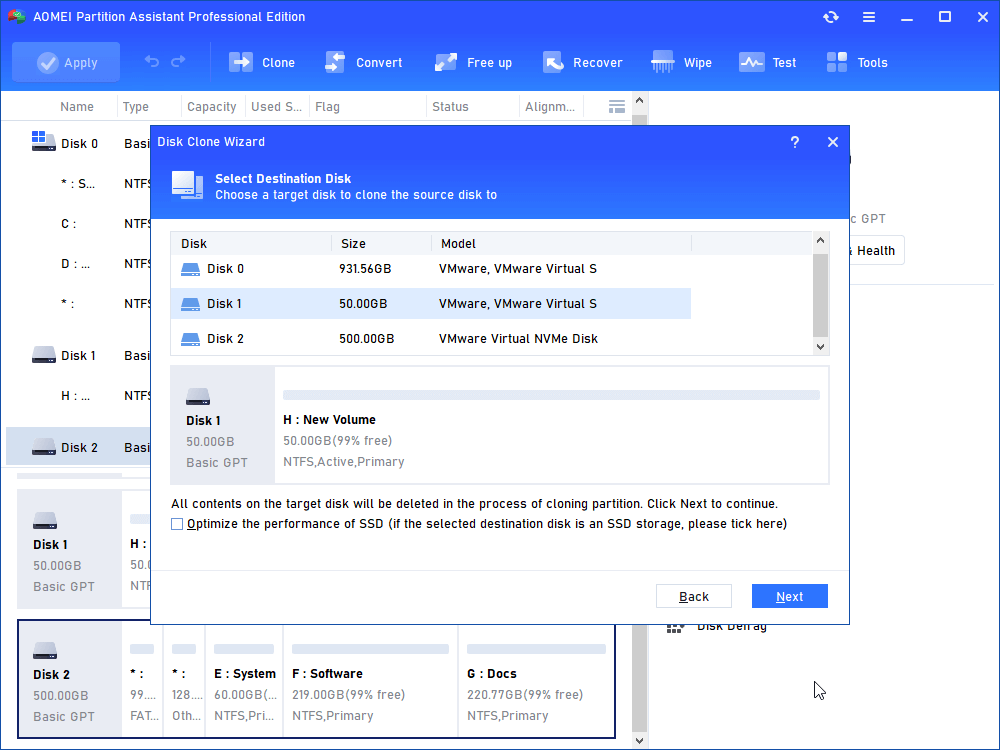 You’ll get a note about how to boot after cloning read it carefully and remember it. 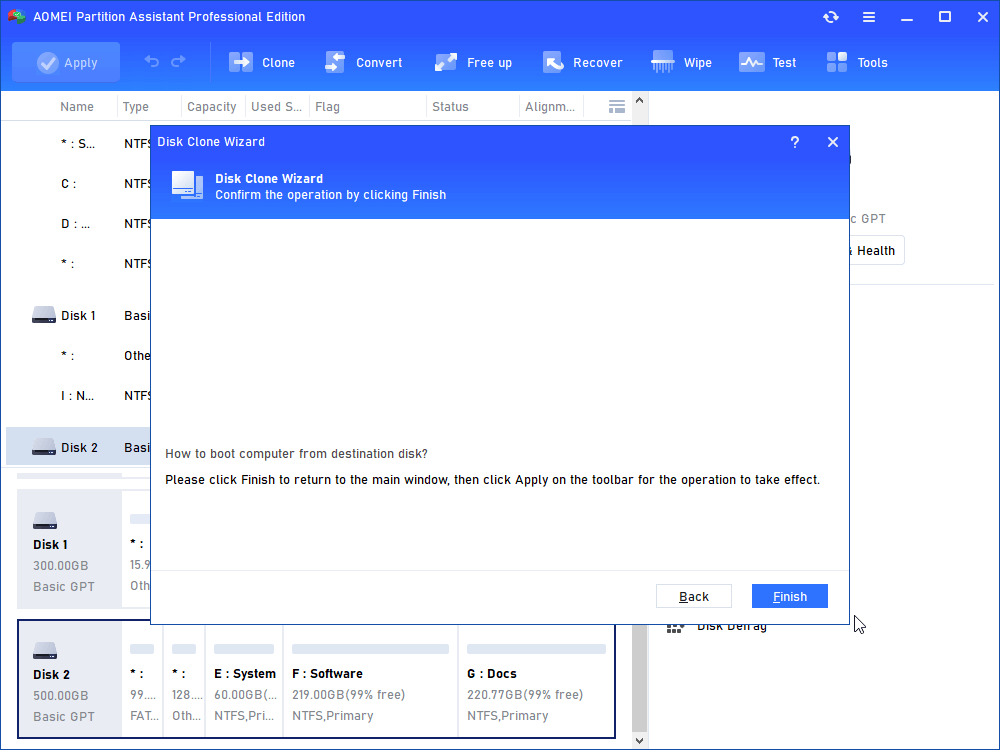 Step 5. You can adjust partitions on the SSD or leave it alone. 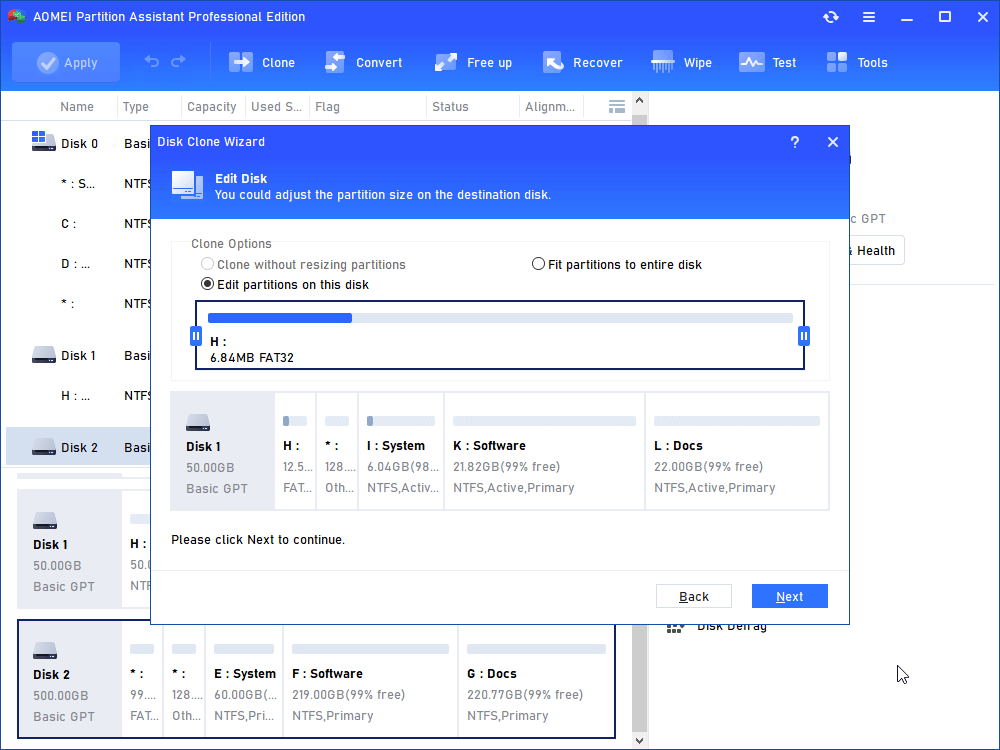 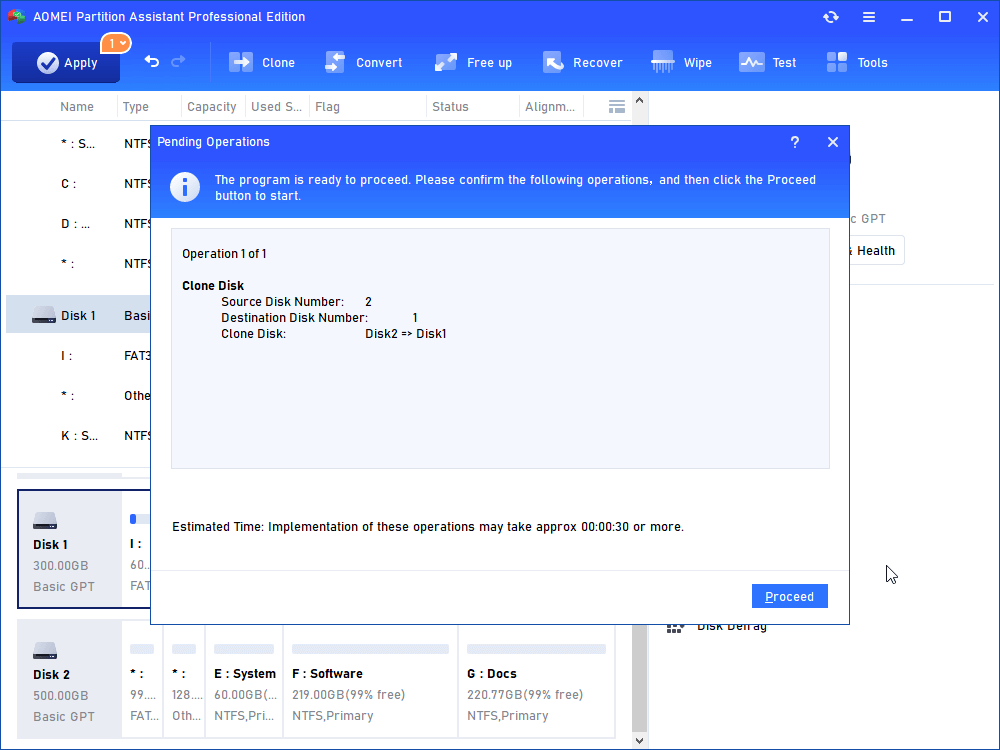 Step 7 (Optional). To boot from the cloned SSD successfully, you could exchange the connection socket of the HDD and SSD or enter BIOS to change boot priority to the SSD.

2) It is available to clone boot related partitions only rather than the entire HDD to SSD via the function Migrate OS to SSD in AOMEI Partition Assistant Professional.

3) To free up disk space on original HDD, you can format or wipe HDD after confirming that you can boot from the cloned SSD successfully.

It is not a difficult task to clone HDD to smaller SSD, like copying 500GB HDD to 256GB SSD via AOMEI Partition Assistant Professional. In fact, it is far more than a disk cloning tool. With it, you can manage disks and partitions conveniently and comprehensively including SSD secure erase and free space allocation. Also, it comes with Dynamic Disk Manager, capable of controlling dynamic disks and partitions.

You May Also Like
Cloned Drive BOOTMGR Missing Windows 10 (Solved)
How to Clone GPT HDD to SSD on Windows Server 2012 (R2)?
How to Clone Laptop Hard Drive to SSD Drive Without Reinstalling Everything?