What is File System in Windows Operating Systems?

What is file system? And how many types of it? This post will give you an elaborate introduction.

What is mean by file system?

Before we explain what is a file system, please imagine a large room. We put lots of some stuffs, like files, papers into this room disorderly every day. Naturally, the number of items in the room is sharply increased. And when you need to take out a paper from the bunch of things one day, you’re going to feel frustrated when facing such a messy room.

If we keep all the stuff organized, we would not have faced such a messy condition. Actually, the large room just like a storage device. And a file system is the way of storing data that decides how the data are stored and accessed in a disk. It divides data into different pieces and names them separately, so the data can be easily found by users. Otherwise, all the data would be out-of-order and cannot be even found by users. 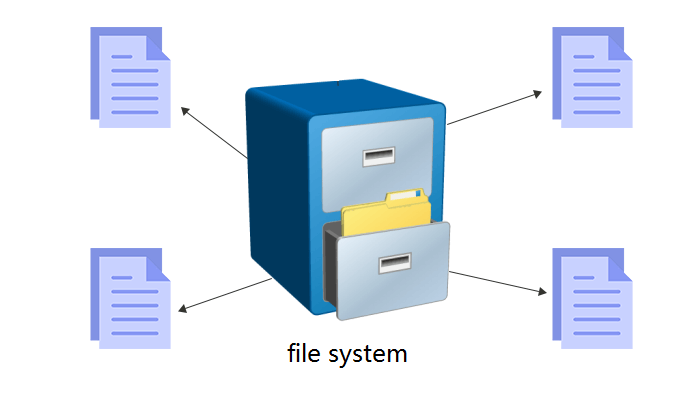 There are so many types of file systems; different file systems have unique features and have their own ways of organizing data. Some have faster speed, some provide better compatibility, and other has better security.

For Windows operating systems, FAT16, FAT32, exFAT and NTFS are four types of file systems most widely adopted by users. Here are some brief introductions about the different features of these four file systems.

● FAT16, also known as File Allocation Table 16, was created for old systems like MS-DOS, Windows 95. FAT16 uses a 16-bit binary number to keep clusters, and this is why it called FAT16. If a file exceeds the capacity of singular sector of a FAT16 partition, it would take more space than the size of the file itself.

FAT16 is outdated because it has a big weakness: it supports partition with a capacity of no more than 2GB. In today’s world, it is really difficult to find a disk under 2GB, and a 2GB disk cannot meet the demand of most users.

● FAT32 file system was firstly introduced by Microsoft in 1996 to be taken as the advanced edition of FAT16. It uses 32-bit binary number to hold clusters, limiting the partition or volume size up to 2TB with a sector size of 512 bytes. And it works with most of Windows, even Mac, and game consoles.

But it also has a size limit. It can only support a maximum of 32GB partition, and a maximum of 4GB single file. If you copy a file like a movie that is usually larger than 4GB to a FAT32 hard drive, you will be told that the file is too large for the destination disk.

● NTFS stands for New Technology File System. It is a great improvement in many aspects over FAT32 and FAT16 file system. It uses B-tree structure that allows users to use hard disk larger than 2TB and provides much fast speed, making itself a popular choice among an increasing number of Windows users. Besides, NTFS is a journaling file system that resists data loss and damage. It has additional permission settings that can encrypt files to control access of files and folders.

However, NTFS file system also has its weakness: it is only compatible with Windows 2000 and later versions. And NTFS doesn’t support PS4, android smartphone, camera, and other devices. Mac OS X can only read NTFS partition.

● exFAT is a new file system launched in 2006, which was usually used for flash memory like USB flash drive, SD card. It can be seen as a lightweight of FAT32 without additional features of NTFS. exFAT makes up for the disadvantages of FAT32 in file size and the compatibility of NTFS, which means it can store a file larger than 4GB and can both work in Windows and Mac OS.

However, exFAT file system is not suitable for HDD on computers, otherwise, the performance and service life would be seriously affected. And it doesn’t work in the Windows XP system. 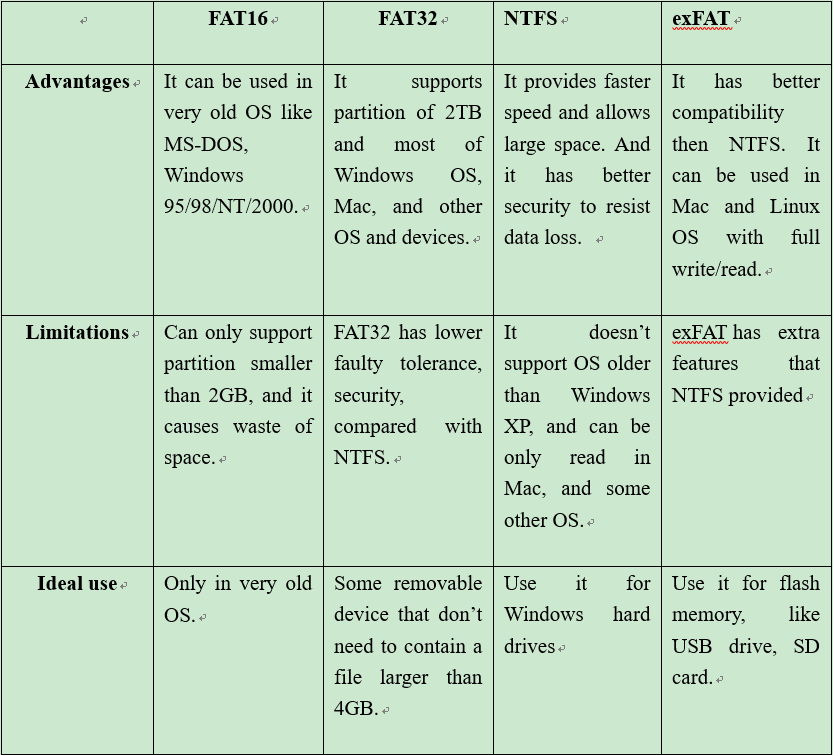 Due to the different features of the file systems, we need to choose a proper file system according to different OS and devices. And we can see that FAT32 and NTFS are much more suitable for Windows 10/8/7 hard disks.

How to change file system without formatting?

Although you can run “convert drive: /fs:ntfs” command to convert a partition from FAT32 to NTFS instead of formatting, you cannot execute a similar command to convert NTFS back to FAT32. In this case, you can switch to AOMEI Partition Assistant Professional.

This software allows you to change file systems between FAT32 and NTFS without formatting or losing data in Windows 7/8/10/XP/Vista without formatting. And with its user-friendly interface, the conversion operation can be finished within a few steps.

Step 1. Install and launch AOMEI Partition Assistant. Click “All Tool” in the left pane and select “NTFS to FAT32 Converter”.

Step 2. You can choose either NTFS to FAT32 or FAT32 to NTFS, select one according to your need, and click “OK”.

Step 3. Select the partition you want to change its file system, and click “Next”.