For most of the Windows Server users do know that Diskpart is included in versions of the Windows NT operating system line from Windows 2000 onwards. But do they completely know how to use Diskpart? Still, Diskpart is geeky and complicate to most people. Thus we need to manage our partitions in an easier way with an appropriate third party like partition magic for Windows Server 2008 R2. AOMEI Partition Assistant is also a competent partition software. Windows Server 2003, 2008 (R2), 2012 (R2), 2016, 2019 users will be satisfied with the functions it includes.

To partition a hard drive, Windows Server 2008 R2 disk management has some restrictions. Meanwhile, AOMEI Partition Assistant offers the users an easy way to manage the partitions without such restrictions. It can automatically move the unallocated partition right next to the target partition to realize the extension. The shrink/extension operation is risk free. The users don’t need to worry about their data safety. 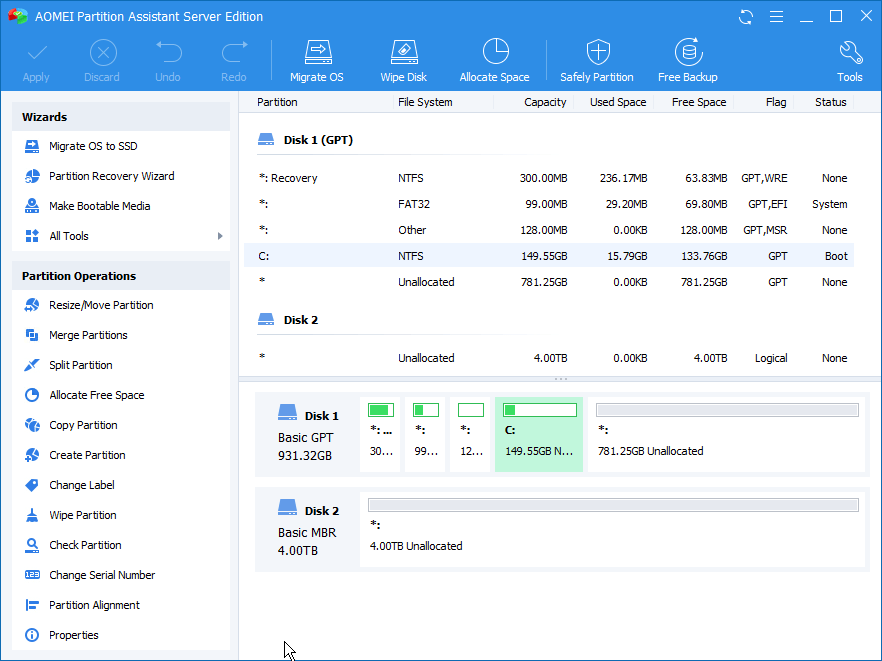