Need to convert primary to logical partition, so that you can create more partitions on MBR disk? You can turn to AOMEI Partition Assistant, which can help you achieve this goal without efforts. 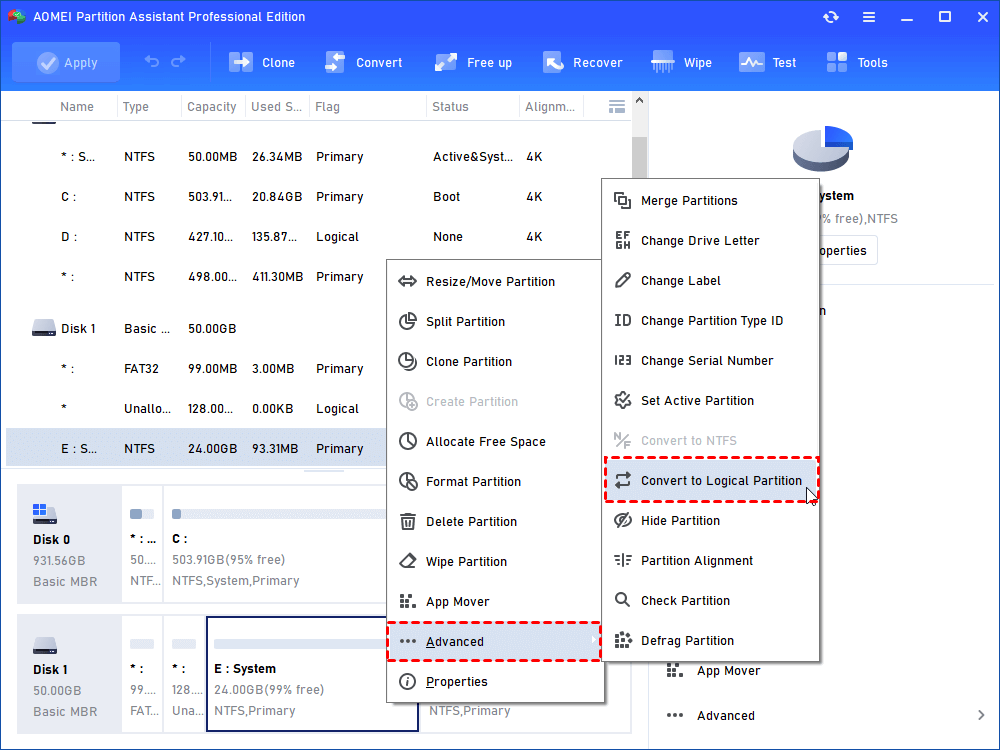 Step 2: Click “OK” to confirm the operation in the following pop-up window. 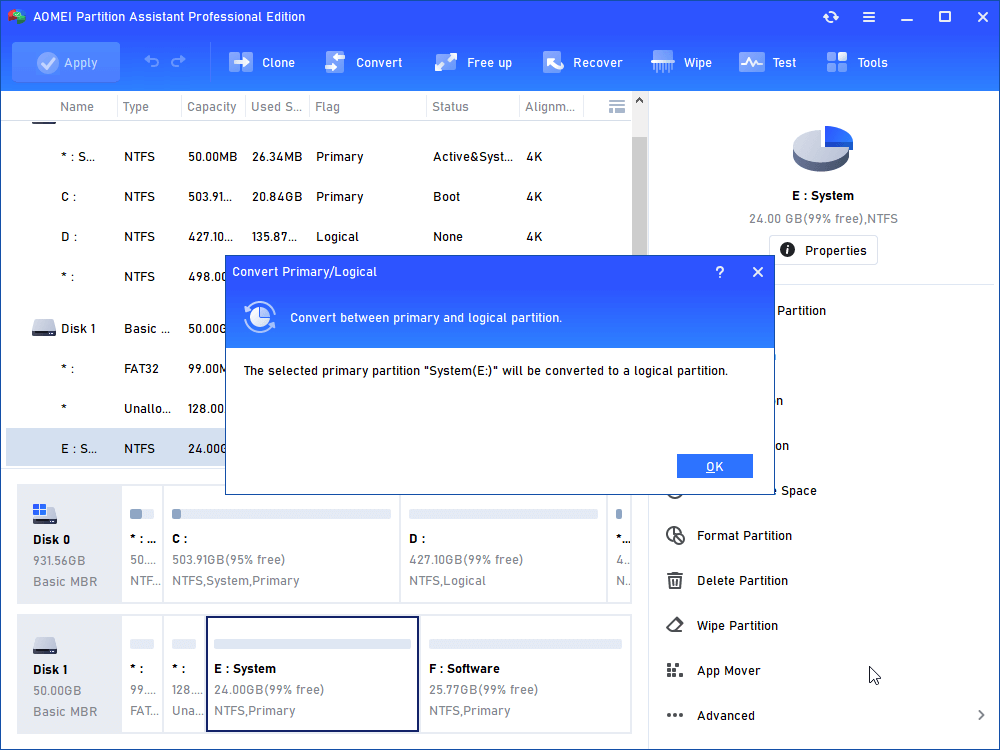 Step 3: Commit the operation by clicking “Apply” on the toolbar. 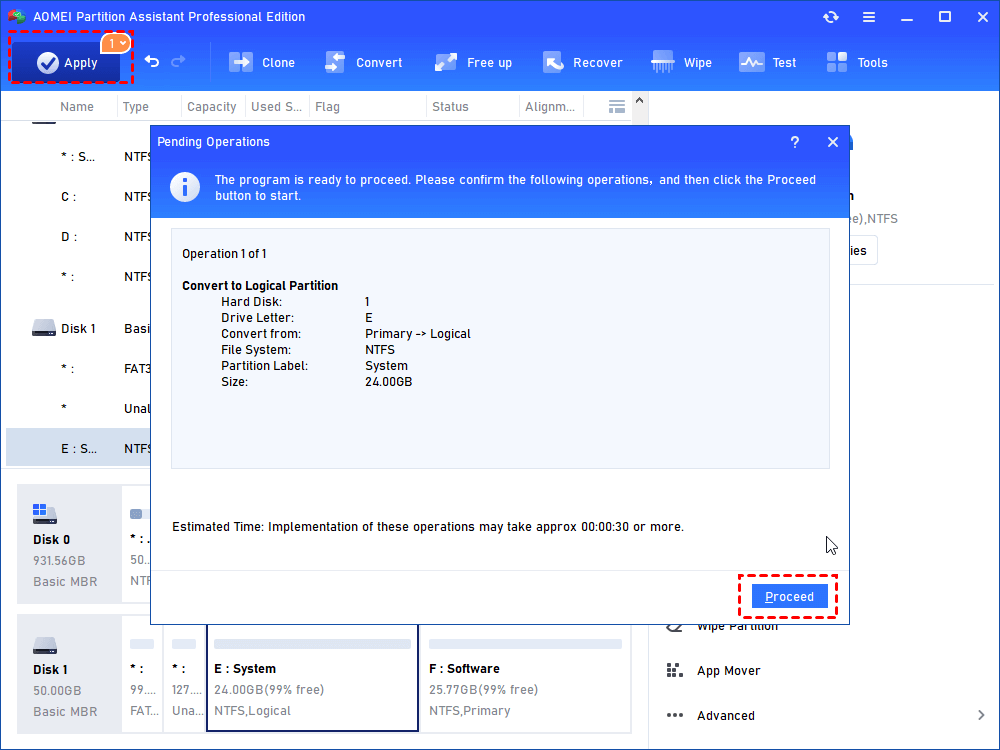