In Windows SBS 2011, 2008, 2003, if the space of RAID 5 partition is not enough, it will lead server to run slowly, how to solve it? Expanding partition becomes very important.

RAID is short for Redundant Array of Independent Disks, originally called "Redundant Array of Inexpensive Disks". The basic idea is to combine a number of relatively inexpensive hard disks together to become hard disk arrays and make the performance be the same as, or even better than an expensive, large capacity hard disk. Simply put, RAID is to assemble a multi-block independent disk (hard disk) according to different ways to form a disk group (logical hard disk). It can provide higher storage performance and data backup technology than the single disk. Disk array can be combined in different ways, so we called it RAID Levels which can be divided RAID-0, RAID-1, RAID-1E, RAID-5, RAID-6, RAID-7, RAID-10, RAID-50, and RAID-60. Among them, RAID 0, RAID 1, and RAID 5 are common.

RAID5 refers to an independent distributed parity disk structure. Under the commercial application environment, RAID5 is the most widespread RAID level. The biggest characteristic of RAID5 is hard disk redundancy. RAID5 requires 3 or more than 3 hard disks and utilization ratio is N-1 of storage space. For RAID 5, the parity check codes exist in all disks, its readout efficiency and write efficiency are high, and block type collective access efficiency is also good. Due to the feature, data security reliability improves and allows a single disk to go wrong. For RAID, it is based on the data of the parity bit to ensure the security of data by storing alternately the parity bit in each hard disk. In this way, if any hard disk damage, you can reconstruct the corrupted data based on the parity bit of other drives.

On Windows SBS 2011, if RAID 5 partition space is not enough along with data increase, how will you do? Maybe someone will repartition RAID 5 array, but it is quite time-consuming and complicated because there are at least 3 hard disks. 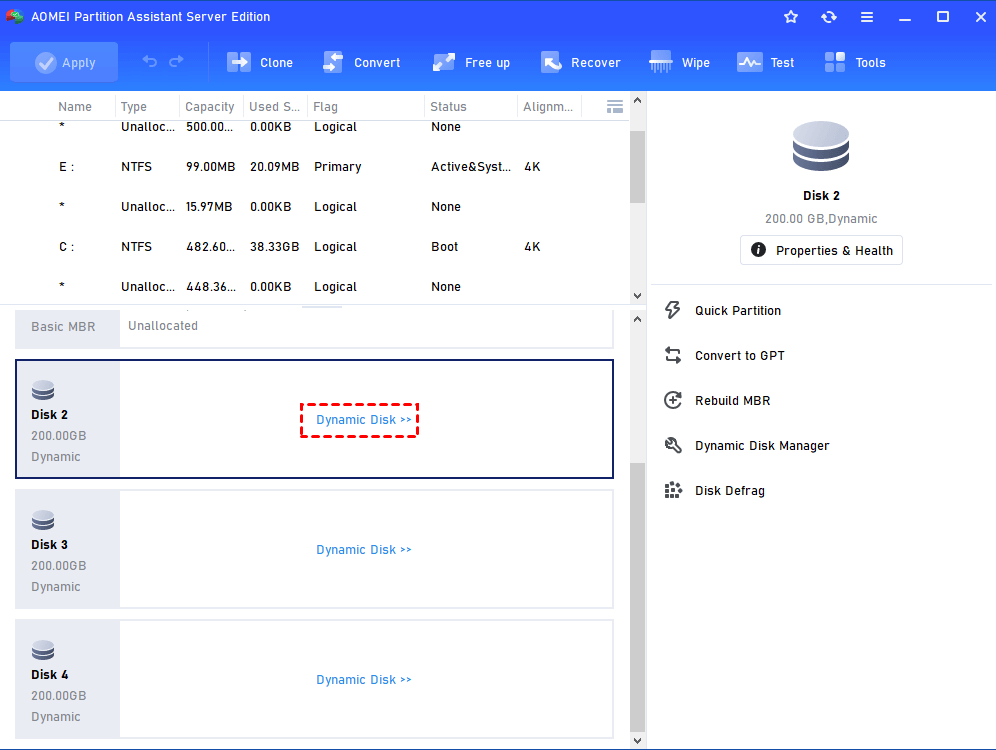 Step 2: Choose the volume by right-clicking, and select “Resize Partition”. Here resizing I drive as an example. 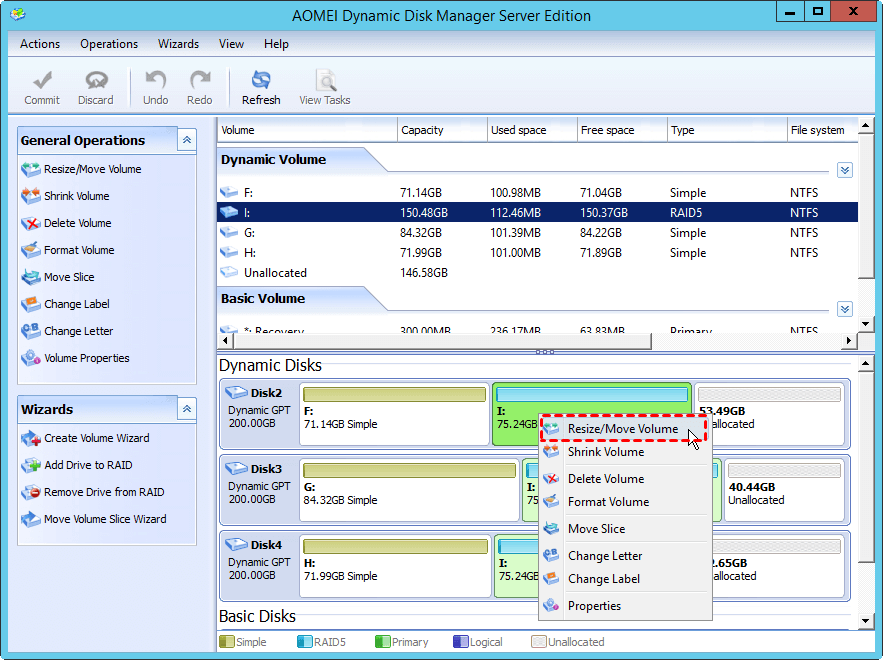 Step 3: Then drag the slider like the screenshot to expand the raid 5 partition. 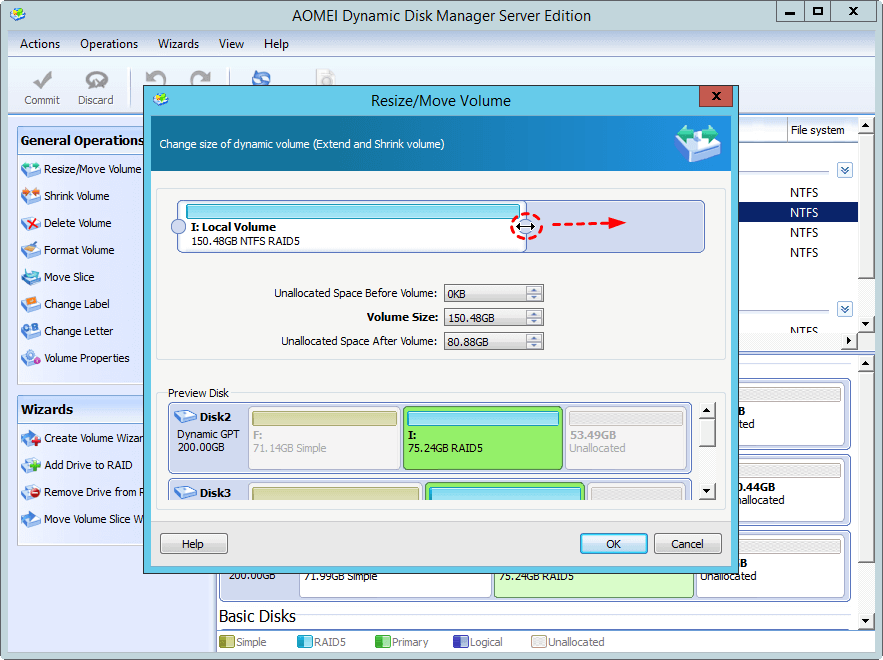 Step 4: Then click “Commit” to start the expanding operation. 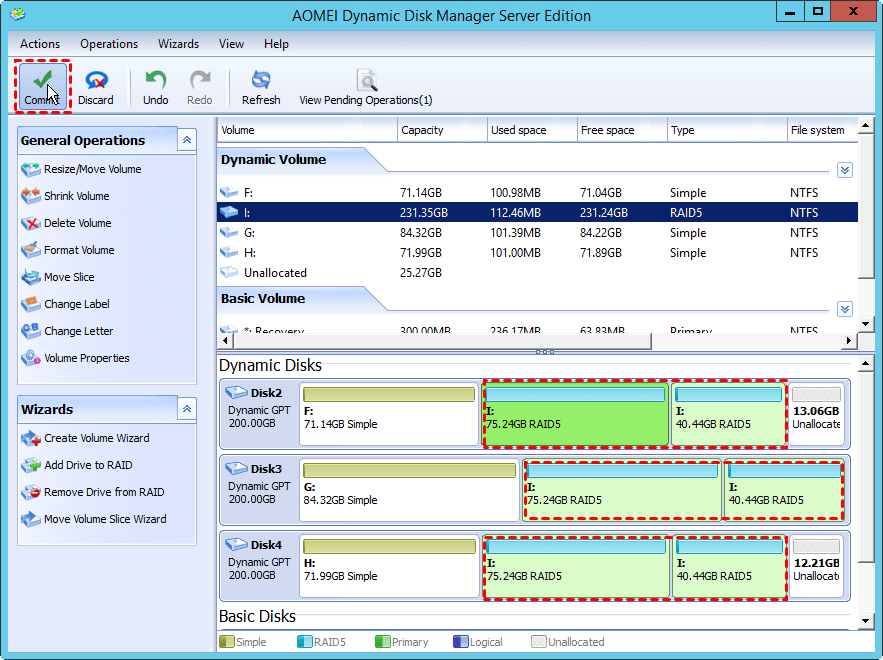 In a word, in fact, it is easy for users to expand RAID 5 Partition Windows SBS 2011 under AOMEI Partition Assistant Server. No matter in SBS 2011, 2003, 2008, or all PCs and Servers, the software is a good assistant. After resizing partition, your computer will runs quickly on RAID 5 array in Windows SBS 2011.

You May Also Like
How to Expand Raid 5 Volume without Losing Data? (Two Methods Offered)
How to Extend a Partition without Data Loss with Extend Partition Wizard in AOMEI Partition Assistant?
How to Resize Dynamic Volume Easily and Safely?