Why Should Not to Defragment an SSD？

Many traditional hard drives have spinning platters and data is stored in different places around the platters. As your computer writes data to your drive, the file will be stored in cluster which is ordered sequentially from one side’s of the device’s platter to another.

This is a time consuming work. So you need defrag to put the file in sequential order to speed up the reading time, because the more head moves the longer time it will takes. Therefore, Defrag is a way to optimize your computer which is required by hard drives.

Why You Cannot Do Defrag on SSD

As for traditional hard drive (HDD), it will take longer time to read or write file which is located on different parts of the disk compared with the one located in one space (learn more in SSD vs HDD). Therefore, defragment is a good way to speed up your computer, but should you defrag Solid State Drive (SSD)? 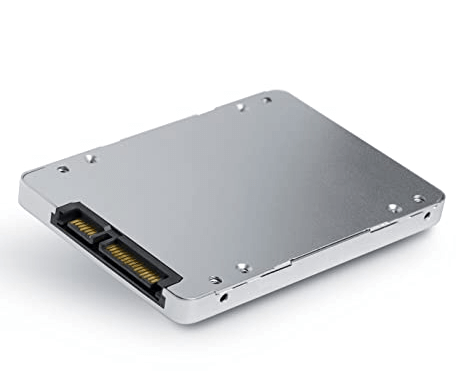 With a SSD, it is recommended that you should not defragment the drive because it can cause unnecessary wear and tear which will do harm to its life span. Besides, defragmentation isn’t required by SSD due to its different technology compared with traditional hard drives.

What happens if you defragment an SSD?

SSD has a bunch of memory chips. When you read something from them, the controller chip activates some bits and the correct is read from the memory. You don’t worry where your data is stored. Because, SSDs have the ability of reading blocks of data spread out over the drive as fast as they read those blocks that are adjacent to one another. So fragmentation does not affect the speed of SSD. Furthermore, they keep track of the order the files are written using a technique called wear-leveling. This way makes disk wear out evenly; which means that the drive does not degrade prematurely.

Therefore, defragment is unnecessary for you to enhance its performance. On the contrast, it is harmful to SSD’s life span.

Other Things You Should Pay Attention

From mentioned above, you have known defragment is harmful for your SSD. In order to make you get most from SSD, you should make sure you know the other things you also can’t do.

● Don’t Fill the Capacity
There should be much free space on SSD; otherwise the write performance of SSD will decrease dramatically. Because when SSD has much free space, it has many empty blocks, you can write your new data in the empty block. However, if there is litter free space, SSD has many filled blocks. When you need to write new data, it have to read filled block into its cache and modify the block with new data, then write data back to hard drive. This will take more time.

● Don’t Write Constantly
In order to increase the life span of SSD, you should decrease the writing time as much as possible. For example you can tweak your program settings or make the new writing store in your mechanical hard drive to solve the problem.

● Don’t store infrequently Accessed files
SSD is smaller and much more expensive than traditional hard drives. But it has advantages such as less power usage, less noise, fast speed. So in order to take full use of SSD, you should store operating system files, programs, games and other files which are used frequently in SSD.

With the new technology, SSD has made a great change on the performance of computer. So as a SSD user, you should pay attention to something related with SSD, which can help you get most from it. However, the performance of writing and reading of SSD could be displayed by SSD benchmark. Use some tools, you will know SSD more.

You May Also Like
MBR VS GPT: Which one is better for SSD?
How to Solve SSD Write-Protected Issue in Windows 10, 8, 7?
The Introduction of SSD: Cons, Pros and How to Choose