How to Move OS to SSD in Dell XPS without Reinstalling?

Want to move OS to SSD in Dell XPS without reinstalling? You can try AOMEI Partition Assistant Professional, a great OS migration software for Windows.

Why Move OS to Larger SSD for Dell XPS?

Dell XPS series laptops, like Dell XPS 8900, XPS 8910, XPS 13, XPS 15, etc. are usually pre-installed with a 128GB or 256GB SSD. With more data you download and more programs you store, the internal SSD must be full now. It's no doubt that a 500GB or more SSD is the best choice to improve the performance of a computer. Besides, moving OS to a larger SSD for Dell XPS laptops will reduce the chance of corruption, shorten the boot time, and speed up the computer with a fast speed of reading and writing. 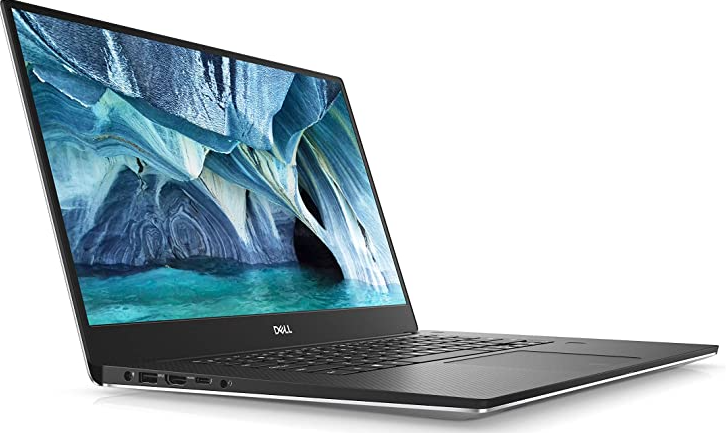 If you're planning to install a new SSD with a larger capacity, there's one problem you'll confront: reinstalling OS. Reinstalling OS will cause data loss. You'll need to reinstall all your programs and restore all your data files (if you have a backup). Thus, if you can directly move OS to that new SSD, and keep the old disk as a data disk, that would be more convenient.

However, many users have no idea about how to move OS to SSD. After moving OS to SSD, you can use these data directly by setting up the first boot device with several steps. Compared with Windows reinstallation, it regards as a time saver.

The Dell XPS laptop’s SSD drive is much different from the traditional 2.5-inch SSD drive. To figure out which SSD you can do this replacement, you have to check your Dell XPS computer’s SSD belongs to which generation of Intel processor.

If your CPU’s model number begins with a 5 (eg: Core i5-5200U), you have Broadwell; if it begins with a 6 (eg: Core i5-6200U), you have Skylake. The two models require an M.2 type 2280 SSD drive. Consult the manufacturer of the Dell XPS computer if there is anything you don’t understand how to choose a larger and a suitable SSD drive for the replacement. Except for the larger SSD drive, you’ll need the best OS migration tool, M.2 SSD to USB adapter, your Dell XPS 13/15 laptop, and two screwdrivers.

How to move OS from a smaller SSD to a larger one for a Dell XPS computer? Use the OS migration tool. To determine, what kind of OS migration software you need, first check what your Dell XPS OS is? If your OS is Windows operating system, AOMEI Partition Assistant Professional could be your best choice.

Its "Migrate OS to SSD" function allows you to clone Windows and all other applications saved on the system drive without data loss. If you want to transfer all data including files and apps installed in data partitions, you can use its Disk Clone Wizard.

✔ AOMEI Partition Assistant fully supports all versions of Windows Vista, XP, 7, 8, 8.1, 10, 11 as well as MBR/GPT disk, BIOS, and UEFI boot mode.
✔ Using hot clone method, users don't need to reboot PC or cease the running programs.
✔ It can not only migrate OS to a larger SSD but also migrate OS from an HDD to a smaller SSD.
✔ During the operation, it can make 4K partition alignment for SSD for getting better performance.

▶ It’s available to download the demo version of AOMEI Partition Assistant Professional to have a free trial!

The following are the details about how to move Dell XPS OS to a larger SSD.

Step 1. Install and run the software, select "Migrate OS to SSD" on the left panel to enter the next window, then hit "Next".

Step 2. Choose the larger SSD drive as a target disk to move OS. Then hit "Next".

▶ Tips:
◆The target SSD must have the unallocated space; otherwise, you can’t go on next step.
◆ If the larger SSD drive has partitions on it, the program will prompt you to delete all partitions to get an unallocated space. Back up essential files before deleting them in case of data loss.
◆ If you would like to migrate OS from MBR disk to GPT disk, make sure your motherboard supports EFI or UEFI boot.

Step 3. Resize the newly created partition on the larger SSD disk by dragging the double-arrow or setting the value in the "Partition Size" box. Then press "Next".

Step 4. In the next interface, make sure you have noted how to boot from the larger SSD drive and then click "Finish" back to the main window.

Step 5. Preview the result of the OS migration on the "Pending Operations". To accomplish Dell XPS move OS to a larger SSD disk, click "Apply" on the toolbar to take effect.

You May Also Like
Clone Dell Hard Drive to SSD in Few Clicks [without Reinstallation]
How to Clone Large HDD to Smaller SSD Easily?
Step-by-Step Guide: Clone MBR to GPT SSD Securely and Effectively