How to Format USB Flash Drive for Xbox 360 on PC?

The Xbox 360 is a dedicated machine – “games console”, researched and developed by Microsoft with the purpose of dethroning Sony's PlayStation. Compared with its predecessors, the Xbox 360 is more powerful. Far more than a video game console, It is a total media center, with which users can play, network, rip, stream and download all types of media, including high-definition movies, music, digital pictures and game content.

What format does Xbox 360 use for USB?

If you’ve had your Xbox 360 for a long time, you probably find its internal storage runs out of space. Luckily, you can use a USB flash drive as an Xbox 360 storage device and store up to 2 terabytes (TB) of content. However, in order not to affect the performance of your Xbox 360 game console, the prepared USB flash drive must be larger than 1GB (up to 2 TB in size), and must be formatted to be Windows FAT32 file system. The Xbox 360 does not support NTFS or exFAT file system.

How to format USB flash drive for Xbox 360?

From above, we know that the proper format for USB flash drive used on Xbox 360 is FAT32. Now, it is necessary to learn how to format USB flash drive to FAT32 for Xbox 360. You can format it on PC or on the game console directly. Two methods will be explained in detail below.

Note: Before you format a USB flash drive as an Xbox storage device, make sure you have the latest console software update.

If the USB flash drive is less than 32GB, you can use Windows built-in Disk Management or File Explorer. If it is over 32GB, you have to use the third-party partition manager since Windows native tools cannot format 32GB+ partition to FAT32 file system. If you are in such a situation, the free partition manager AOMEI Partition Assistant Standard is a great choice. This freeware can format a partition, with maximum capacity of 2TB drive, to FAT32 successfully. 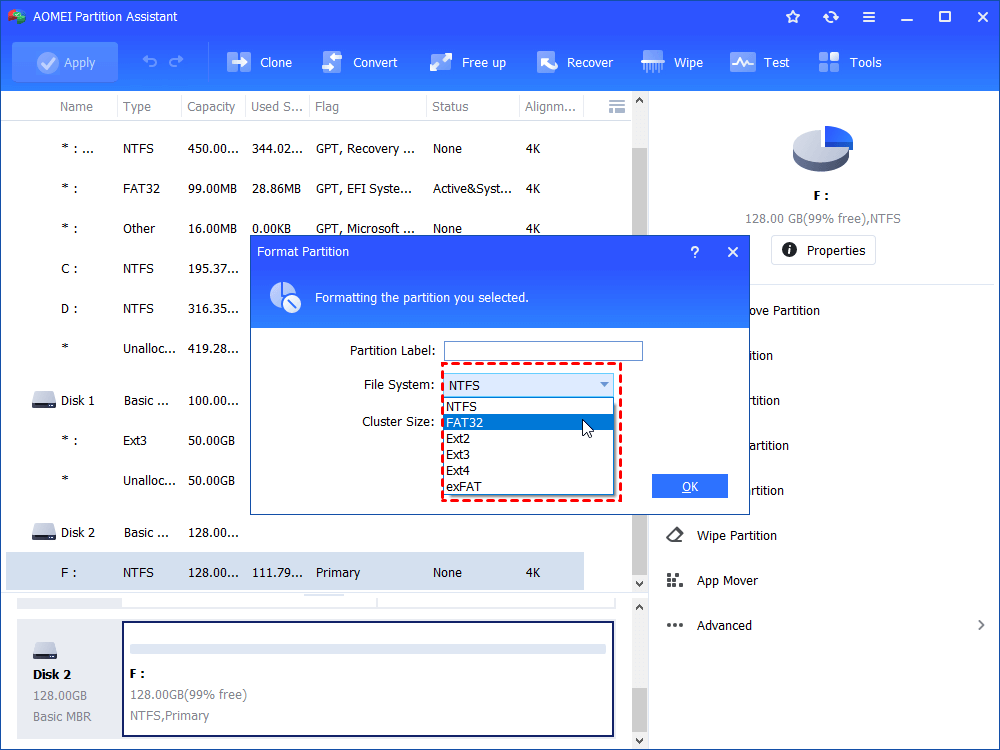 Step 2. Select the FAT32 in the File System menu and click on “OK”. 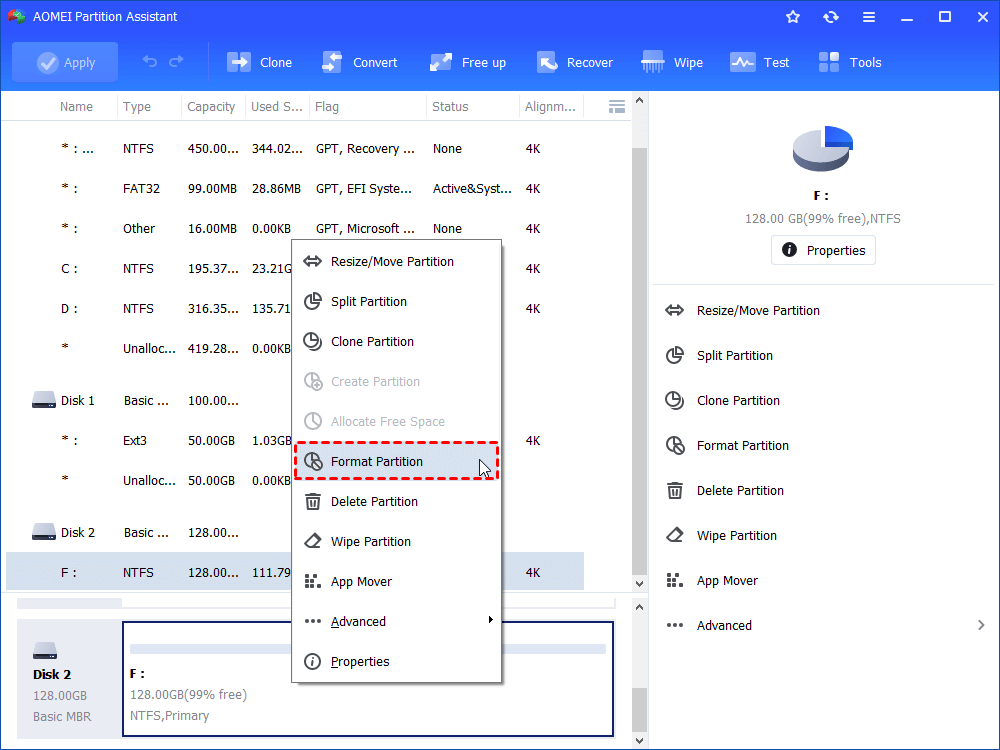 Step 3. Back to the main interface, click on “Apply” to commit the pending operation. 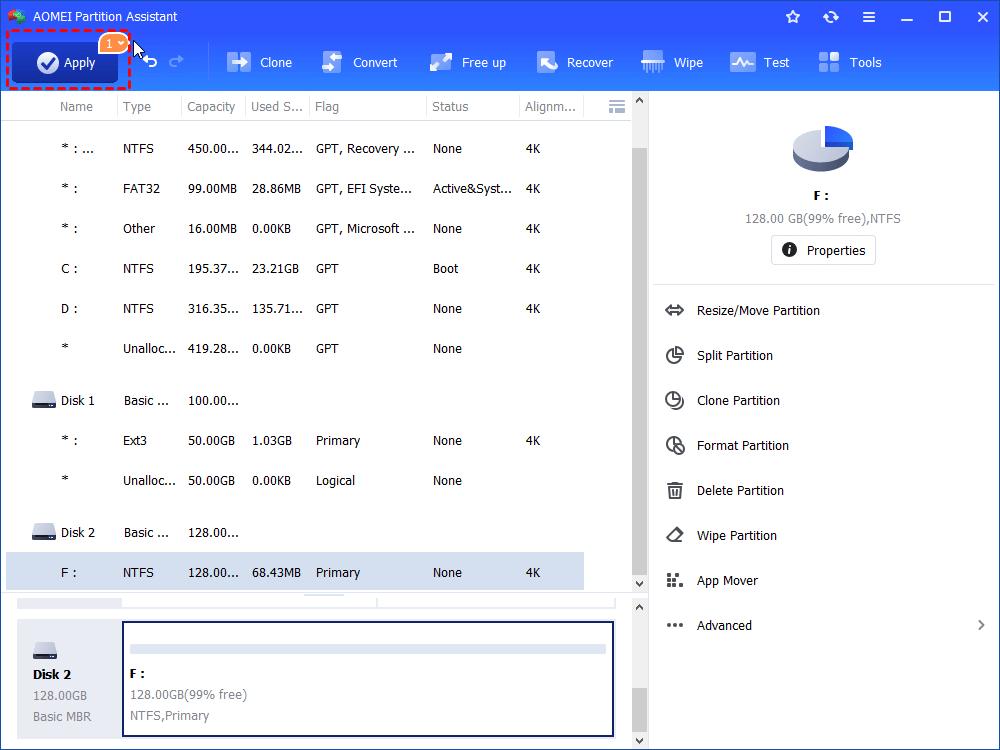 If you don’t want to format USB flash drive on PC for Xbox 360 usage, you can directly format it on the game console, follow these steps:

Step 1. Plug a USB flash drive into a USB port on the front of your console. Press the Guide button on your controller.

Step 2. Select “settings”, and then select “System”. This will open a new menu

Step 3. Select "Storage" or "Memory" option. The label will vary depending on which model Xbox 360 you are using.

Step 5. Select either “Configure Now” or “Customize” to format the USB flash drive for Xbox content.

☞Configure Now: it will convert the entire USB flash drive space to the Xbox 360 storage format. Select Configure Now, and then confirm that you want to erase all data on the USB flash drive.
☞Customize: it allows you to choose how big you want the Xbox 360 partition to be and you can use the rest drive space for other data. Select “Customize” and you can use the slider to set how much space for the Xbox 360 storage.
☞There is 512 MB reserved for system use.

You May Also Like
Format External Hard Drive for PS4 or PS3 within Three Steps
Learn How to Copy Old PS3 HDD to New Hard Drive
How to Upgrade PS4 Hard Drive without Losing Data?