How to Make Pendrive Bootable Using CMD in Windows 10, 8, 7?

This page provides you with details about how to make pendrive bootable using CMD in Windows 10/8/7.

What is bootable pendrive?

A Bootable pendrive, also called bootable USB, It enables your computer to start up from the USB instead of boot up from installed system. Generally there are 2 purpose to creating such pendrive: 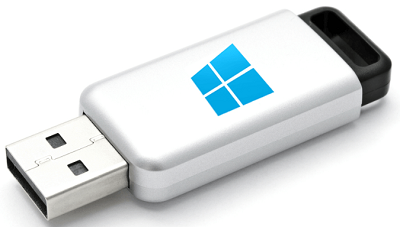 1. To install Windows OS on a PC. If you have a new computer without Windows system installed, you can download Windows installation file from Microsoft, and make a USB bootable using CMD (Command Prompt).

2. To have a portable system. Such bootable pendrive contains a fully Windows operating system. It is used for running a certain system on any other computer wherever you go.

3. Create a bootable reparing tool. Sometimes, your PC might have a booting issue. A reparing pendrive can boot into WinPE mode to repair the system disk.

You can follow the steps given below to learn how to make pendrive bootable using CMD for Windows 10/8.1/8/7 and the latest Windows 11.

How to make pendrive bootable using CMD in Windows 10/8/7?

To make a USB bootable, it needs to be formatted and to be set active. Many people people will enter command line to perform it.

✍Before the operation, you need to prepare:

Step 3. Input the following commands and execute them: 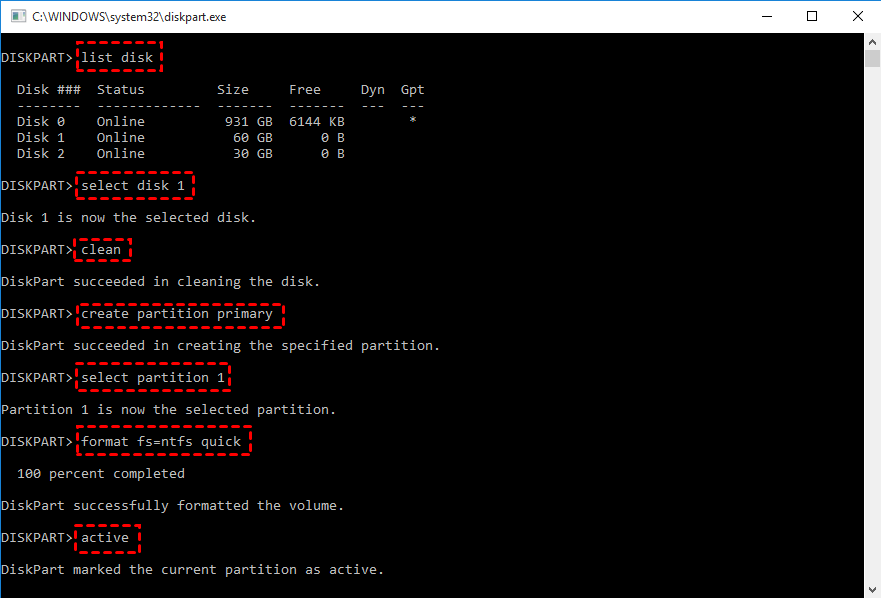 After all the steps, the pendrive is bootable, you can burn ISO file to the USB, or install Windows to the USB.

Actually, there is an easier way to create a bootable pendrive - AOMEI Partition Assistant Professional. It provides 2 feature named "Windows To Go Creator" and "Make Bootable Media". The formatter create a portable system in a pendrive, and the latter can create a Win PE device.

It is a user-friendly tool for Windows system. And durring the 2 processes, the pendrive will be directly formatted, so you can create a bootable drive in a few clicks. Here is the demo version allowing you to see how it works.

Step 2. In the main interface, click “All Tools” and choose “Windows To Go Creator”. 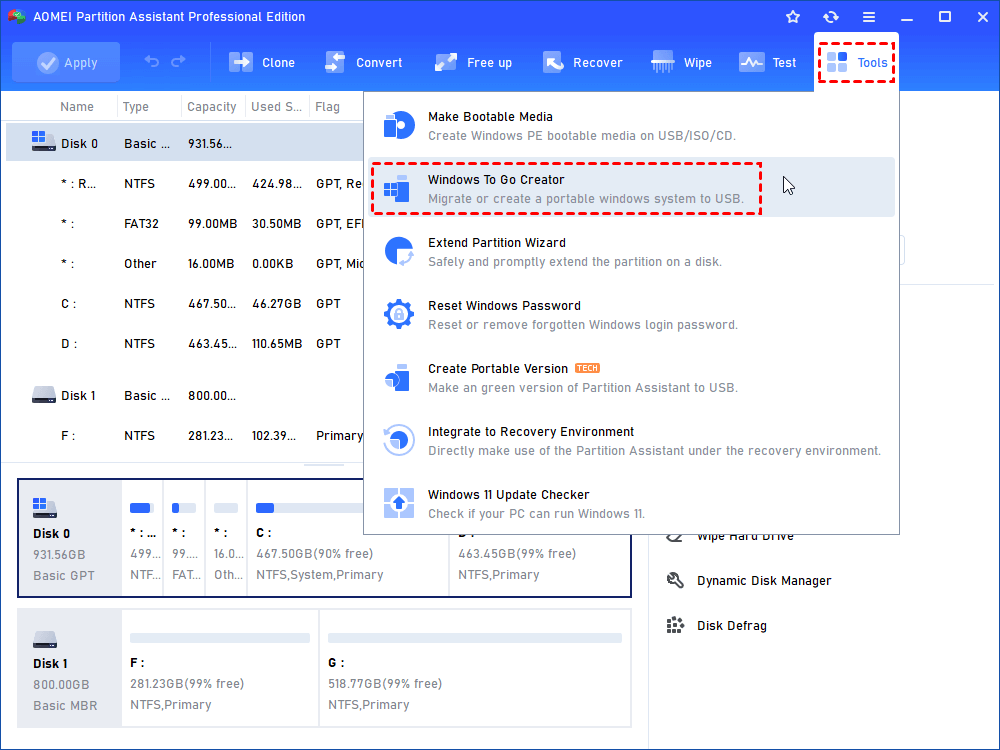 Step 3. In the next screen, choose “Create Window To Go for personal computer” and click “Next”. 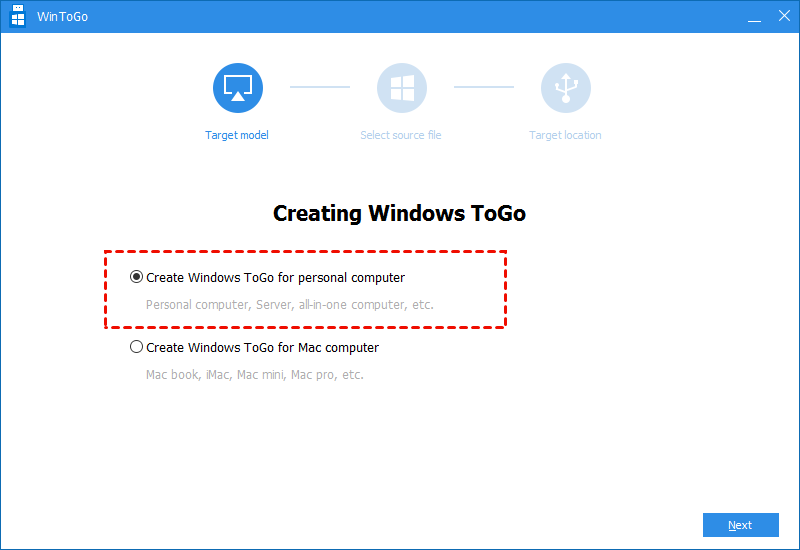 ✍Note: If your computer is Mac, you should choose “Create Windows ToGo for Mac computer” to boot Windows mac from USB external drive.

Step 4. Then choose “Create Windows ToGo with system disc/ISO” and select the installation file, and click “Next”. 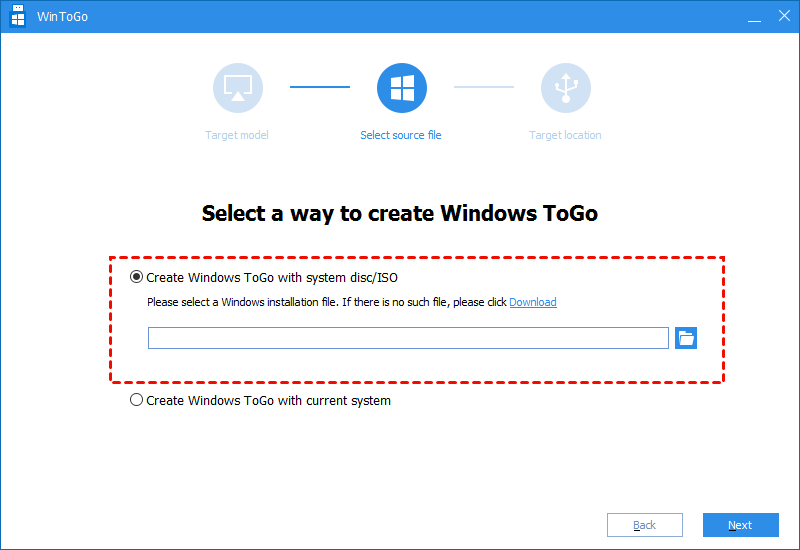 Step 5. In this window, the program will detect the pendrive. If it doesn’t, click the refresh button. And the USB will be formatted, please back up the data in advance. And click “Proceed”. 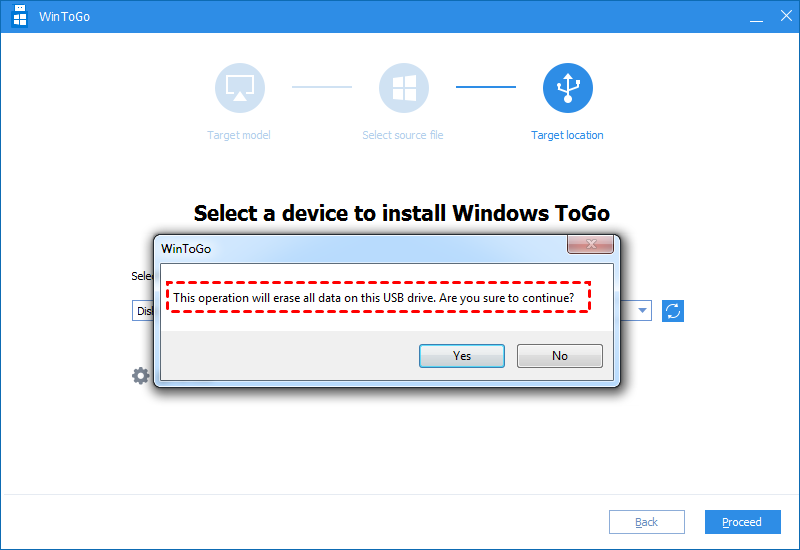 After you make pendrive bootable via AOMEI Partition Assistant, you obtain a portable system, and you can carry it to anywhere to start a computer even a brand-new PC. Also, when you insert the bootable pendrive, ensure it is the first boot device.