How to Partition HDD for Xbox 360 with Third-party Software?

As many people use external hard drive (HDD) for game consoles nowadays, how to partition HDD for Xbox 360 and Xbox one becomes a problem. You can find a solution here.

Why partition HDD for Xbox 360?

Xbox 360 and Xbox One must be familiar to many game enthusiasts. Xbox 360 is the second generation consoles developed by Microsoft, while Xbox One, known simply as XONE or XB-ONE, is the subsequent model of Xbox 360. Actually, apart from games, they are also able to save data like music or movies. Thus, for the sake of better management, to partition HDD (Hard Disk Drive) for Xbox 360/Xbox one is not a bad choice. And the following instructions will show you how to do it.

One thing should be noticed first that Xbox360/Xbox one can only read FAT32 file system. Normally, FAT32 can be converted to NTFS easily but not vice versa. If your HDD is NTFS, don’t worry. AOMEI Partition Assistant Standard also has the function to help you convert NTFS to FAT32. It breaks the limitation compared with Windows built-in Disk Management. With Disk Management, only the partition whose size is smaller than 32GB can be formatted from NTFS to FAT32.

How to partition HDD for Xbox 360 with AOMEI Partition Assistant?

Now let’s see how to partition HDD with AOMEI.

Step 1: Download and install the freeware. Connect HDD to your PC then launch AOMEI Partition Assistant. 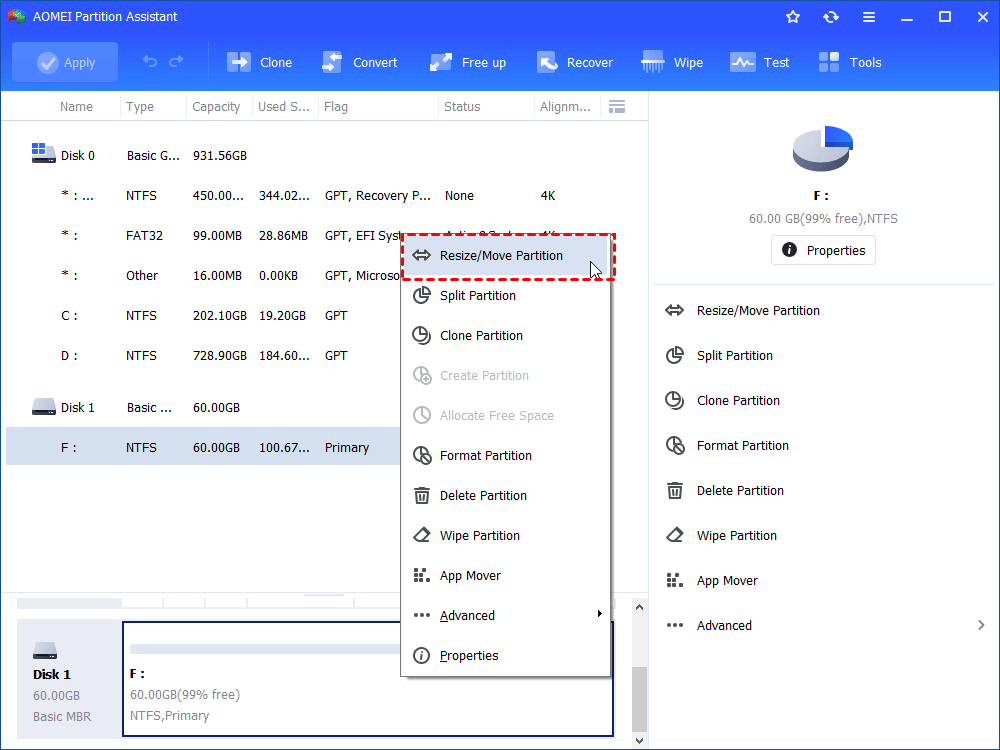 Step 3: Move the mouse pointer to the border (either left or right side) and drag it. Then click "OK". 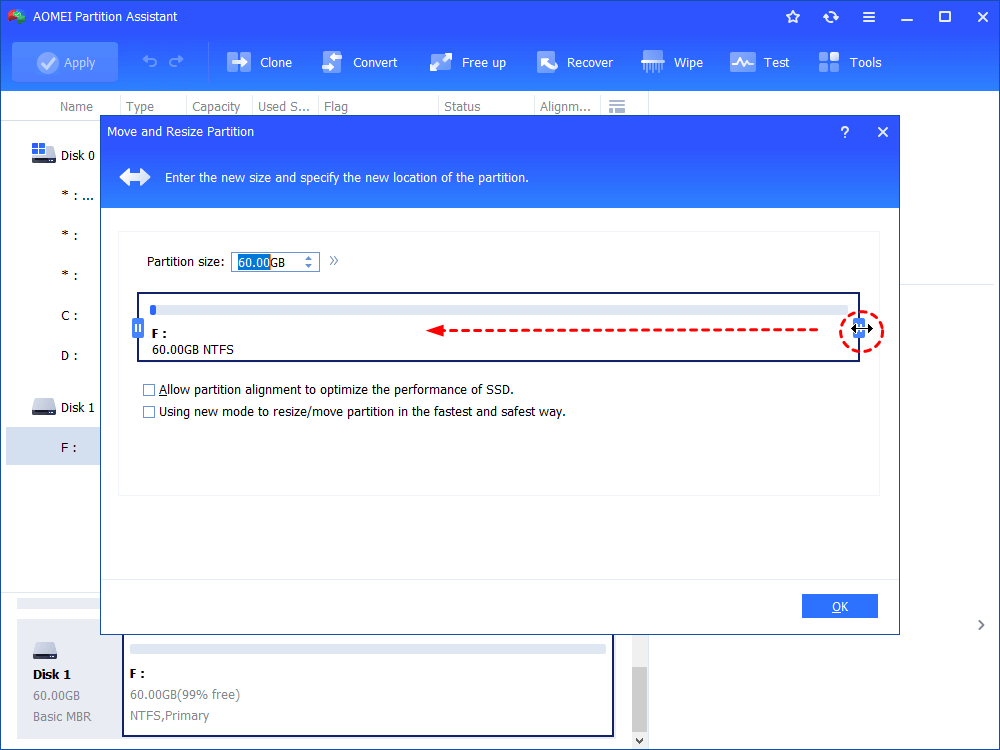 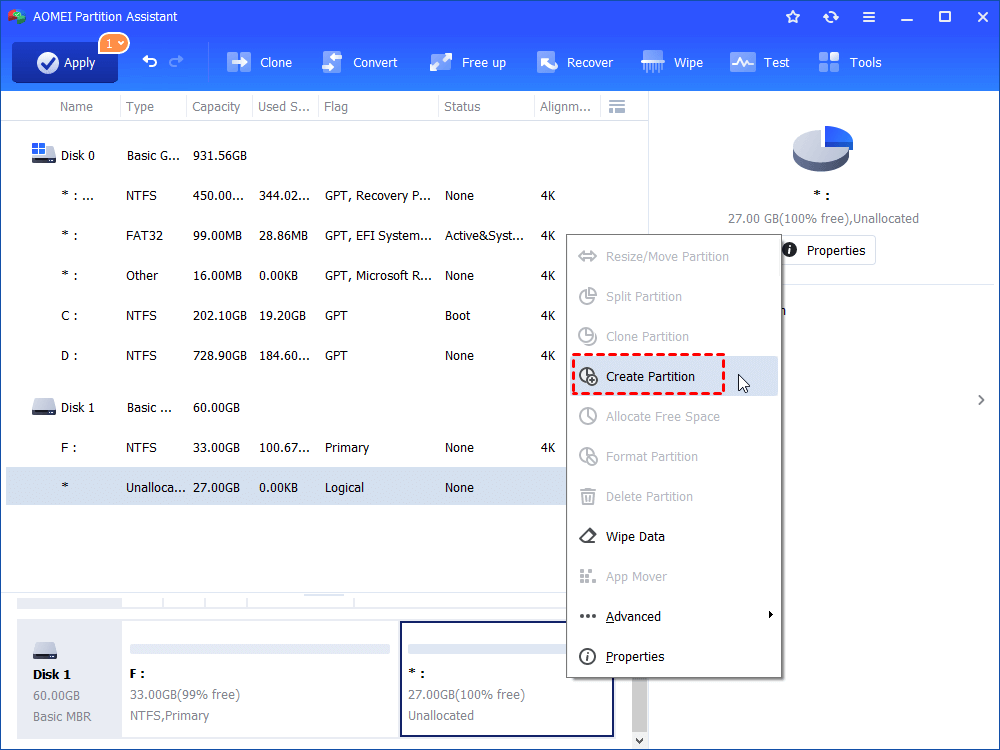 Step 5: You may specify the settings as you like, but the file system must be FAT32. 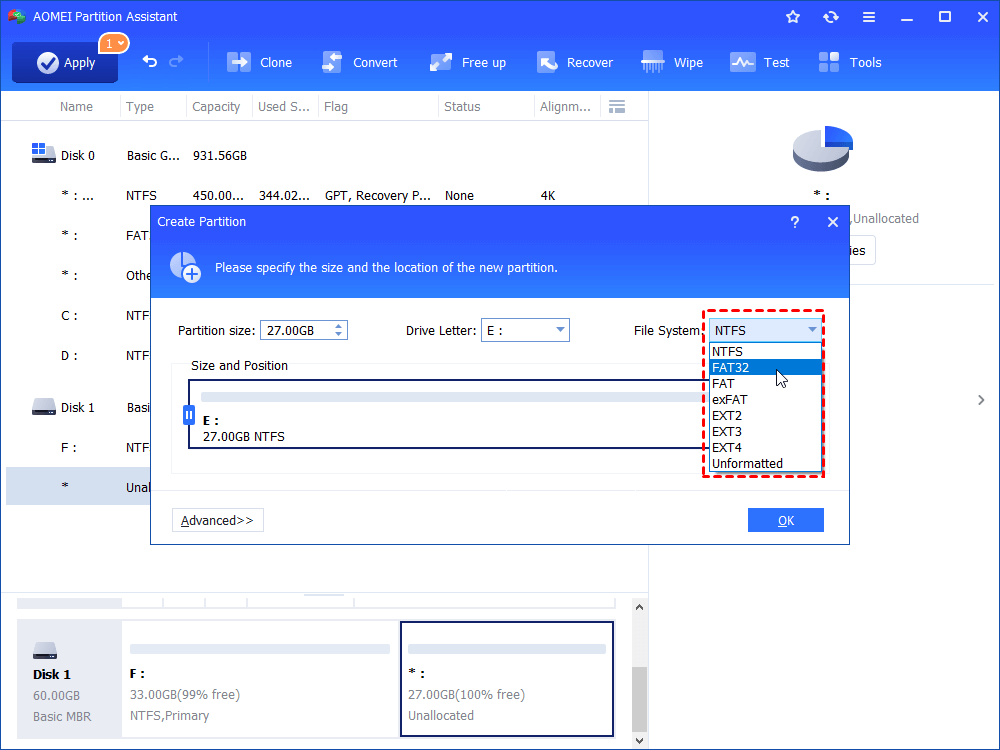 Step 6: You can create more partitions and resize them according to your need. After all operations, click “Apply” to execute. 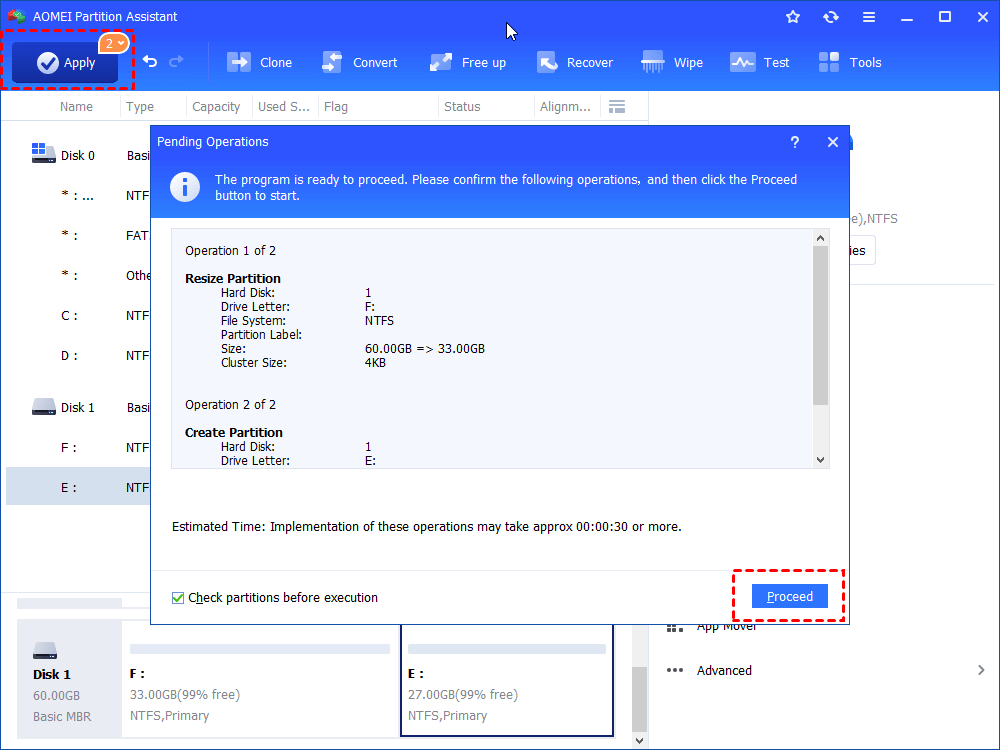 In general, not only the hard drive for Xbox360/Xbox one, other disks can all be partitioned by AOMEI Partition Assistant. The whole process is safely without data loss. Besides, there are other useful functions such as “Merge Partitions”, “Split Partition”, “clone partition” and so on.