This paper tells you how to format internal or external hard drive for Xbox One or Xbox 360 simply and quickly with the help of AOMEI Partition Assistant.

For game fans, Xbox One is not a strange concept. What is the Xbox One? Xbox One is a home video game console developed by Microsoft in May 2013. Generally, Xbox One has a built-in either a 500GB or 1TB internal hard drive. You can install games, applications, and other system functions on this space. Thus, you can play games on Xbox One.

After a long period of time, you will find the capacity is not enough for daily use. In most cases, you may add an external hard drive for your Xbox One to gain more free space, install games and load programs quicker. You should know the external hard drive is larger than 256GB and supports USB3.0. Xbox One is the successor to Xbox 360. You might use the Xbox One X or Xbox One S game console.

What format does a hard drive need to be for Xbox one?

How to Do Xbox One Hard Drive Format in Windows 10/11PC?

This free partition manager can make up the limitation of Disk Management: cannot format over 32GB hard drive to FAT32. It’s more flexible and reliable to use in Windows 7, 8, 10, 11. Now, you can free download the AOMEI Partition Assistant Standard and try the two different methods to perform Xbox one hard drive format task.

1. Install and open the program; make sure the external hard drive is connected with your computer correctly.

2. Pitch on the Xbox One/360 external hard drive, select Format Partition at the dropdown menu. 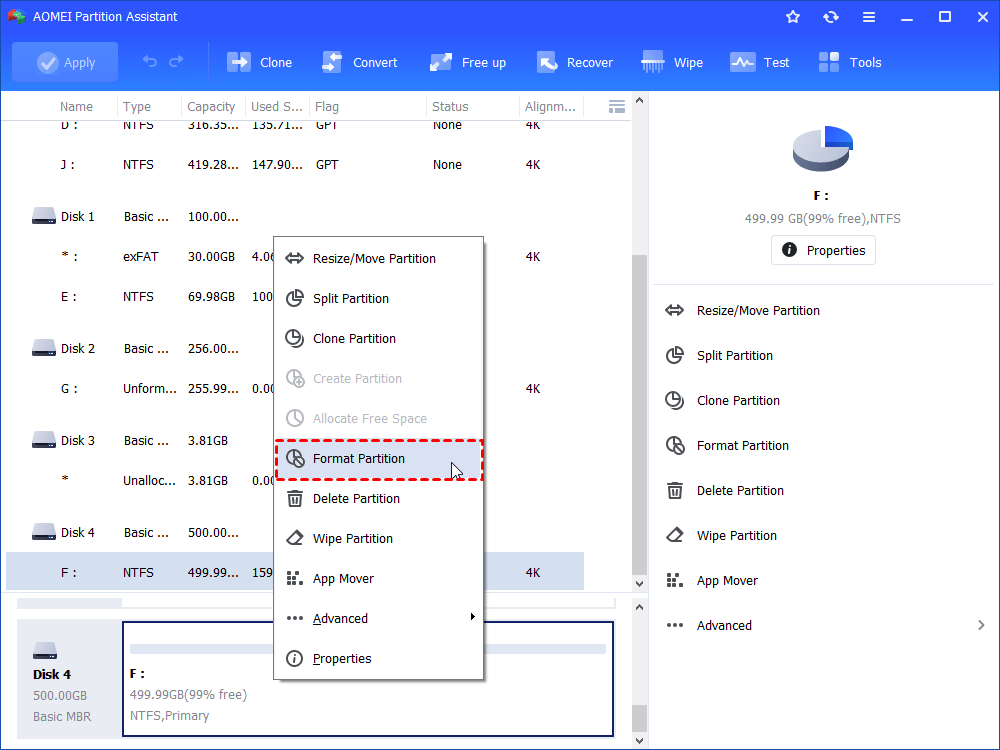 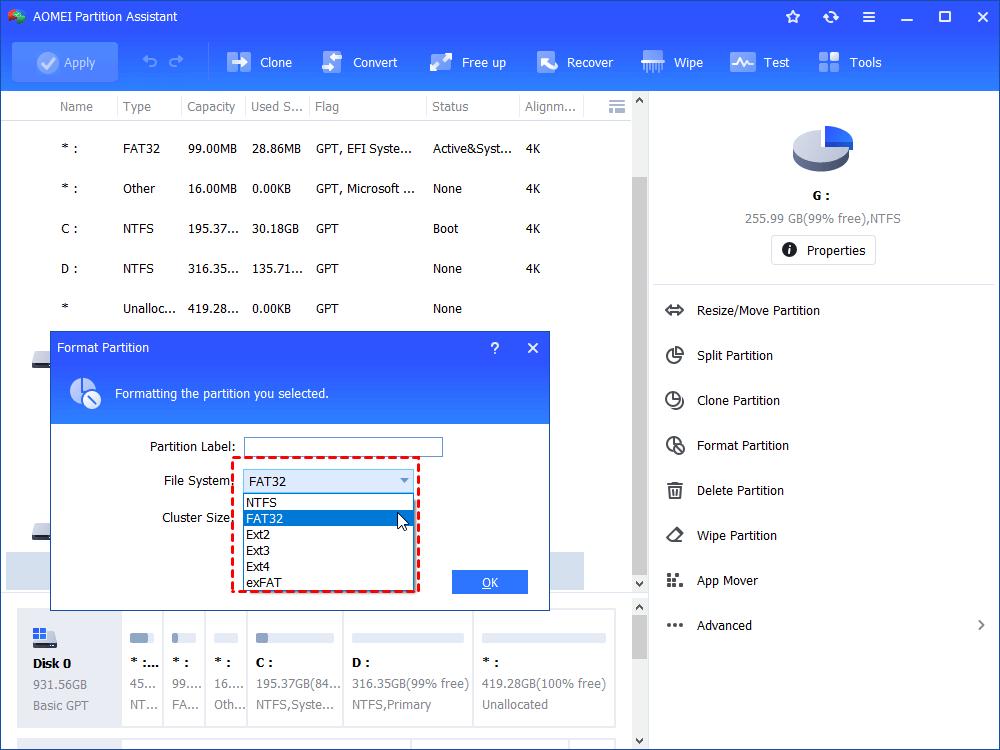 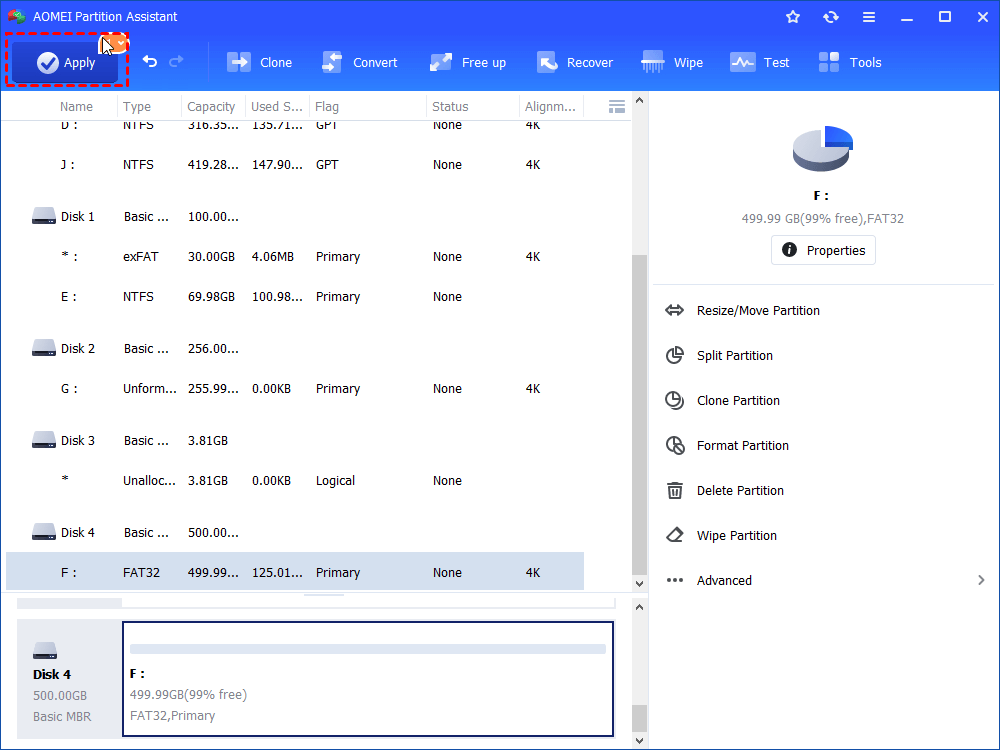 Notice: All data will be wiped with that method. Please backup to cloud or other safe places beforehand when necessary.

If your external hard drive has some content on it, and you want to keep it. Converting NTFS to FAT32 is the ideal way to do Xbox One/360 hard drive format.

As we all know, you can run command “convert drive: /fs:ntfs” in Command Prompt window to convert FAT32 to NTFS file system without data loss. But there is no command available to convert NTFS back to FAT32. Now relax, you can upgrade to AOMEI Partition Assistant Professional to finish this conversion with ease.

4. Preview the result of the conversion, Click Proceed to Convert NTFS to FAT32 for Xbox One/360.

Tip: Make sure you have ticked the Check and repair the partition before converting it option.

For advanced users, AOMEI Partition Assistant Professional has the ability to allocate free space from one partition to another, convert dynamic disk to basic, and more.

You May Also Like
How to Partition HDD for Xbox 360 Safely with AOMEI Partition Assistant?
Format USB Flash Drive for Xbox 360 Easily in Windows 10/8/7
How to Copy Game Disk to Hard Drive without Reinstall?