If you are wondering whether you can change source disk in Samsung Data Migration, read this post to get the answer. Besides, you can learn a flexible way to migrate data onto Samsung SSD drive.

“Months ago I purchased a Samsung 850 Pro 512GB SSD and moved my C drive from Seagate 500GB HDD to the SSD using the Samsung Data Migration tool. Then I have been using the old HDD to store games. But the HDD that is very slow when playing newer games. So I got a 960 Pro 1TB SSD and planned to used the migration tool to move all the content of my HDD onto it. But now I have run into the issue. The Samsung Data Migration would not let me change the source disk (defaulted to the 850 for whatever reason). Does anyone how to fix it?” 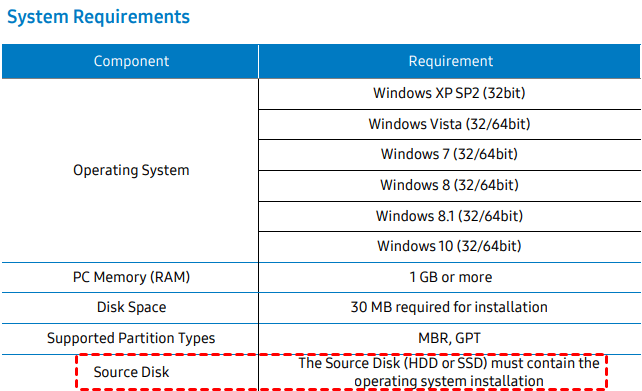 Therefore, when you use Samsung Data Migration, only the boot disk can be selected, and you cannot change the source disk to some other data disks. Besides, if there are multiple operating systems installed on the PC (e.g. Windows 7 is installed on the C drive and Windows 8 is installed on the D drive), the cloned disk may not function properly. Moreover, you should note only the following Samsung SSD drive can be selected as the destination disk. So you cannot migrate files to other series of Samsung SSD drives, not to mention, other brands of SSD. 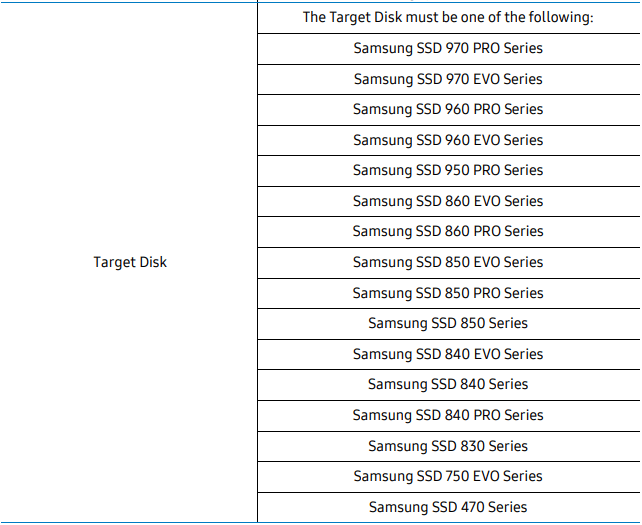 When the disk you plan to clone is not the system disk and you cannot change source disk in Samsung Data Migration tool, you can turn to an alternative, which can migrate data more flexibly without such limitations. Then free partition manager named AOMEI Partition Assistant Standard is a great choice. Better than Samsung Data Migration, it comes with the following advantages:

» Clone both system disk and the non-system disk, so you can change the source disk to other data hard disk easily.
» Clone hard disk to all series of Samsung SSD drive and other branded SSD or HDD.
» Enable you to clone large disk to smaller disk with the “Clone Disk Quickly” method. And clone BitLocker drive via the “Sector-by-Sector Clone”.

Same as the Samsung Data Migration, this software is also compatible with Windows 10/8/7 and Windows XP/Vista (32-bit/64-bit). If you want to clone hard disk to Samsung SSD drive in Server operating system, try AOMEI Partition Assistant Server instead. Now, you can download the freeware and learn how to clone hard drive step by step. 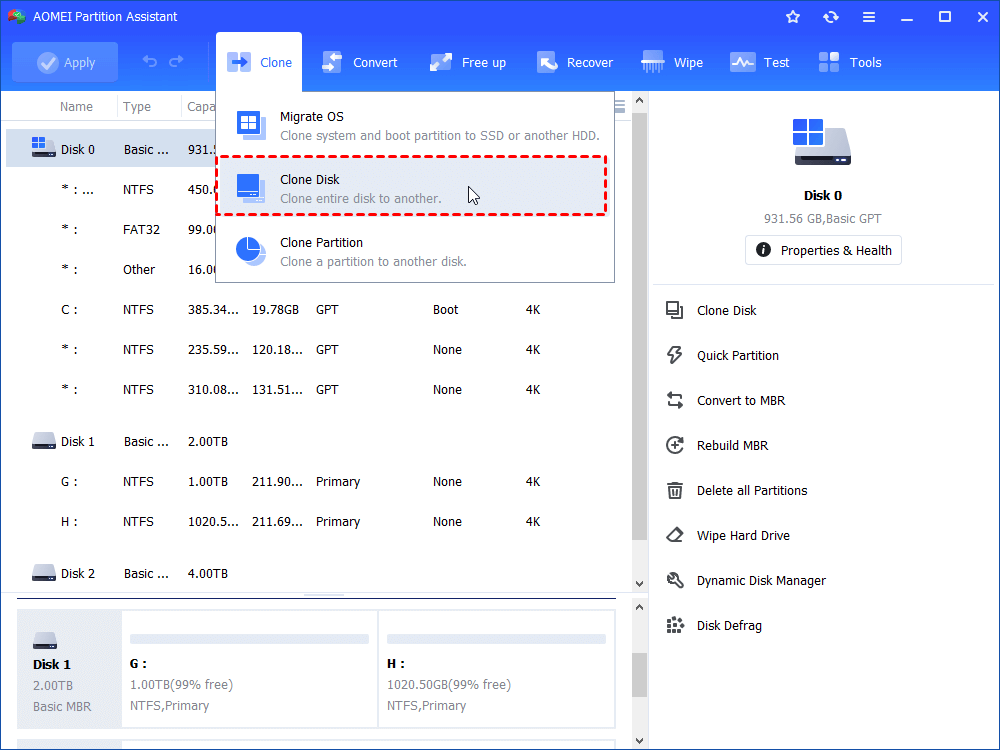 Step 2. Choose a proper clone method based on your requirements. Here we choose “Clone Disk Quickly” as an example. 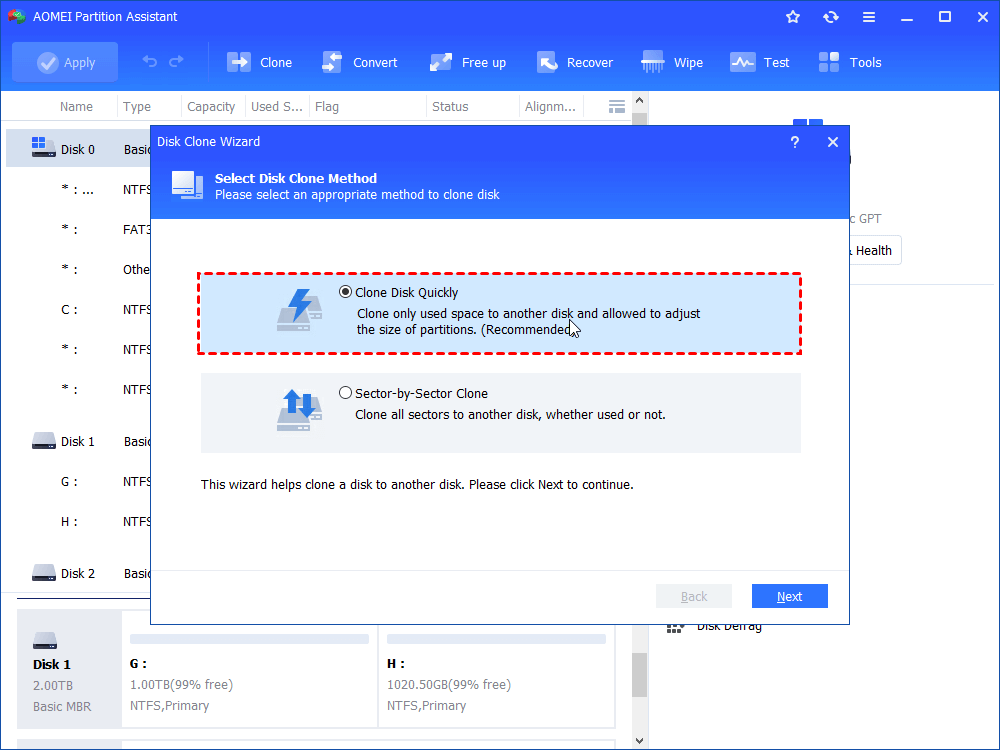 Step 3. Right-click the source disk (here we choose the data disk 2) and click “Next”. 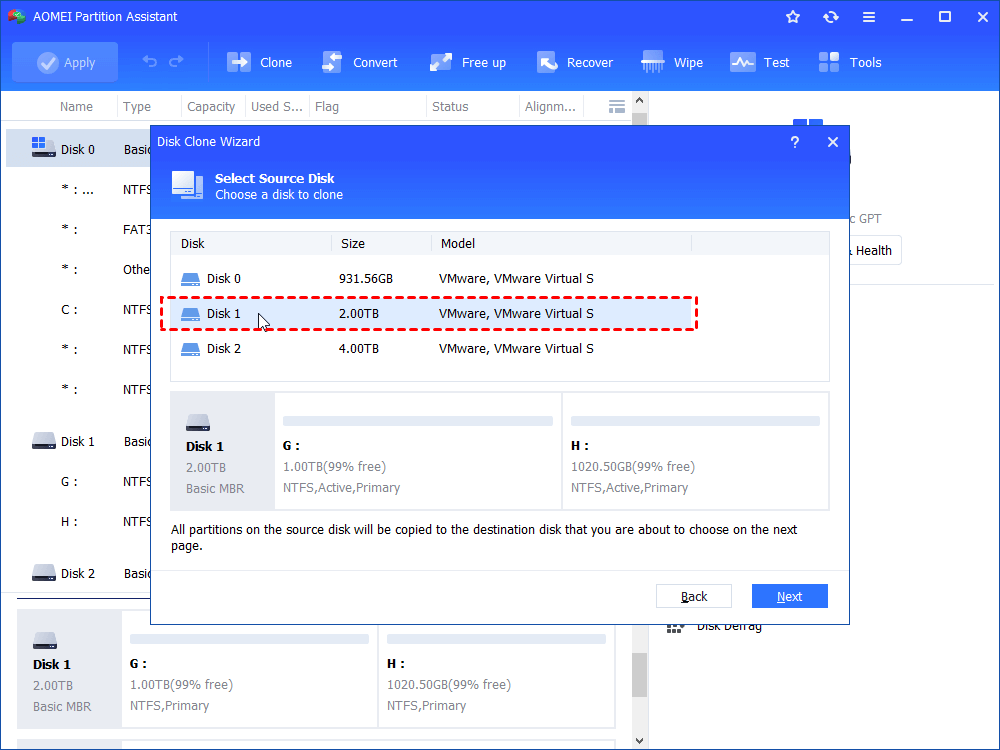 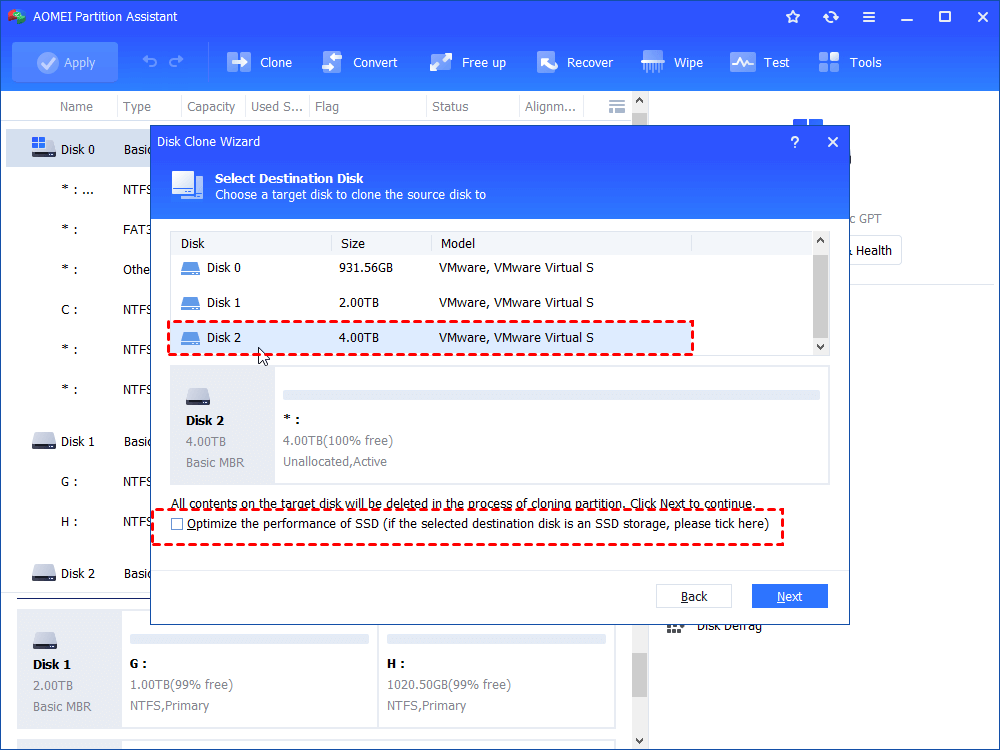 Step 5. In this window, you can edit partition size on the destination disk as you like. When everything is done, click “Next” to proceed. 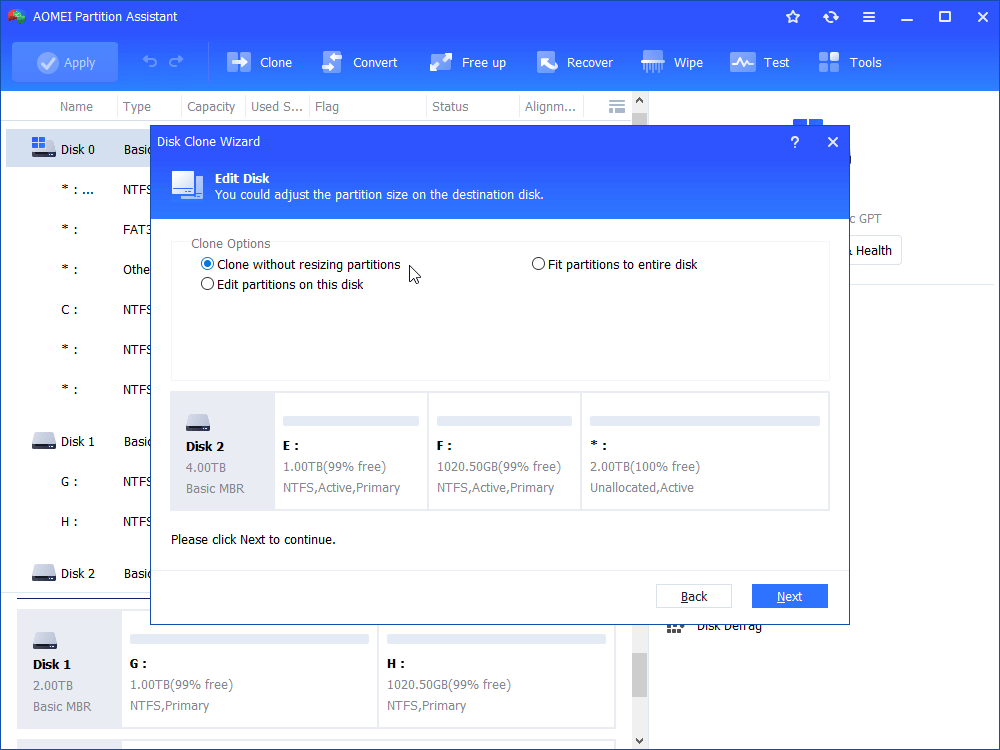 Step 6. Back to the main interface, click “Apply” to execute the pending operation. 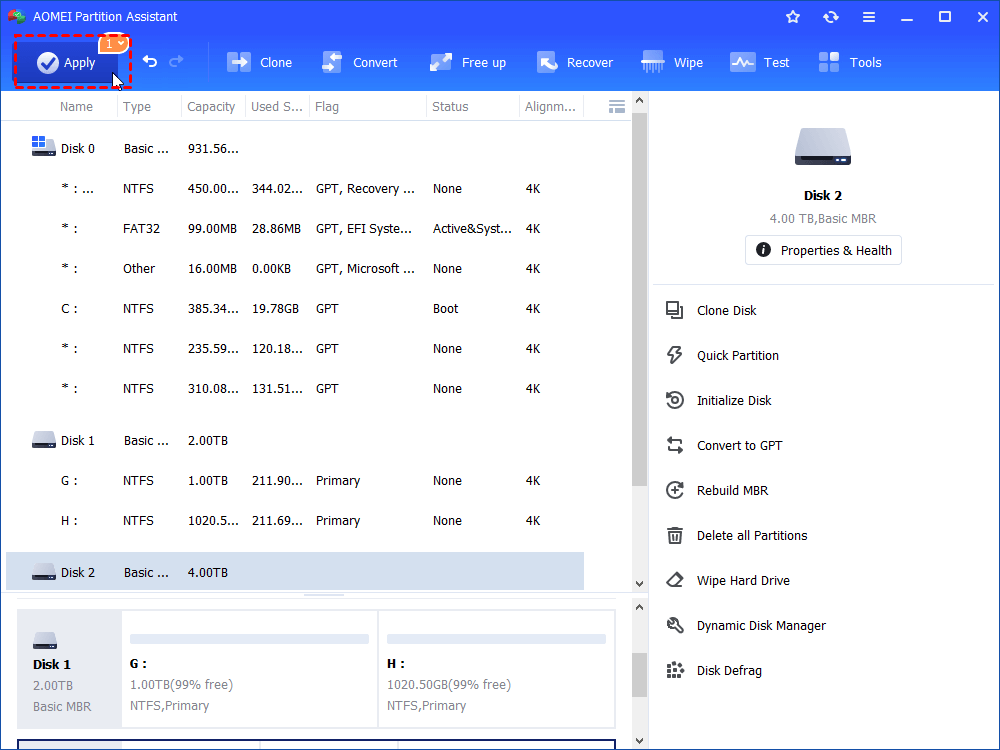 The above demonstration is cloning a data disk to another disk. If you are planning to clone system disk, you had better upgrade to AOMEI Partition Assistant Professional, since it can clone system from MBR to GPT, GPT to MBR and GPT to GPT disk while the free Standard version only supports cloning system disk from MBR to MBR disk.

So, now you must get the answer to “can Samsung Data Migration change source disk”. When you are planning to clone non-system disk and cannot change source drive in Samsung Data Migration tool, AOMEI Partition Assistant Standard is a nice alternative. Besides cloning hard disk, it is also able to clone parition to another hard drive, convert disk to MBR or GPT partition style without deleting partitions, convert NTFS file system to FAT32 without formatting, etc.