How to solve Samsung Data Migration SSD not recognized when the SSD is actually shown in your computer. Also learn how to transfer Windows 10/8.1/8/7 to any SSD (not just from Samsung).

Solutions to the Samsung Data Migration SSD not recognized error

Depending on your situation, you can try one of the following solutions.

1. If you attach the SSD to a SATA/USB enclosure, then the Data Migration tool will not recognize it as a Samsung SSD. In this case, you should connect it using a SATA-to-USB cable.

2. If that doesn’t work, remove your old hard drive, and install the new SSD in its place. Then connect the old hard drive to your computer with the SATA/USB adapter and load the Samsung SSD Data Migration software.

3. If the SSD is connected via an internal SATA cable, not an external USB/SATA cable, then it is likely you are running it either in IDE or RAID mode. If it’s in IDE mode, you’ll need to switch it to AHCI in the BIOS. Before you do this make sure you have installed the AHCI drivers on your computer.

4. If you are in RAID mode, you cannot change it to AHCI mode. Unfortunately, Samsung SSD Data Migration can only recognize drives in ACHI mode even though Windows can handle the drive in AHCI or RAID. In order to get it work, you may have to reinstall your system to make the switch.

If the Samsung Data Migration tool has still failed to recognize your SSD after trying these solutions or you think they’re too complicated, you can try to use our recommend freeware to transfer your data to any SSD. 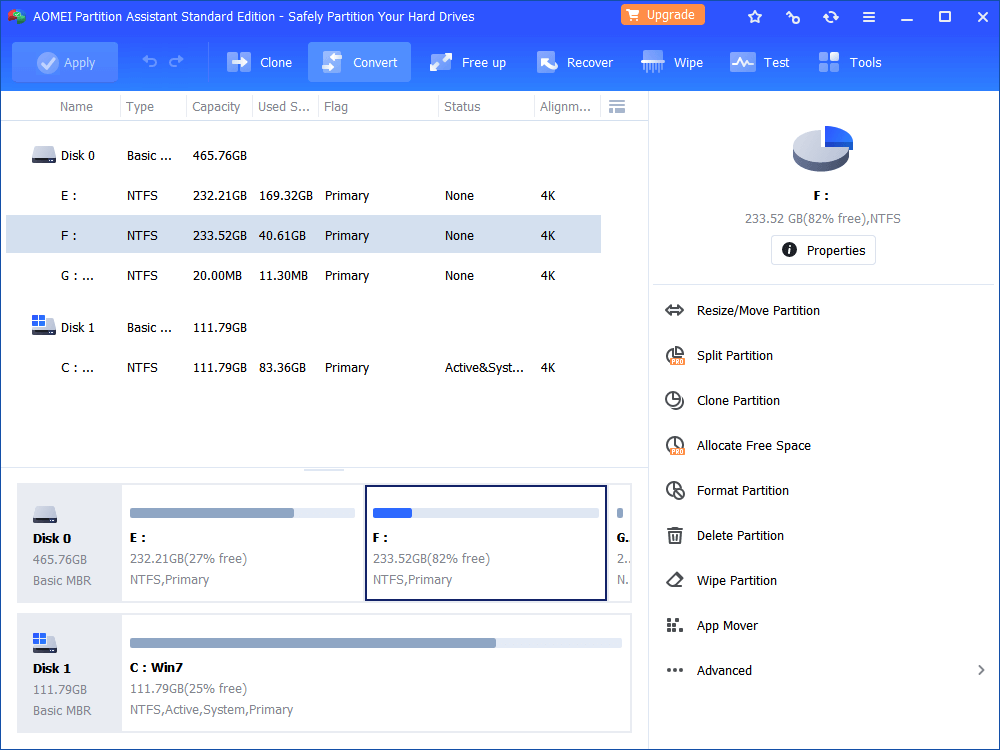 As well as being easy to use, it’s full of many other features, such as Quick Partition, Windows to Go Creator, the ability to Convert to GPT without data loss, Bootable media creator, and more! Why don’t you download this free migration software and start loving it now? If you want to merge partitions without data loss or other advanced features, you can also try out AOMEI Partition Assistant Professional Edition on a PC or AOMEI Partition Assistant Server Edition on a Server.