Have you ever met the problem that Windows 10/8/7 won’t boot from SSD after upgrade or clone? Here you can know why SSD not booting and how to solve it effectively.

“Recently, my Windows 10 computer ran slowly. I wanted to replace the system hard drive with a new SSD. I did not want to reinstall Windows so I decided to clone HDD to SSD, and then replace the HDD with the cloned SSD. However, the Windows 10 failed to boot from SSD.”

How to solve SSD not booting problem?

SSD not booting after clone is a common phenomenon that many users have met before. Why does it happen? How to solve it? Here you can find the answer.

1. SSD not booting because of incorrect boot order

If your Windows 10 won’t boot from SSD after upgrading or cloning system hard drive to SSD, it may be because of incorrect boot order. Thus, you need to change the boot mode:

1. Make sure the SSD is connected to your computer.

3. When you get into the BIOS Setup, use the arrow keys to select the SSD as the first boot order under Boot tab.

2. SSD not booting because of wrong boot mode

If the SSD is an MBR disk, then you need to set the boot mode to Legacy. Otherwise, you need to convert MBR to GPT disk so that it can boot from SSD successfully.

3. SSD not booting because of system file loss

If you cloned HDD to SSD but cannot boot from the SSD, that may be because of system file loss. Thus, you can take another way to clone system disk to SSD. AOMEI Partition Assistant is a great tool that can help you copy system disk to SSD/HDD safely with a few simple steps.

1. Install AOMEI Partition Assistant to your PC based on Windows 11/10/8/7, connect the SSD to the PC and make sure it can be detected. Launch the progress. Click More Tools-> Disk Copy Wizard. 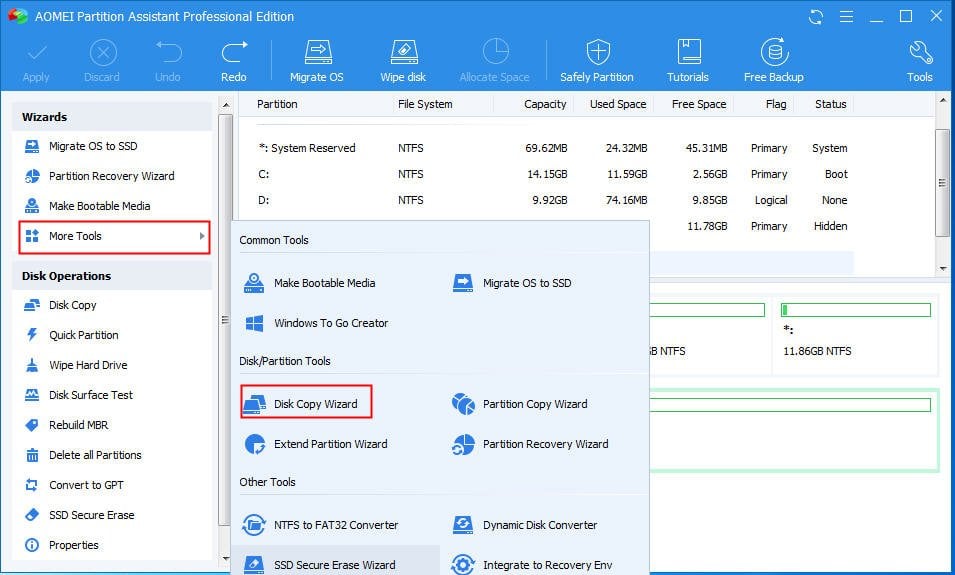 Copy Disk Quickly: Only copy the used space of the disk to another disk, this also allows you to adjust partition size during the copy process.

Sectory-by-Sector Copy: Copy all sectors of the disk to a target disk no matter it is used or not.

3. Choose the system disk as the source disk. 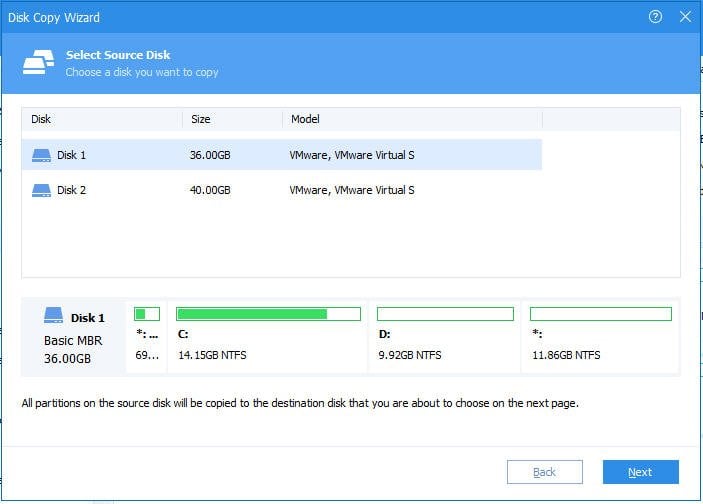 4. Choose the SSD as the destination disk. Here you need to check the option “Optimize the performance of SSD”.

By checking this option, the partitions of the SSD will be 4K aligned. 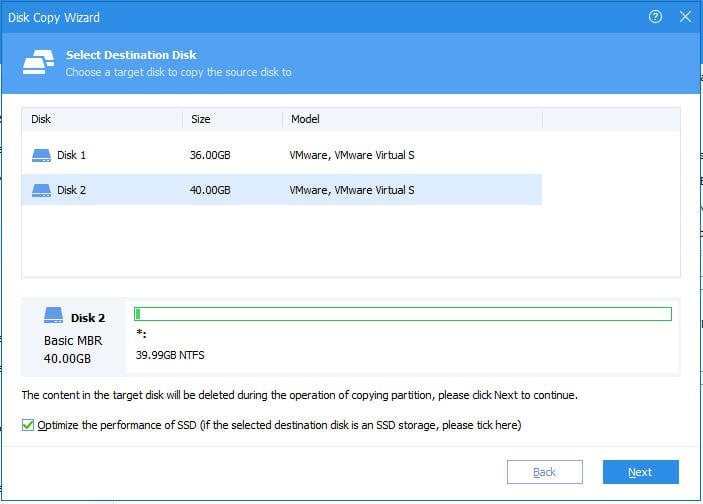 5. You can edit partitions on the destination disk. Or you can repartition hard drive later. 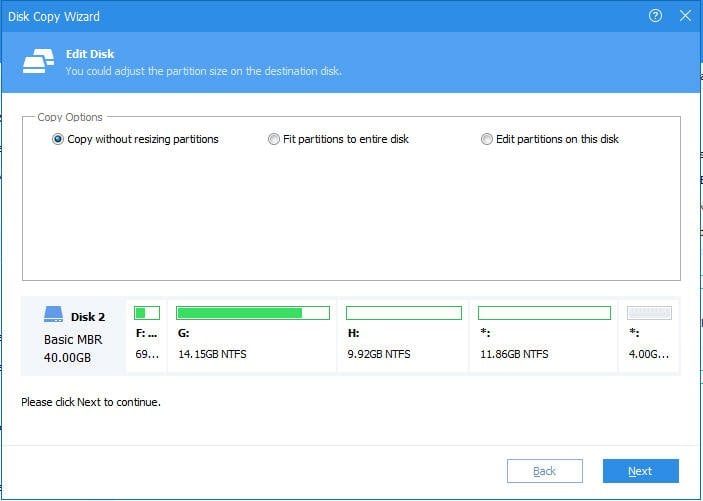 6. Here, a note on how to boot from the clone drive will be given. Read it and click Finish. 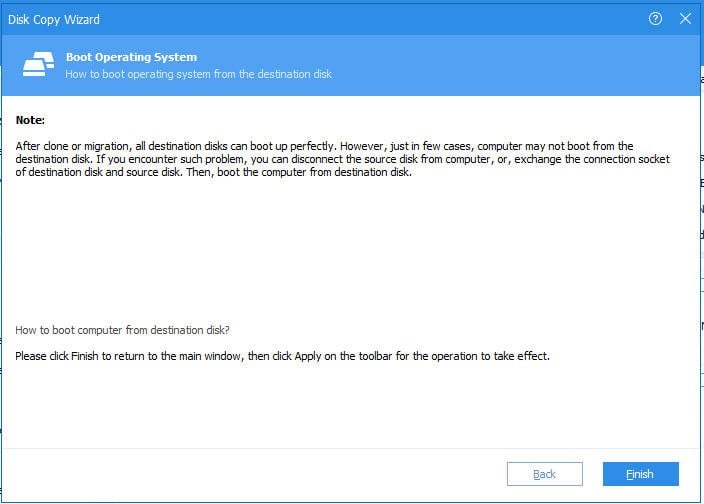 7. Finally, click Apply-> Proceed at the toolbar to execute the progress. 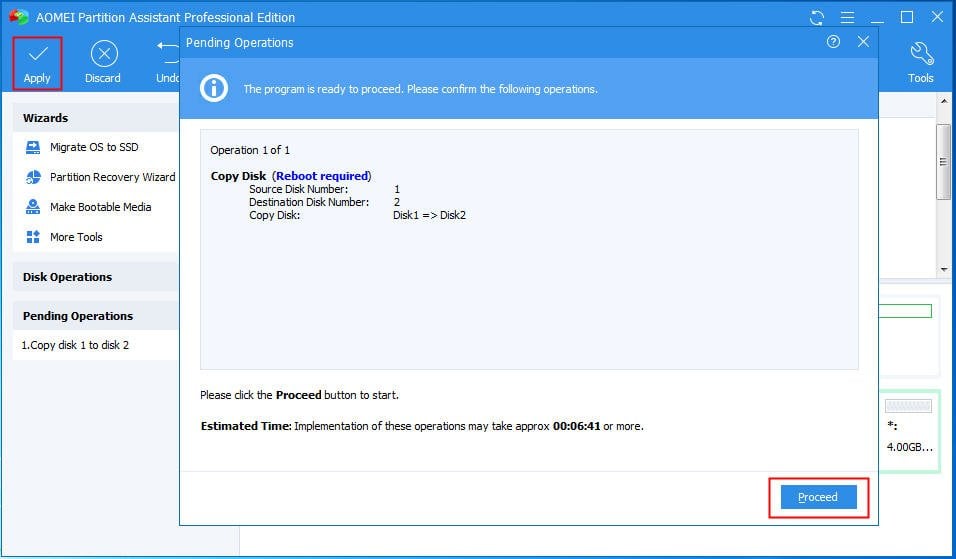 After that, you can try to boot from the SSD again.

4. SSD not booting because of MBR error

2. Enter the following commands in order:

If you do not have a repair disc, you can use AOMEI Partition Assistant to fix MBR error in a few simple steps.

Step 3. It will show you the main interface of AOMEI Partition Assistant. Here, right click the SSD, select Rebuild MBR. 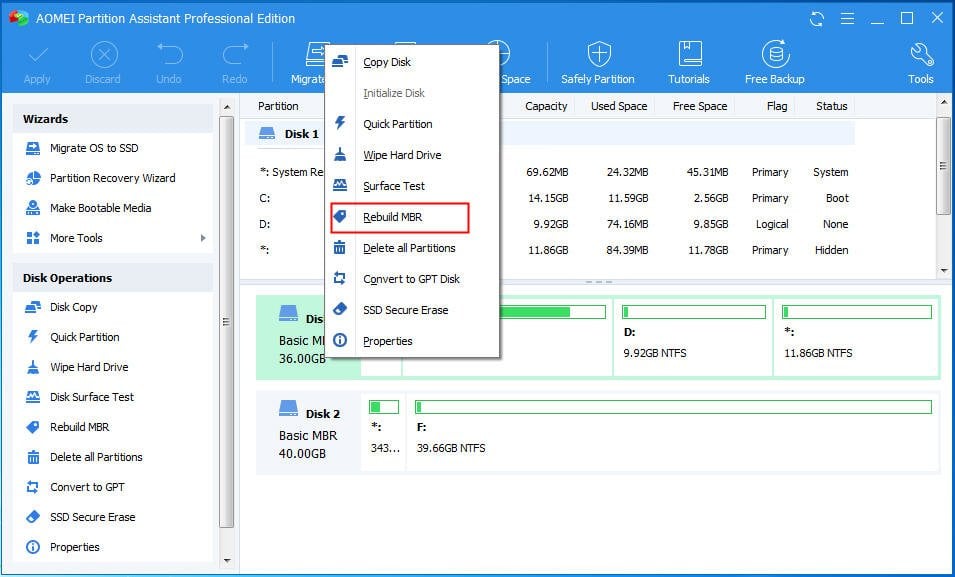 Step 4. Set the type of MBR for the current OS. Click OK. 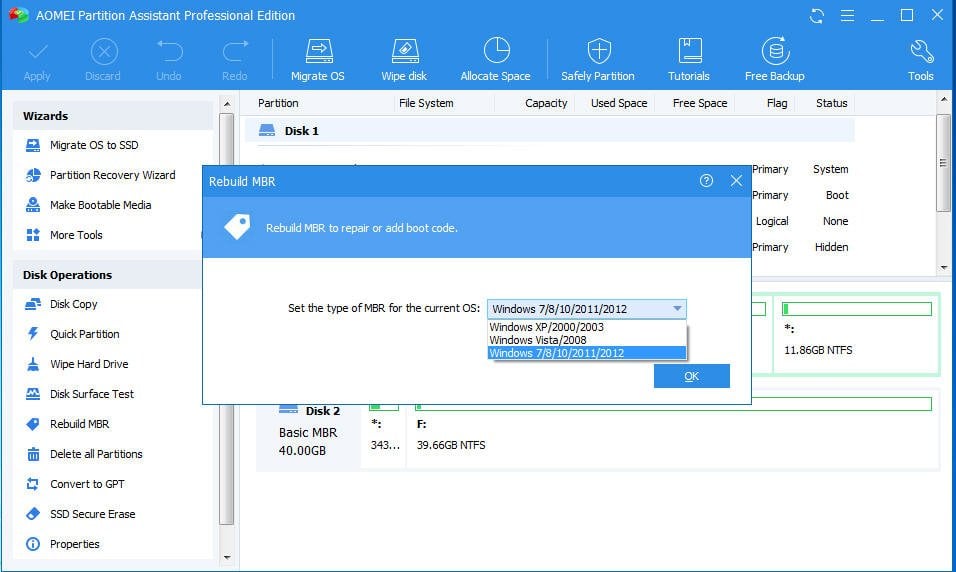 Step 5. Click Apply-> Proceed at the toolbar to start. 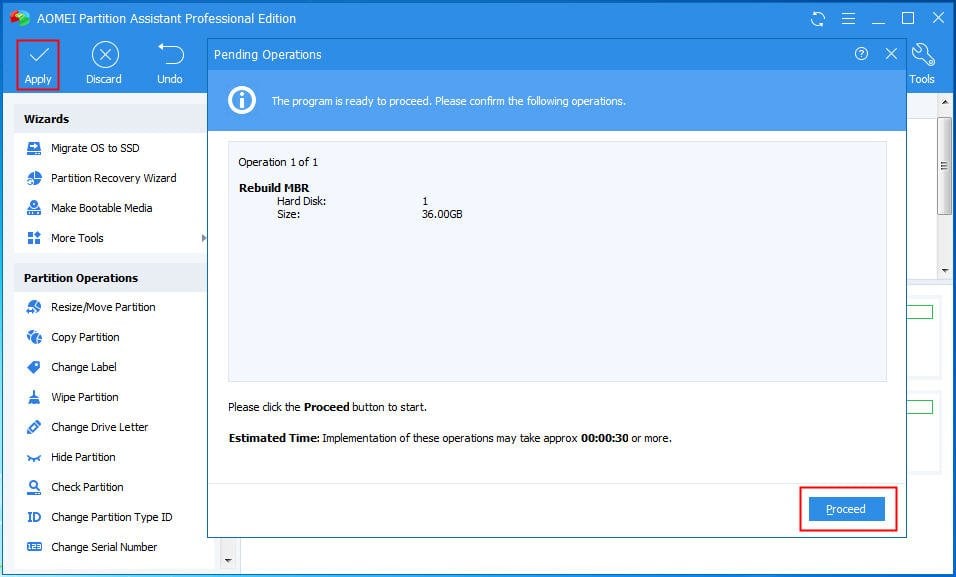 5. SSD not booting when you clone disk from one computer to another

Many users are planning to clone a disk from one computer to another computer instead of installing Windows. However, the SSD not booting problem may occur. For this situation, you need to check the connection mode. If the original computer uses IDE mode, the destination computer has to use IDE mode. If the original PC users AHCI, the target PC must use AHCI mode. Otherwise, you cannot boot from the SSD successfully.

for this situation, you’d better Back up the source HDD onto an external storage device using AOMEI Backupper. Then create an AOMEI bootable media to boot the target computer and restore the backup to the destination HDD with Universal Restore option enabled.

Hopefully, this article can help you solve your problem.

SSD not booting is a common problem among PC users. So, in the post above, I listed the reasons why SSD won’t boot and provided their corresponding solutions. As for me, I also once met this issue and later I found it was caused by system file loss in the course of disk clone. So, I tried AOMEI Partition Assistant Professional to clone the disk instead and it finally worked. Also interested in this software? Remember to try the Server edition if you want to use it on Server computers.

You May Also Like
Solved: Not Able to Boot from New SSD Disk
Cloned Hard Drive or SSD Won’t Boot - How to Fix?
3 Ways to Fix Windows Won’t Install on SSD or HDD