For different purposes, users are trying to upgrade Xbox One’s hard drive to SSD. Gladly, this post will introduce how to do it without losing data and reinstalling games after they succeed in installing an SSD drive on their Xbox One.

Why Should We Upgrade Xbox One Hard Drive to SSD？

Xbox One is Microsoft’s 3rd generation video gaming consoles as an successor to Xbox 360. It was first release on November, 2013 and it has been beloved since then and over 46.9 million sets of Xbox One has been sold worldwide. Many exclusively good games including Halo 5, Gears 5 and Quantum Break makes players crazy and gladly, I’m also one of them.

Xbox One comes with a 500 GB internal storage drive and when I heard it for the first time, I really thought it wasn’t that small so I purchased it without any hesitation. However, over time, I found the storage drained quickly and for many times, It couldn’t even finish an update of 10GB and the notification of insufficient space kept popping up. So, this is one of the reason why I decided to upgrade Xbox One Hard Drive to SSD.

Additionally, SSD gives higher loading speed. When I played Witcher 3 Wild Hunt on my console, it had usually taken 30s to reload into the game. However, after I installed my new SSD, it only took around 15 seconds, twice quicker than the original one.

Wanna upgrade Xbox one hard drive to a faster and more advanced SSD drive, but worry about the data loss? Relax, here we will share with you how to finish the hard drive upgrade without reinstalling everything from scratch step by step.

Before replacing Xbox One’s hard drive, the first thing you need to do is to move the data from the source drive to the target SSD without which you’ll have to reinstall all games. On the internet, you can barely find any tutorial on it and Microsoft doesn’t provide any simple way either. On this condition the most powerful tool - AOMEI Partition Assistant Professional Edition - comes as a savior.

This powerful software excellently solves the Xbox One hard drive SSD issue mentioned above by helping you move gaming data from the original Xbox One hard drive to an SSD card via a disk clone method. This can avoid data loss and ensure every game and application can work normally on the SSD drive like on the original hard drive. Moreover, you can use this software to format Xbox One’s external and internal hard drive, transfer games from HDD to SDD easily, and free up space on PS4.

Preparation You Should Do before Getting Started

2. Connect your Xbox One’s internal hard drive and your SSD with a computer using a mobile hard disk box.

3. Download the best disk management software to make disk-to-disk clone much easier! This is the demo version and you can only proceed to the last step but can’t apply it.

Step 1. Launch AOMEI Partition Assistant Professional Edition and click on “All Tools” on the top left and select “Disk Clone Wizard” in the pop-up window

Step 2. Next, you will see there are 2 cloning methods available. One is “Clone Disk Quickly” and the other is “Sector-by-Sector Clone”. Here, I recommend the first one for its higher speed. 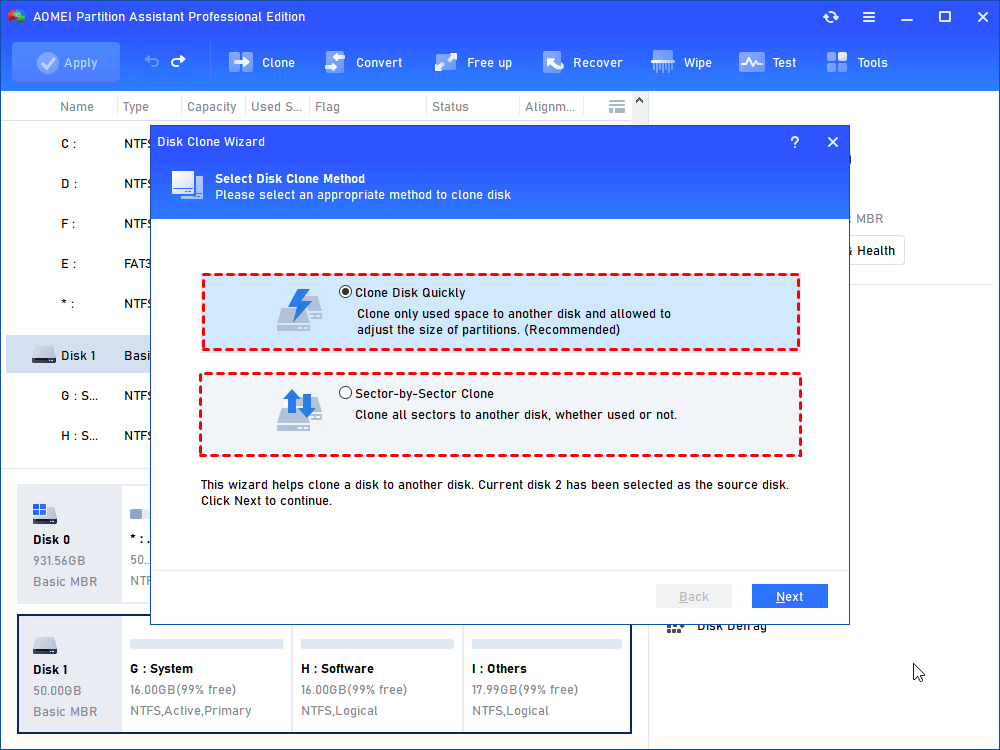 Step 3. Select the Xbox One’s internal hard drive as the source disk and then, click on “Next” to proceed. 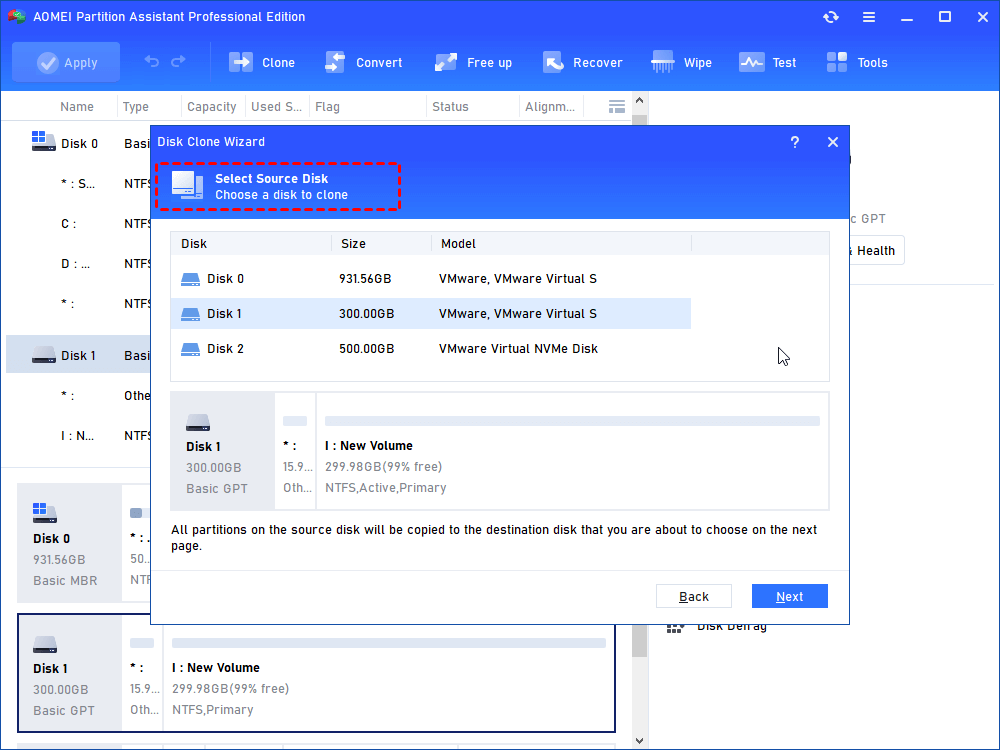 Step 4. Select the SSD as the destination disk to store all the data of your Xbox One and click on “Next”. 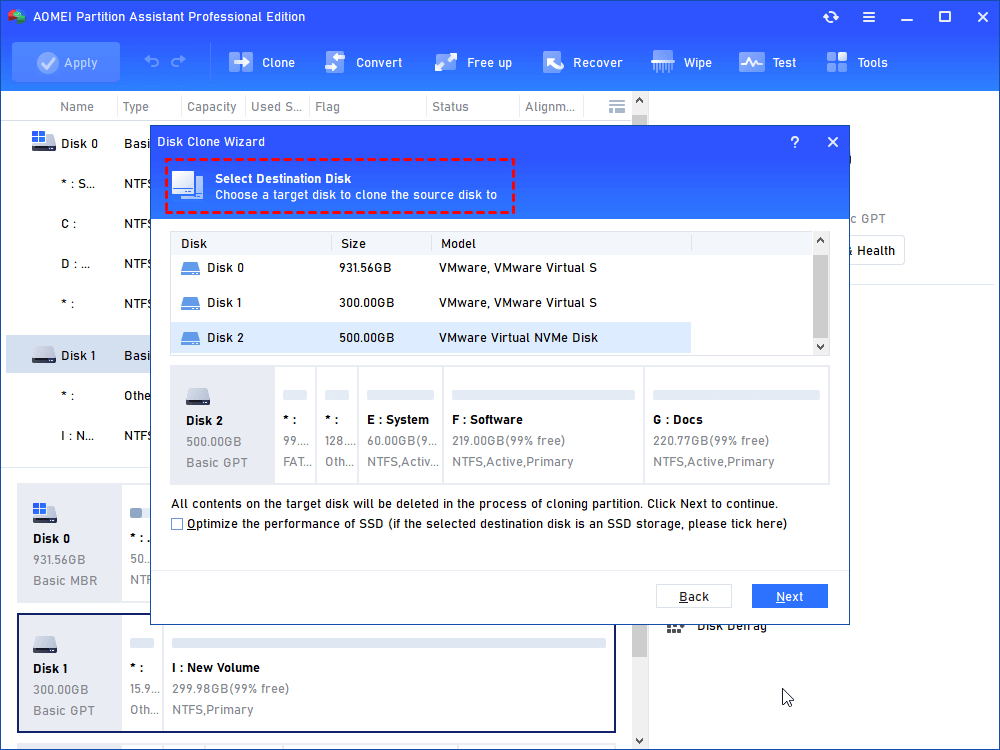 Step 5. In the next Windows, you’ll be asked to preset the size for the destination disk. If you want to skip this step, just tick off “Clone without resizing partitions”. 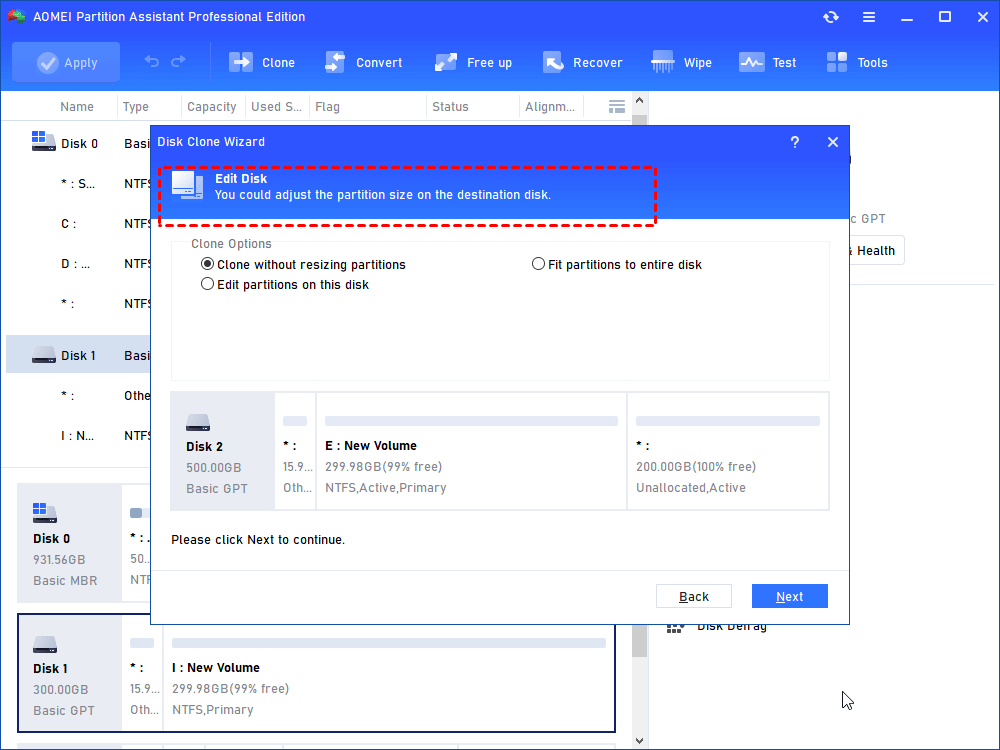 If the source disk is larger than the destination disk, the option of “Clone without resizing the partitions” will be greyed out.

Step 6. Go back to the main interface and click on “Apply” on the top left. Now, you can confirm the operations for the last time and then, click on “Proceed” to launch the data transfer and it’ll be finished within only several seconds. 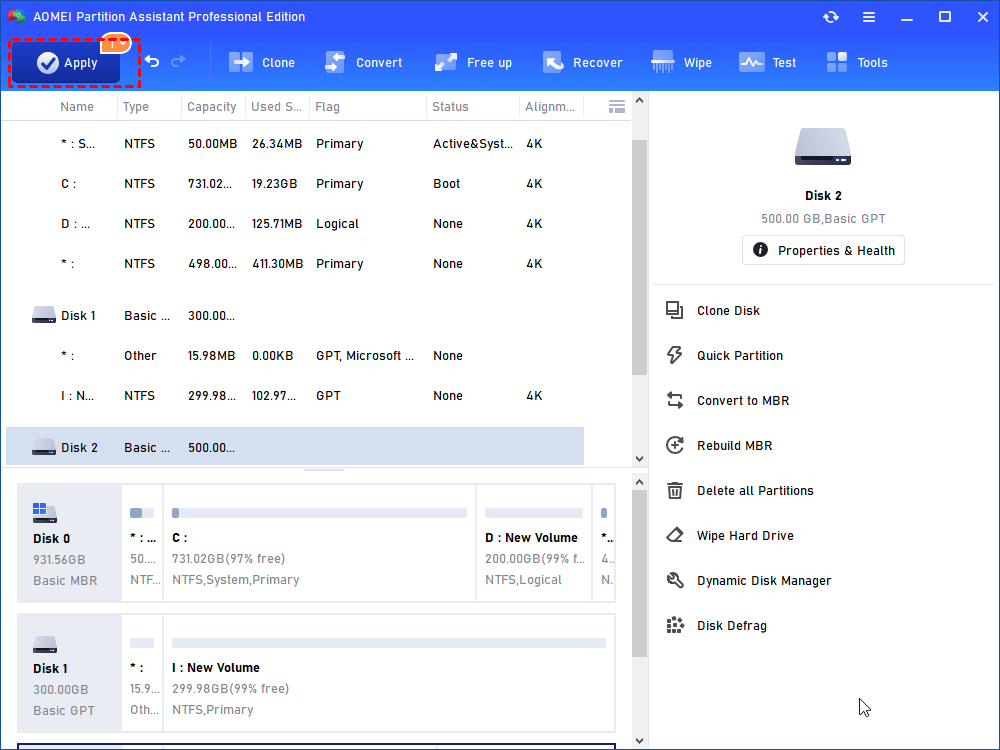 Part 2. Install the Cloned SSD into Xbox One for Replacement

After transferring all gaming data from Xbox hard drive to the target SSD by disk cloning, now, you need to swap out the old hard drive from the game console and install the cloned SSD.

1. First, you will need to peel open your Xbox One. Start on the end with the USB port and just pop the black vented cover up and it will come off.

2. Now, you’ll need to push the locking plate over and out.

3. Flip the console over, grab a sturdy spudger and push on the seams. Then, the console will become apart. 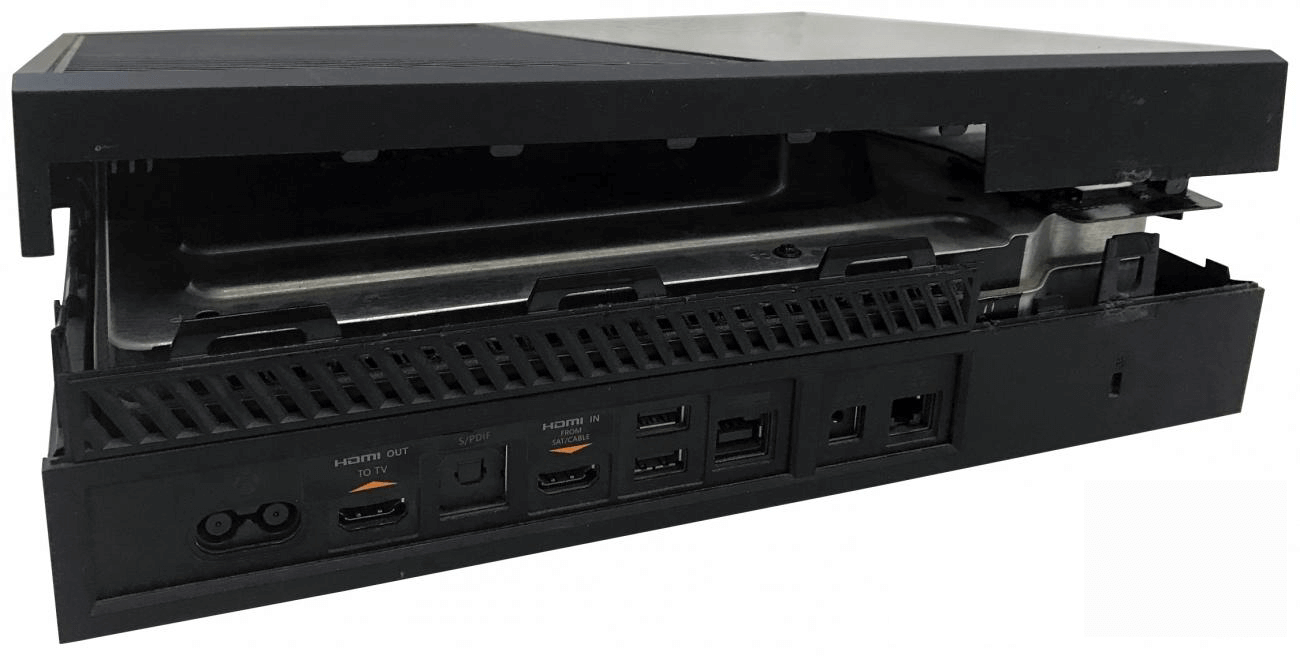 4. Carefully spin the console around to the front.

5. The front bezel is connected by a thin flat cable. So, be very careful not to damage it and just pull the loop over the connector and pull it out.

6. Drag out the WiFi antenna and speaker connections from the daughterboard.

7. After you have removed the screws from the case, carefully open and unplug the WiFi card cable on the top left.

8. Lastly, you can unplug the SATA and power connections for the drive.

Watch this:How To: Replace the Hard drive in your Xbox One

How to upgrade Xbox One hard drive to SSD without data loss? The tutorial above have taught your the correct method to get into the console and change the disk. Then, with the reliable disk management software AOMEI Partition Assistant Professional Edition, you’re able to replace Xbox One’s HDD with SSD without the hassle of reinstalling games. The same method can also be applied to Xbox One S and Xbox One X. If you need to clean all data on the old hard drive, here, you can make use of the feature “wipe hard drive” to get it done.

You May Also Like
How to Transfer Data from Old SSD to New SSD on Windows
How to Upgrade HDD to SSD without Reinstalling Windows
2 Methods to Install Windows 10 on M.2SSD Drive Step by Step