If you need to clone to SSD for free without reinstalling, AOMEI Partition Assistant Standard can help you transfer HDD to SSD easily and safely.

Can I clone to SSD for free? 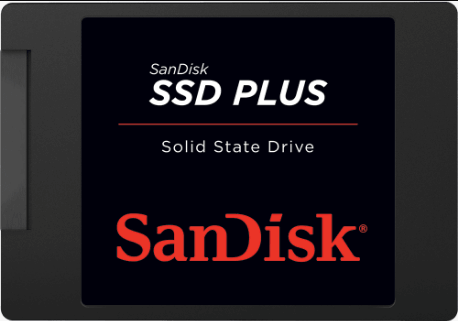 "I bought a SanDisk SSD drive for my PC and want to replace the pre-reinstalled HDD with it. I want to clone Windows to SSD instead of making a fresh installation. Is there any cloning software that can help me to clone to SSD for free from old HDD?"

Why clone to SSD?

Although at the beginning of the appearance of SSD, small capacity with the high price makes lots of users keep the bias toward HDD, after several years of the development of SSD tech, SSD now has become affordable. As the successor of  HDD, SSD is always famous for its better performance, fast speed, lower consumption, and stability. Thus, more and more modern machines prefer to choose SSD as the internal disk.

If your old machine installed an HDD, and you bought a new computer but wish to use your old system, you can keep all your system settings and installed programs without reinstalling everything by cloning the whole HDD to SSD on your new machine. And you can also copy an old SSD to a new SSD to do a disk upgrade for a better experience.

After an HDD to SSD/ SSD to SSD copy, you can get a duplicate of all the content (including system files) on your original disk. It's quite convenient for users who might wish to keep all things on the computer but need to upgrade the devices.

To transfer all data, programs, including Windows OS to SSD without reinstallation, you can use a free cloning software for SSD/HDD - AOMEI Partition Assistant Standard.  It allows cloning HDD to SSD for free in Windows 10, 8, 7, and the latest Windows 11 OS.

For disk cloning, it has two options for users: One is to clone only used space and the entire disk, so you can not only use it to clone the disk to a smaller SSD; the other is to clone the entire disk, even with bad sectors. For users who don’t want to move all things from the source disk to SSD while wanting to keep Windows OS without reinstalling, you can Migrate OS to SSD  to clone only OS-related partitions to SSD. It will make a 4K alignment when cloning to optimize the target SSD.

Now, you can download this free clone HDD to SSD utility to see how to clone to SSD for free.

Firstly, connect the new SSD to your PC and make sure it can be detected. If your PC has no extra disk bay for it, you need a USB-to-SATA cable. What you should pay attention to is that the capacity of the new SSD should not smaller than the used space of your current disk. Then, you can follow the step-by-step guide about how to clone HDD or SSD to an SSD in Windows 11, 10, 8, 8.1, or 7.

Step 2. In this window, you need to choose a copying method to clone to SSD. Here "Clone Disk Quickly" is selected.

Step 3. Select the disk whose all data including OS needs to be migrated as the source disk.

Step 4. Choose the new SSD as your destination disk. Tick the box before "Optimize the performance of SSD" to make SSD 4K alignment.

Step 5. Here you can adjust the partition size on the destination disk. When cloning to a smaller disk, the first option will be greyed out.

Step 6. You’ll get a note on how to boot from the destination disk after cloning. Keep it in mind and click “Finish”.

Step 7. In the home interface, click “Apply” and “Proceed” to commit the operation.

★Tips:
After booting from a cloned SSD successfully, you can wipe the original disk to reclaim disk space.
Apart from cloning the entire disk to SSD, and migrating the OS drive only to SSD, this software allows you to clone a specific data partition to SSD as well.
After cloning the OS disk to SSD, to boot from the cloned SSD, you can change the boot order or replace the old disk with the cloned SSD directly.

How to: boot from SSD after clone

This is the full guide on how to clone hard drive to SSD for free, if you have no idea about how to boot from the new SSD after cloning to SSD (for free), keep reading.

▶ If the PC can hold only one disk, you need to remove the old hard drive and install the new SSD.

Step 1. Unplug the power, remove the battery from the laptop, and press and hold the power button for about 10 seconds to release any residual power.

Step 2. Remove the case cover and locate the old hard drive on the motherboard. Loosen the screw and unplug your old disk.

Step 3. Install the new SSD into the slot and screw the screws to fasten the bracket. 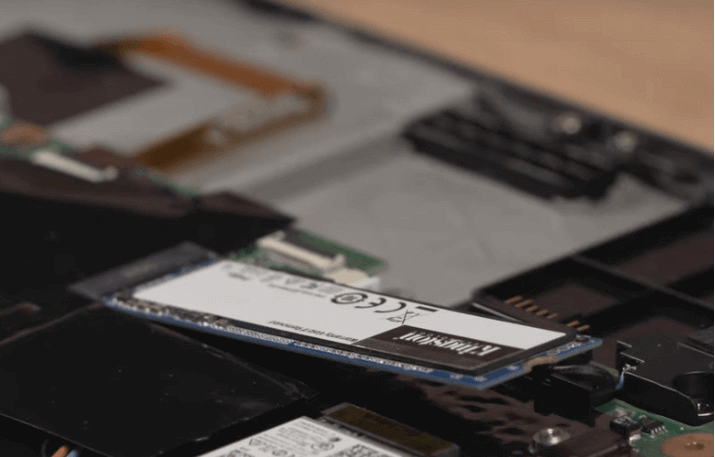 Step 4. Finally, place the case cover and battery back onto the laptop; and connect the power.

▶ If it's available to hold the old hard drive and new SSD on the PC, you can enter BIOS to set the new SSD as the first boot device.

Step 2. In the BIOS setup, go to the Boot tab and use arrow keys to set the new SSD as the first position in the list. 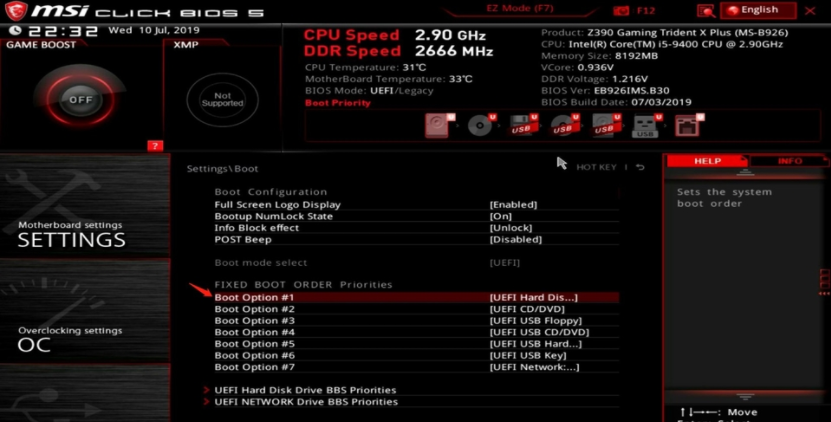 Step 3. Save and exit from the BIOS setup.

You May Also Like
How to Easily Convert GPT to MBR without Data Loss using Command Prompt?
How to Easily Clone Disk to Disk with Server Cloning Software?
Easily Migrate Windows 10 or Windows 11 to NVMe SSD without Reinstalling