How to Migrate Windows Server 2003 to SSD?

SSD is the abbreviation of a solid-state drive. It can also be called an electronic disk, which uses flash memory as a storage medium. However, it accesses data in the same way as a traditional block I/O hard disk drive. Compared with the traditional disk, the speed of reading and writing for SSD is faster. The data can also be stored in SSD even if it’s powered off. Because of its small size, it is portable and less vulnerable to external shock.

Besides, it makes no noise while working and can run under a wide range of temperatures. It’s suitable for containing the operating system. But SSD costs more than the traditional disk and has a time limitation for writing. 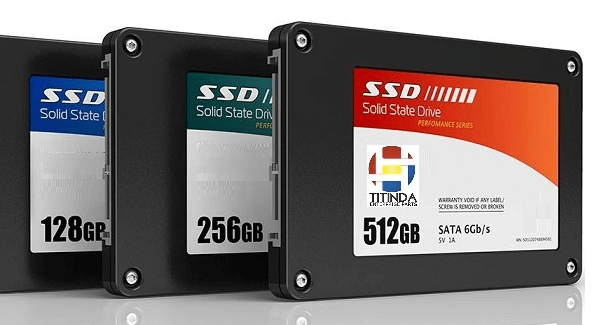 For possessing so many advantages, SSD is commonly used as a boot drive to optimize system performance in Windows Server 2003. As is known to all, OS cannot be moved directly by copy or paste, So cloning OS is extremely complicated. For many server users, it may lead to data loss. Here comes a question: Is it possible to migrate Windows Server 2003 to SSD with safety?

The way to migrate Windows 2003 to SSD without data loss

Of course, you may undertake a fresh Windows Server installation to relocate it on the SSD. But isn't it tedious and time-consuming? As a result, it would be preferable if you could transfer the operating system and apps from the present HDD to the new SSD without having to reload everything from scratch. If you are a computer user with sufficient understanding, you may be able to migrate to Windows 2003 with Disk Management

Server partition manager- AOMEI Partition Assistant Server can be a good choice. Migrating Windows Server 2003 to SSD is its update. This tool utilizes the hot clone method which allows you to run your OS when the migration is working, so you don't need to halt your work during the procedure.

Download Server DemoWindows Server 2022/2019/2016/2012
Secure Download
Before you do:
▶Make sure your destination SSD or HDD has an unallocated space that is equal to or larger than the used space of the current OS partition.
▶If there is no unallocated space on the destination disk, you can delete a useless partition or shrink a large partition to generate some unallocated space.
▶If you would like to migrate OS from MBR disk to GPT disk, make sure your motherboard supports EFI or UEFI boot. If not, you can convert the SSD to MBR (same as the source disk) in advance.

Step 1. Install and launch AOMEI Partition Assistant Server. It will display your disk partition information on the main interface. Then, click All Tools>Migrate OS to SSD and click Next in the pop-up window to continue.

Step 2. In the next window, select an unallocated space on SSD and then click Next.

Step 3. In this window, you could modify the information (including size, location, and drive letter) of the partition on a new disk, of course, you can keep default settings.

Step 4. After setting up all the information, click Next to read the note about Boot Operating System. 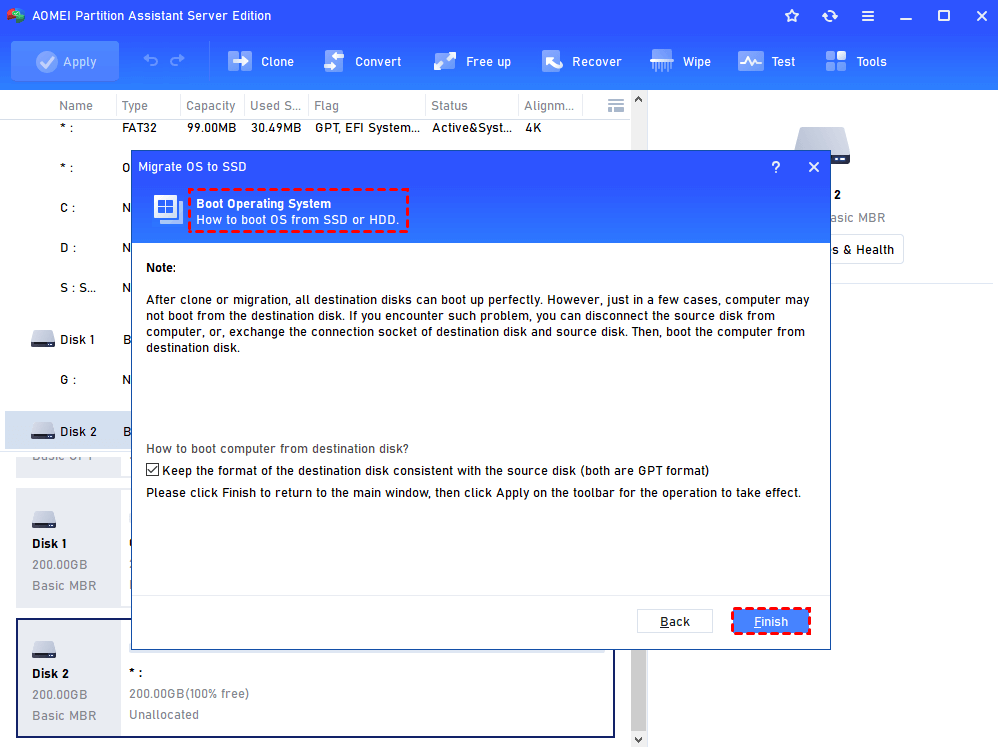 Step 5. Click Finish back to the main interface where you can preview changes. To save the changes, click Apply button to commit the Pending Operations.

Note: To boot from the SSD drive, you also need to change the boot order in BIOS to boot the computer from the destination disk.

With AOMEI Partition Assistant, you can easily migrate Windows server 2003 to SSD. As a versatile Disk Management for Server 2003, this tool can also convert to GPT/MBR, clone disk, extend C drive, etc.