Repair “BOOTMGR is missing” in Windows 2008 R2 from DVD Easily

The error: BOOTMGR is missing in Windows 2008 R2 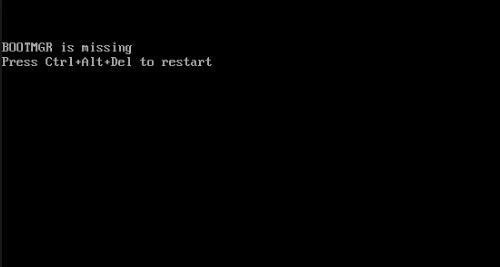 However, the BOOTMGR file locates in System Reserved Partition (or C drive in some cases) and set as read-only and hidden. As a result, it is not easy to delete or modify the file accidentally. Then, where did the BOOTMGR image go?

Possible causes for Boot Manager is missing in Windows 2008 R2

In general, the problem could be the BOOTMGR itself or the related booting part. To be specific, there are several causes as described below for boot failed Windows Boot Manager in Server 2008.

BOOTMGR missing error could be caused by any of said factors. But what counts next is to figure out how to solve the error effectively.

To get Server 2008 R2 fixed and successfully boot, you’ll need the help of Windows installation DVD. But in the first place, please try these measurements: reboot Server, check boot order and reconnect all physical disks or virtual disks. If none of those help, let’s get to know the solutions specifically.

Notice: to fix BOOTMGR is missing in Windows 2008 r2 of VMware, please connect the OS installation disc (.iso) to the CDROM.

1.4. Select Command Prompt in this window. 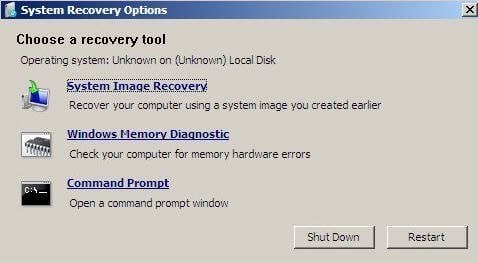 In the Command Prompt, you can execute different commands based on different causes. Several common situations will be illustrated one by one.

Step 2. When it is the problem of boot sector, MBR or BCD file

2.1 In the Command Prompt type rename c:\boot\BCD bcd.old (to backup your BCD file just in case) and press Enter.

2.2 Execute these command successively and press Enter after each input:

Tips: if the Server has the Hyper-v role installed be sure to run “bcdedit /set hypervisorlaunchtype auto” and then reboot.

Absolutely, you can fix MBR for Windows 2008 R2 in an easier way with other tools, if above steps does not help. AOMEI Partition Assistant Server is a dedicated manager for Windows Server OS. Two main steps only are required for Server 2008 MBR repairing.

1. Since the Server 2008 R2 cannot boot, you need to create a bootable device first. Prepare a USB drive. Install and launch AOMEI Partition Assistant Server on a work machine. Click on Make Bootable Media and complete the wizard on that machine. 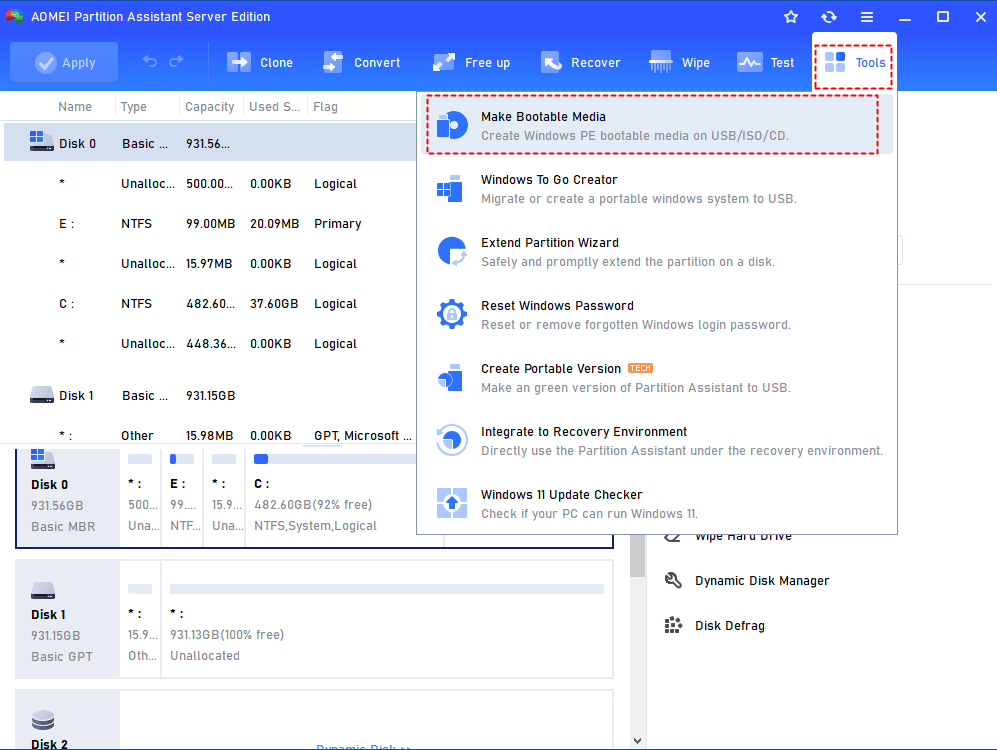 2. Boot Server 2008 R2 from the bootable USB drive. Find the disk that has corrupted MBR, right click it and select Rebuild MBR. Choose the right MBR type in the next window, and then click Apply to execute.

Step 3. When the partition where BOOTMGR locates is not set as Active

3.2 Type diskpart and press Enter. And then, run following commands.

NOTE: you may get “Operating system: Unknown or (Unknown) Local Disk” return message when you repair with Windows Server 2008 R2 x64 DVD. In that case, you can try typing “BCDBoot C:\Windows” to fix. If that does not work, turn to a Windows 7 x64 DVD and try again.

The Windows 2008 R2 problem somehow can be fixed by Windows 7 installation disc, which is tested by its users. But first three steps need to be finished with Windows Server 2008 R2 x64 DVD.

1. Access a Command Prompt in Windows 2008 R2 DVD as guided before.

6. Boot your Server from the Windows 7 DVD and do a repair.

7. Reboot from the DVD again and do a repair. Keep doing this process until there is nothing wrong.

It is suggested to backup Windows Server 2008 after all problems settled. You can easily restore your Server to a normal state with a system backup image once disaster happens.

You May Also Like
How to Repair Server 2012 R2 Using SFC Scannow Command?
Fixed: BOOTMGR Is Missing in HP Desktop or Laptop (6 Solutions Included)
Save You from Disk Boot Failure in Windows 10 ( 4 ways included)