If you want to know how to move OS to a new Samsung SSD without reinstalling in Windows 11/10/8/7, you can refer to this post. You will learn a powerful data migration software to transfer OS safely and easily.

Why move OS to a new Samsung SSD? 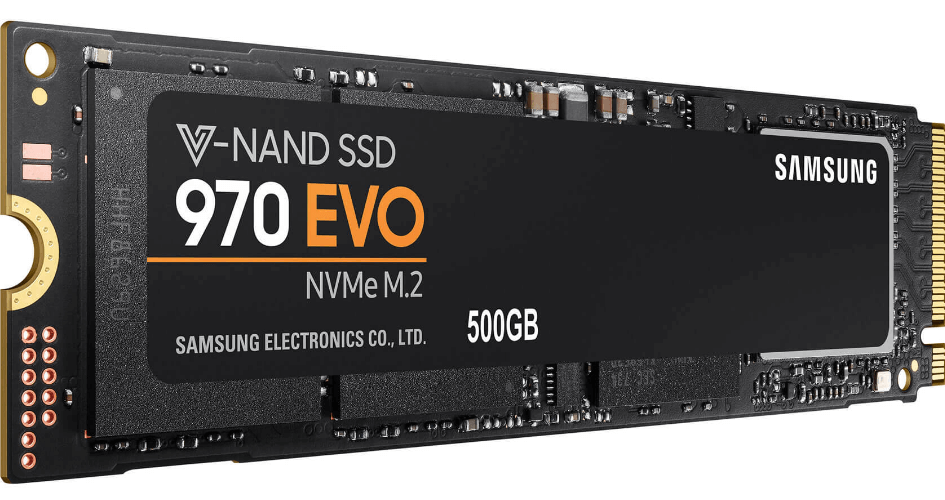 Compared with traditional HDD, SSD provides faster read and write speed. Therefore, moving OS to a new Samsung SSD drive will greatly improve your PC experience. No matter use it as the replacement of the existing data disk or the existing system disk, Samsung SSD does a great job. Using SSD for OS and HDD for storage can be a good choice to store data.

What’s more, cloning OS to SSD saves time and effort because you don’t have to reinstall applications and reconfigure Windows settings. Well, do you have any idea about how to transfer OS from HDD to Samsung SSD? You may need a reliable to do it.

What tool should you choose to migrate Windows OS?

It is known that Samsung SSD usually provides dedicated data migration software named Samsung Data Migration (SDM). That software will clone the old hard drive to a new Samsung SSD without reinstalling. That means everything will be cloned to a Samsung SSD, including the operating system and personal data. For a user who wants to move only OS to a Samsung SSD, that application won’t be much helpful.

In that case, I think it is worth trying AOMEI Partition Assistant Professional, which is more flexible than Samsung Data Migration. Specifically, this partition manager can move only OS drive to SSD or clone entire system disk from HDD to Samsung SSD depends on you. The following example will show you how to move OS to a new Samsung SSD.

Step-by-step: Migrate OS to a new Samsung SSD without reinstalling

In this part, I will show you how to migrate OS to a new Samsung SSD with AOMEI Partition Assistant Professional. If you are interested, please refer to the following:

1. Shut down your PC, install a Samsung SSD by plugging a SATA cable into the motherboard’s SATA controller, and connect the other end of the cable and a SATA power connector to the new SSD. You can use an external USB adapter as well.

2. Install and run AOMEI Partition Assistant Professional. Click Migrate OS to SSD in the left pane and read the preface in the next window.

3. Select the Samsung SSD here as the target disk. Check the option "I want to delete all partitions on this disk 2 to migrate system to the disk" if there is (are) partition(s).

4. Resize the system partition on the target disk Samsung SSD if you wish.

5. Here is a Note that may be useful later.

6. What you can see now is the virtual outcome of the above operations. Click Apply to make it real.

After migrating Windows to a Samsung SSD, to successfully boot computer from it, you must go into BIOS setup and change the Samsung SSD's boot order as the first boot device. In this way, the computer will boot from the SSD.

If you change your mind and plan to clone old HDD to Samsung SSD with Samsung Data Migration, this article also introduces how to migrate data with it briefly. 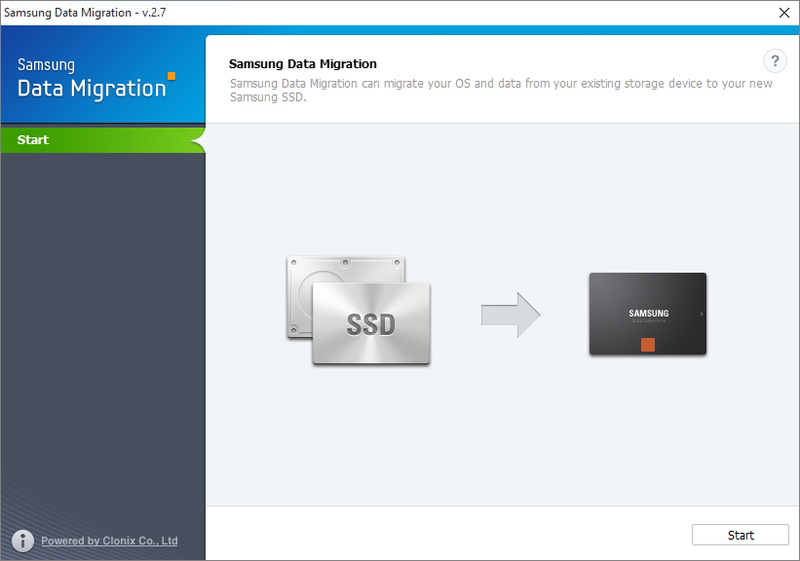 Step 2. Choose the source disk you want to move and the target disk. Then, click Start. 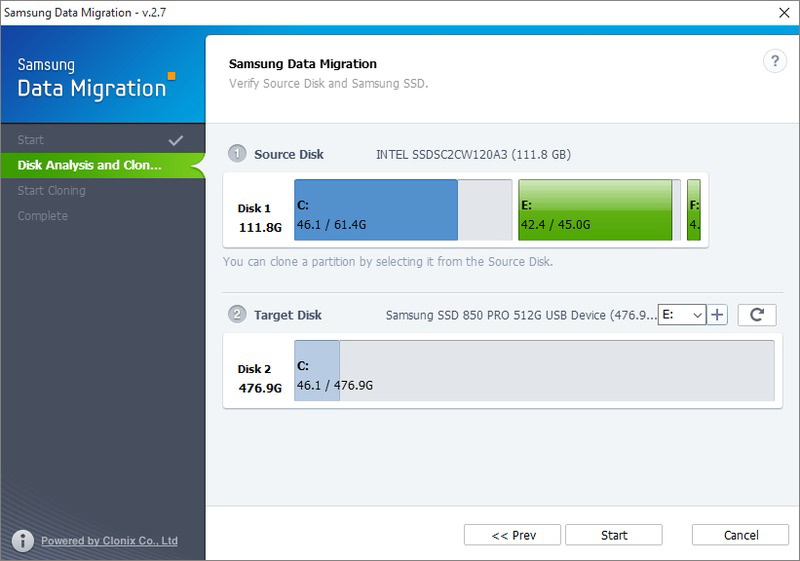 Step 3. Read the warning, it will remind you that all data on the target disk will be deleted and cannot be recovered. Also, files that are open on the source disk cannot be cloned. So you need to close all running files before cloning and make sure to select the correct disk as the target disk. Then, click Yes, and the cloning process will now begin. 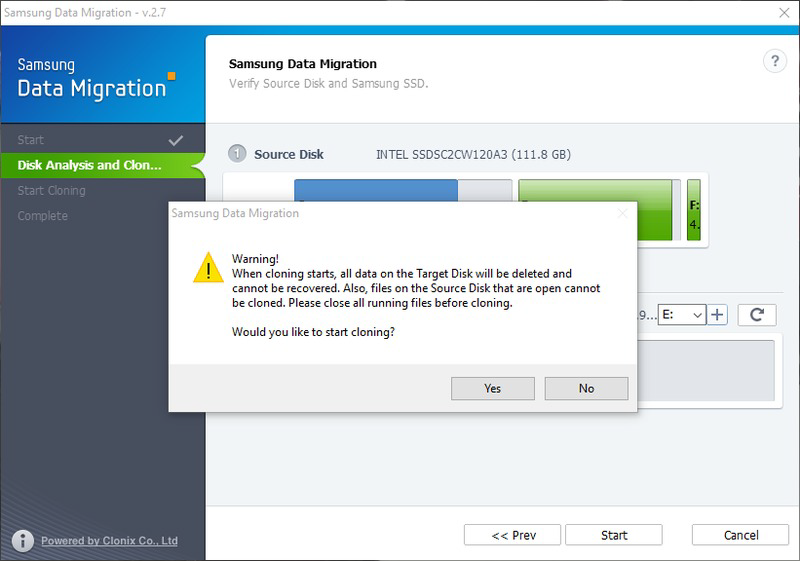 AOMEI Partition Assistant is an effective tool to move OS to a new Samsung SSD. In fact, this tool can apply to other brands of SSD, like Crucial SSD, Kingston SSD, and SanDisk SSD. This partition manager is compatible with GPT disk and MBR disk, so you can transfer OS from GPT disk to SSD without reinstalling. AOMEI Partition Assistant could be used in Windows XP, Vista, 7, 8, 8.1, 10, and 11, so feel free to download it.