Xbox 360 and Xbox One regard FAT32 as the standard file system. Xbox 360/One may not recognize NTFS USB hard drive. In this case, you need to change game file system from NTFS to FAT32 by reformatting or converting with AOMEI Partition without data loss.

About FAT32 and NTFS

FAT (File Allocation Table) was introduced in 1977 by Bill Gates for managing hard disk, while the first version of NTFS (New Technology File System) was introduced in 1993. NTFS is used with Windows XP and later versions of Windows. FAT32 is used primarily for simple file management. NTFS is used for advanced file management, and has speed, hard drive capacity, and security advantages over FAT32. NTFS also has the advantage in features such as automatic file compression, allowing files that are written to the hard drive to be automatically compressed.

"Why my Xbox 360 cannot recognize USB drives formatted in NTFS?" This is a problem that has confused many people. Then what’s the real reason for that? Well, there is only one thing that stops a hard drive from being compatible with the Xbox 360 - File System.

Some people may do not know what kind of file system does Xbox 360 and Xbox One support, or even do not know the difference between NTFS and FAT32. NTFS and FAT32 are two types of file system, FAT32 has many weaknesses in comparing with NTFS, but it is compatible with more game consoles such as Xbox 360 and Xbox One. That’s the reason why Xbox 360 does not support NTFS format, it supports FAT32; so does Xbox One. If you encountered the file system problems, make conversions between the two file systems is the only solution. If your Xbox 360 or Xbox One cannot recognize the NTFS formatted USB, you need to convert NTFS to FAT32. Usually, we have two ways to do this.

Xbox 360 or Xbox One hard drive file format is easy and quick. Normally, Windows built-in utility could be the first way for people to convert NTFS to FAT32. Also, there are many third party programs which can complete this task in a more advanced safe and easy way. No matter which tool you are going to make use of, before conversion, you need to insert the USB flash drive into a computer.

Step 1.Open Disk Management (DM) first, right click on the drive that you want to format and select "Format…". 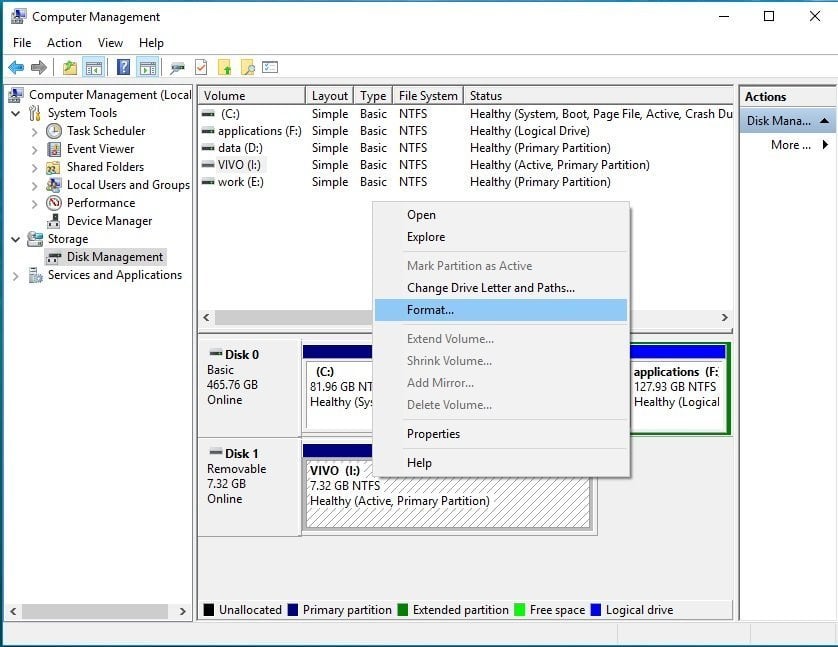 Note: DM will wipe all data on the disk out. Therefore, you have tobackup important data or move them out before conversion. If you do not want to bother yourself to deal with data matters, just choose the next Way 2 to do Xbox 360 hard drive format. 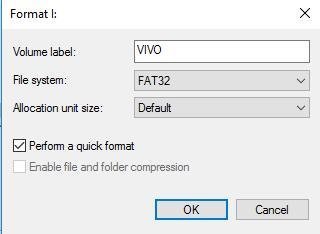 After all these operations, you will succeed to in formatting to FAT32 to support Xbox 360 and Xbox One. Is there any way to convert NTFS to FAT32 without formatting? You may refer to Way 2.

Convert NTFS to FAT32 with Windows format tool is a good way, but it’s a little complicated and could be risky of losing data. Besides, Disk Management can’t format NTFS partition larger than 32 GB to FAT32. To prevent from data loss and convert limitation, we need to apply the FREE partition software.

Its built-in NTFS to FAT32 Converter allows you to make conversions between NTFS and FAT32 to support Xbox 360/One with a safe and quick method by a few clicks of the mouse to prevent from data loss. If your drive size is larger than 32GB, you would be failed to format NTFS to FAT32 with Windows built-in tool, but AOMEI Partition Assistant pushes some of the limits. Actually, AOMEI Partition Assistant possesses more powerful functions, which may help you solve some other problems: