What is PBR Image?

Generally, PBR stands for Partition Boot Record and it’s the first block of any bootable partition, and the PBR Image drive (no drive letter) is formatted with NTFS file system and contains the recovery image (PBR Image) in Dell computer. You could use PBR image to restore system in case of system or hardware failure.Thus, it’s not recommended to delete PBR Image drive.

Typically, in Windows 8.1 and 10, the PBR Image protection is OFF, you could turn on the protection settings of PBR Image drive as below: 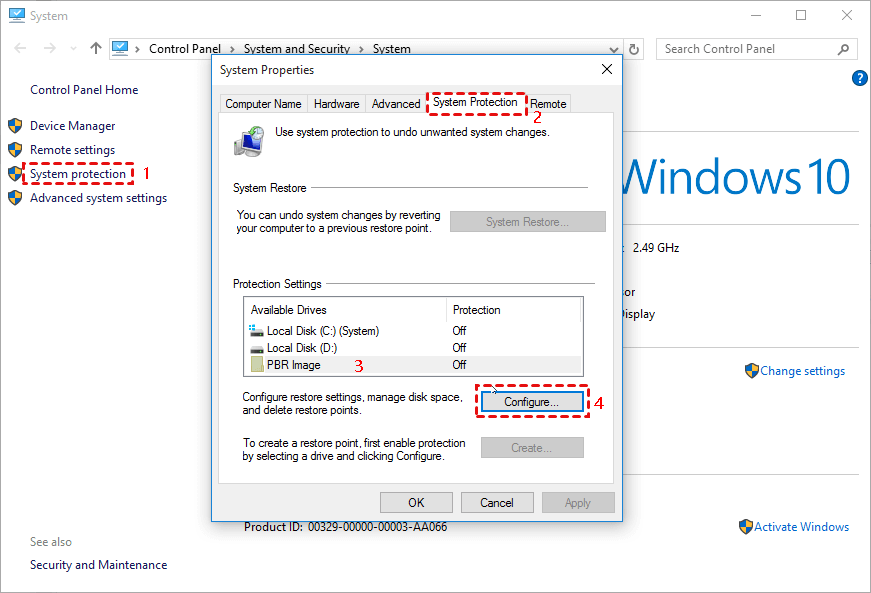 3. In the next window, check Turn on system protection option, and then click "Apply" -> "OK". 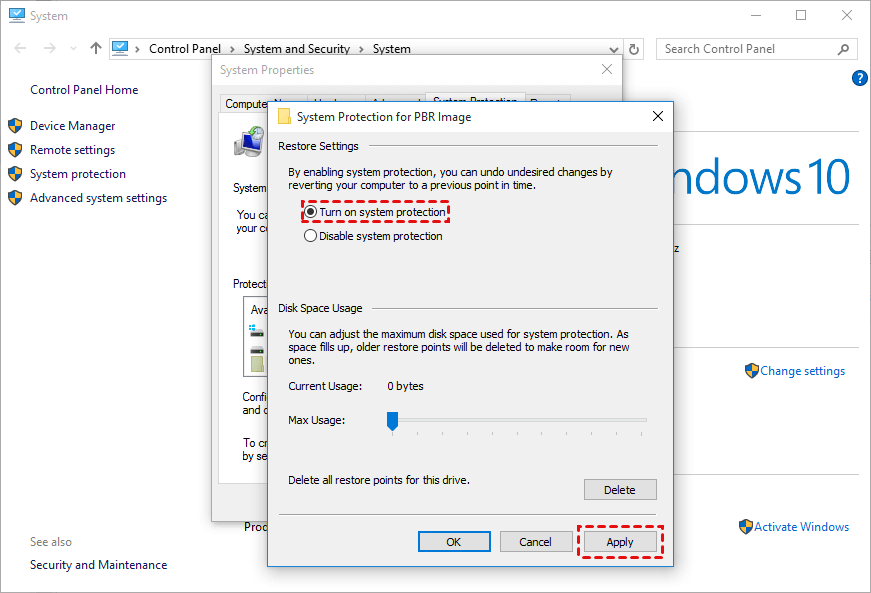 4. Then you could create restore point right now for the PBR Image that has system protection turned on.

Some users look for help on the forum like this:

When you got the low disk space error in your PBR Image drive, it’s probably due to Dell Backup and Recovery write to PBR Image. You could change the destination of data backup to free up space in PBR Image, or you could extend the PBR image drive with unallocated space. Here we will show you how to merge PBR image partition and the unallocated space with AOMEI Partition Assistant Standard, now you could download it to have a try.

Notes:✎...
if there is not unallocated space available on the disk for extending PBR image partition, you can first shrink another partition with lots of unused free space to get one and follow the steps below. 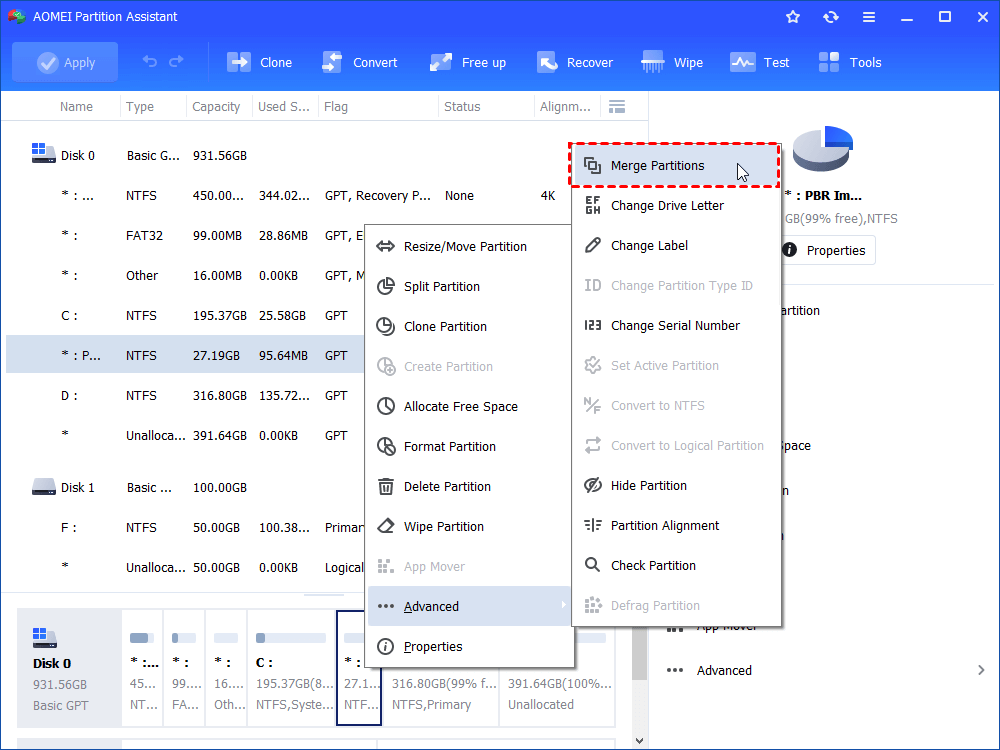 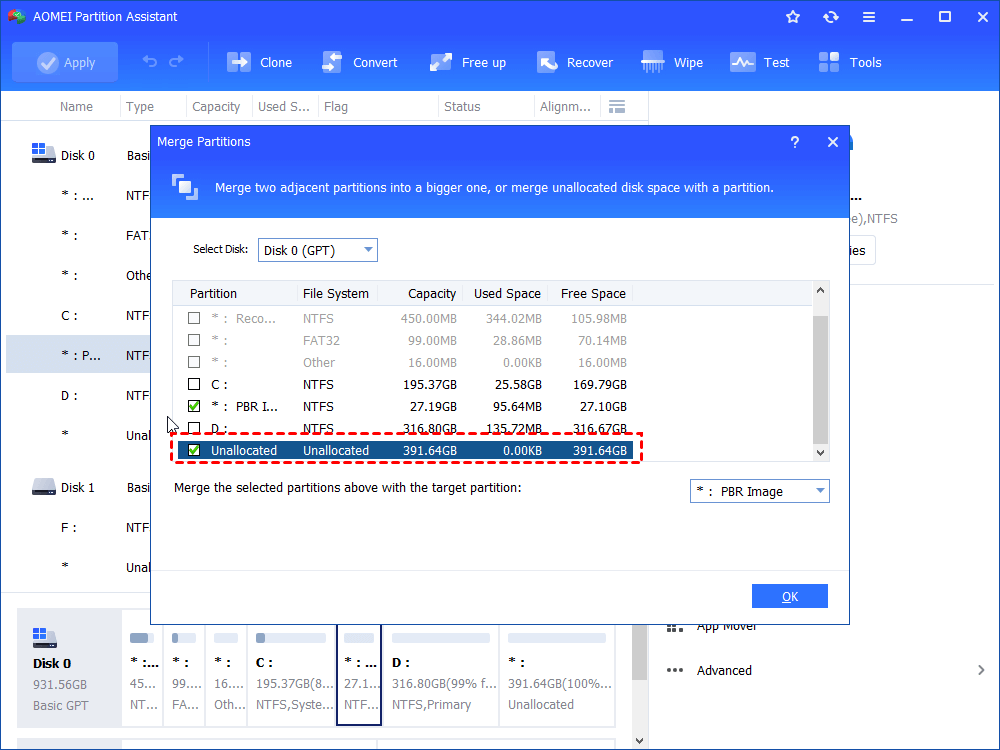 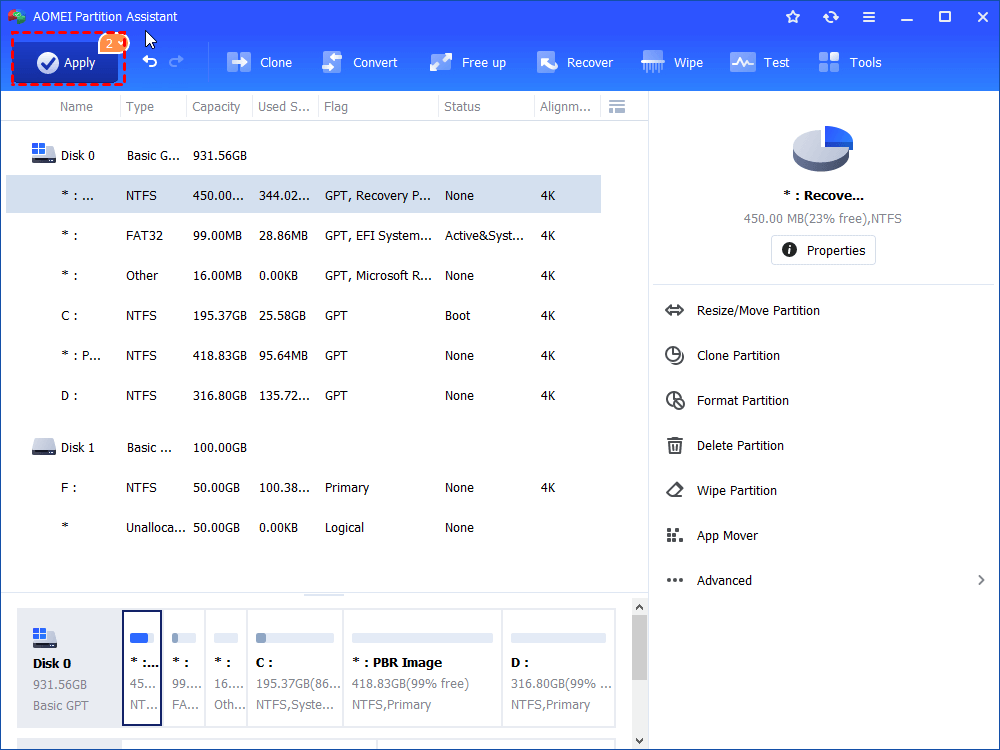 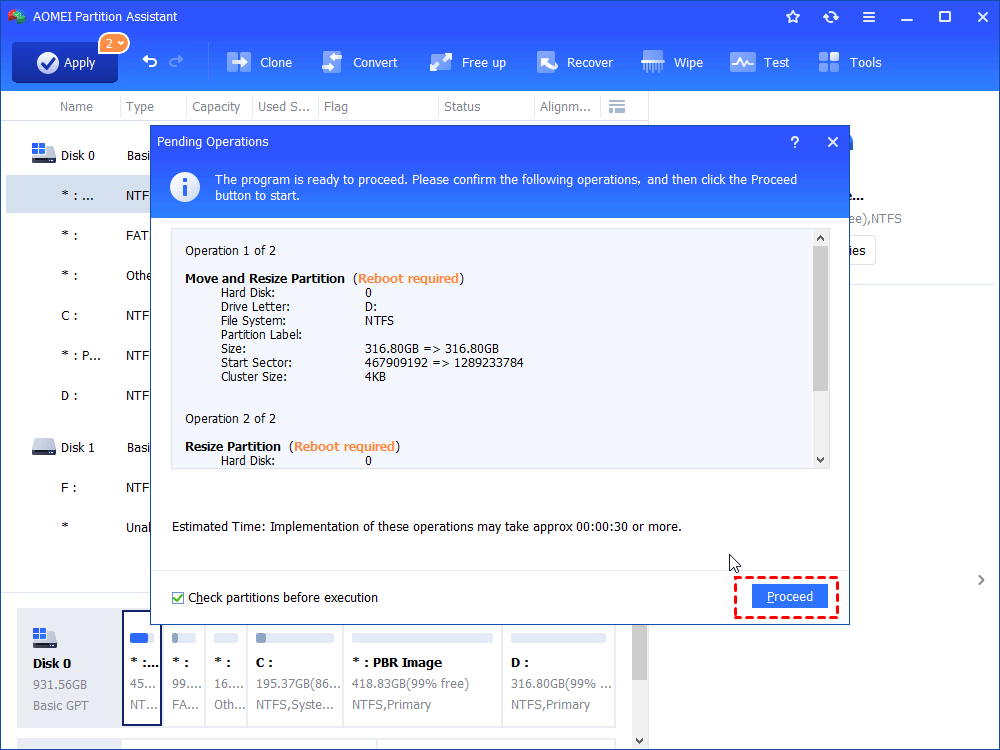 Then, you would not get low disk space error on the PBR image partition anymore. Besides, if you upgrade to Professional edition, you can directly transfer free space from other partitions to the almost full (PBR Image) drive via its “Allocate Free Space” feature. And it also allows you to migrate OS to larger or smaller SSD, convert between MBR and GPT without losing data, convert primary partition to logical, and vice versa.

If you delete Dell PBR Image partition already, and do not want to restore it, you could try Windows 7 Backup and Restore to create backups, or the third party backup software - AOMEI Backupper with more flexible functions, like schedule backup, real time sync, system clone, incremental and differential backup, and so on.

Furthermore, you might meet the PBR Image partition visible situation somehow, and shows with Y drive, just restart several times to see if it’s hidden. Or you could remove drive letter for that partition.