How do you Migrate OS to SSD from HDD while Keeping Files on HDD?

With AOMEI Partition Assistant, you can easily migrate Windows OS drive only to SSD from HDD while keeping files and software on HDD. In this way, you can move only OS to SSD without reinstalling.

Why migrate only OS to SSD from HDD?

Generally, there are two main reasons to explain why people want to move only OS to SSD from HDD or another SSD. First of all, the improvement of the operating system is good enough for him or her. Maybe he or she just wants to keep OS separately running with other installed software. This group of the user who uses SSD for OS only normally has fewer requirements for PC configuration and doesn’t install large-sized games there.

The other one mostly comes from the objective factor, the limitation of SSD size. Even though SSDs come with larger capacity and more affordable prices, it is still far away from the needs of people’s daily use, especially the one who installed large software in particular. Therefore, to migrate OS to SSD from HDD while keeping files on HDD is an inevitable decision they have to make.

How to migrate only OS drive to SSD?

Traditional tools in Windows may disappoint its users in this field. If you insist on using Windows internal tools to move OS to SSD, try backing up system (create a system image) and then restoring the image on SSD. Remove HDD to test if it works fine and then format the previous system partition under Windows PE mode. You may think about third-party cloning software as well. As a matter of fact, the success of this migration depends on the system state on your hard drive. Most of them offer the disk clone function, which moves everything from one disk to another. This is no different from backing up the disk and restoring the image.

Fortunately, some professional partition managers like AOMEI Partition Assistant Professional can help migrate OS to SSD from HDD while keeping files on HDD. It allows you to resize the system partition on the SSD before migration, which would be very useful if you have other plans for the SSD. Considering that the destination disk is an SSD, this software will automatically align system partition to fully optimize the SSD drive performance. More importantly, AOMEI Partition Assistant ensures a successful boot from the target disk SSD. So, it is really worth trying.

Steps of migrating OS to SSD while keeping files on HDD

Now, you can download the demo version, check out the preliminary work, and start moving only OS to SSD while keeping files on HDD.

★Preliminary Work:
Connect the SSD to your computer. Choose a proper adaptor or external dock to connect when necessary.
You can move apps from C drive to D drive or another drive to slim down the system partition to make it easy to fit the SSD capacity.
Back up data on the SSD drive. The migration requires an unallocated space on the target SSD drive. You might need to shrink or delete another partition to get such space.
If you are migrating OS from MBR disk to GPT SSD, please ensure your operating system is 64-bit and the motherboard supports UEFI/EFI boot mode. Otherwise, you need to upgrade the OS from 32-bit to 64-bit, or convert the SSD to MBR, as same as the source disk.

First of all, install the SSD on your PC. Then install and boot AOMEI Partition Assistant. Click Migrate OS to SSD in the left pane.

Third, change the system partition size to your desire value.

Fourth, pay attention to the Note here. It may be useful later.

Fifth, confirm the virtual result. If everything’s fine, click Apply to execute it.

Note: This migration will move the entire C drive to SSD. However, the personal files you created on other partitions like E drive will not be moved and stay on the HDD. To boot computer from the destination disk, you have to enter BIOS to change the boot order. 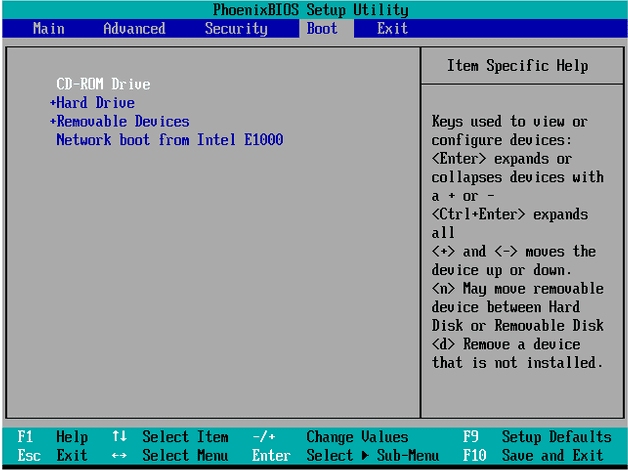 How do you migrate OS to SSD from HDD while keeping files on HDD? Obviously, AOMEI Partition Assistant answers this question quite well. Easy steps and graphical interface, there is no excuse for denying such a helpful migrating tool. Speaking of helpful, you can use it to create bootable Windows to go USB drive, make Sandisk USB bootable, for example. It can be used to resize partitions, merge partitions, so it will be handy when you want to extend system drive into non-contiguous space. The transmission between GPT and MBR, NTFS and FAT32, logical and primary are available, too.

You May Also Like
Migrate Windows OS from GPT Disk to MBR SSD without Reinstalling
How to Separate OS from Programs with the Easiest Disk Manager?
How to Copy OS from Laptop to Pen Drive and Make It Bootable?