Rebuild MBR could help you solve some problems such as system missing, or system could not boot up. Use the latest MBR repair tool - partition assistant to rebuild MBR easily and safely.

From time to time you may get the error message “system missing” or "operating system not found" when you boot up your system. Actually, this does not mean that your system does not exist; such errors are most likely caused by damaged Master Boot Record (MBR). In this case, you need to use some special tool to repair corrupted MBR to the computer without destroying any data. Now we have added the Rebuild MBR feature in AOMEI Partition Assistant. The following are the detailed steps about how to rebuild MBR with AOMEI Partition Assistant.

Step 1: Select the system disk which can not boot and right-click the disk to choose "Rebuild MBR", or in the left side interface of Aomei Partition Assistant, and select "Disk Operations"-> "Rebuild MBR". 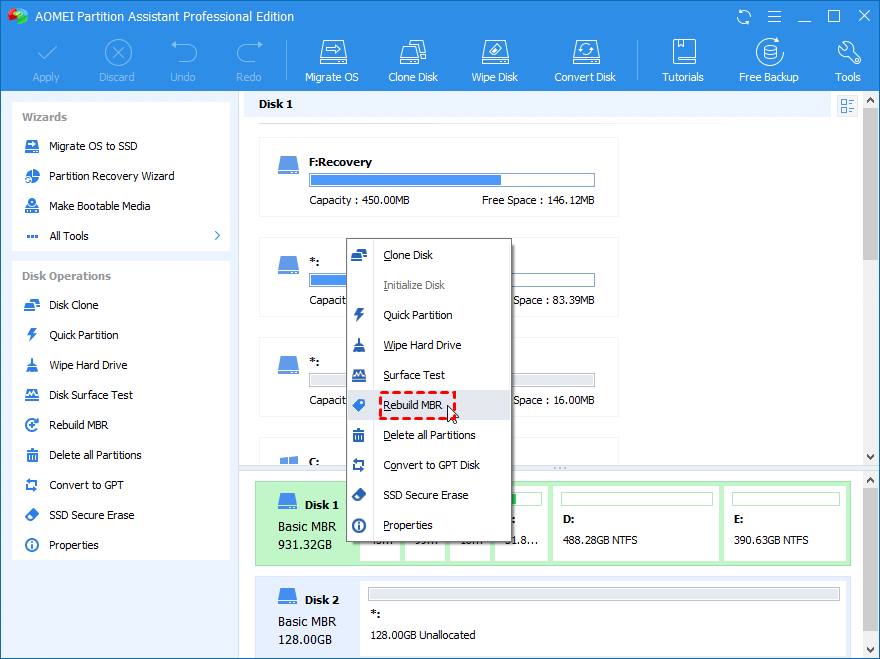 Step 2: Set up the type of MBR to rebuild in "Rebuild MBR" window. And then the program will set the type of MBR for your OS. (Choose a proper MBR type according to your operating system) 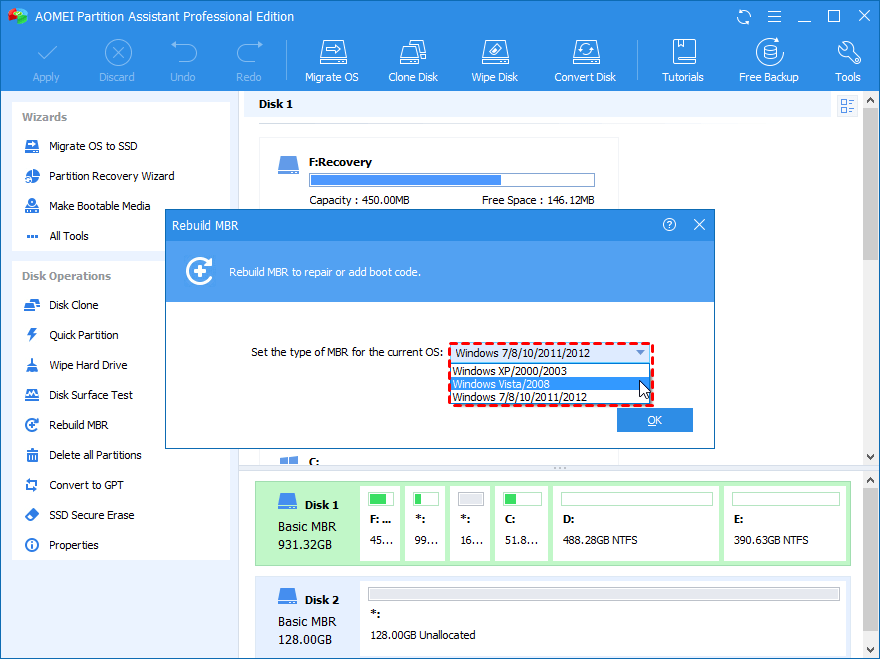 Step 3: Click "Apply" on the toolbar to commit the operation. 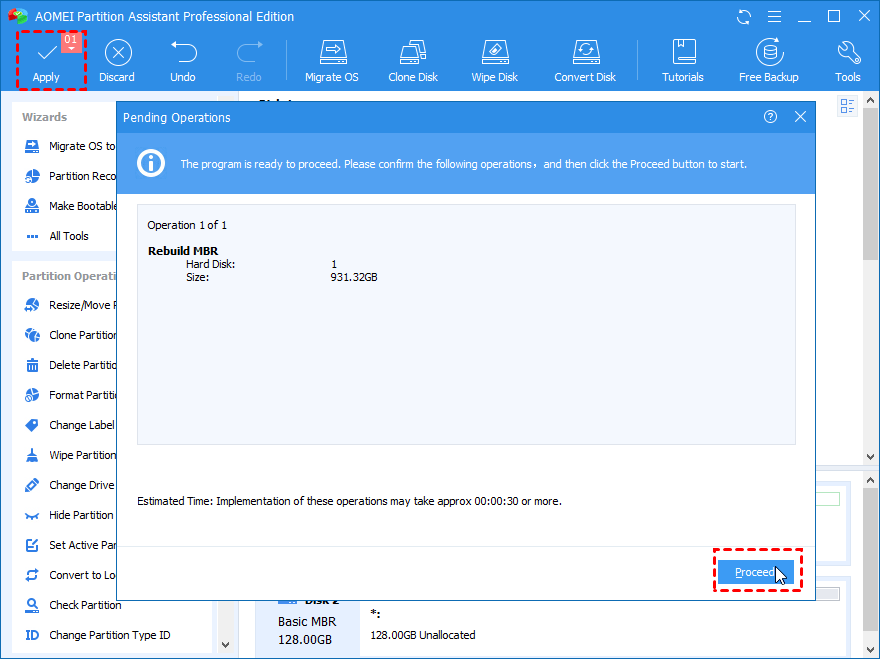